SACRAMENTO, Calif., April 18, 2018 /PRNewswire/ -- McClatchy today named Rodney Mahone as president and publisher of The Charlotte Observer, The State in Columbia, SC, The Herald, in Rock Hill, SC, The Island Packet and Beaufort Gazette in Hilton Head, SC, and also named Ross McDuffie as Georgia general manager and advertising vice president, based in Columbus. They will begin in their new roles at the beginning of June.

Mahone succeeds Ann Caulkins who is stepping down after 12 years as publisher of The Charlotte Observer and almost 35 years at McClatchy and its predecessor companies. 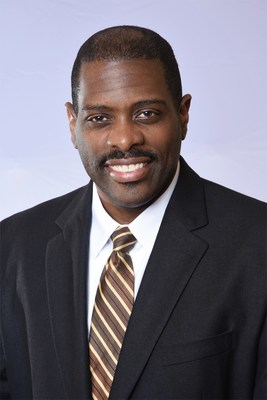 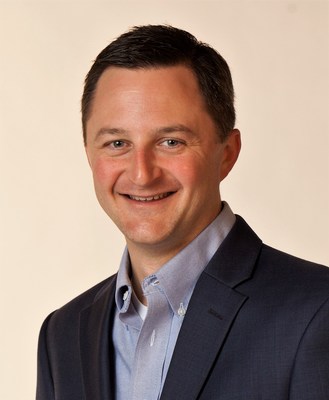 "We are so grateful for Ann's thoughtful and energetic leadership over the past three decades at McClatchy," said Sara Glines, publisher of McClatchy's Carolina region. "We are very proud of her many accomplishments and most recently: Charlotte Will, a coalition of leaders from public, private and non-profit organizations that developed solutions to help put low-income people on a path to prosperity, and the Charlotte Observer Summer Camp program, that raised more than $1.5 million to send low-income children to camp."

Previously, Mahone led McClatchy's Columbus Ledger-Enquirer and The (Macon) Telegraph in the role of Georgia regional president and publisher.

"Rodney is a strong and creative leader who has driven innovation and digital transformation in challenging times for local journalism," said Glines. "He is also a catalyst, someone who has thoughtfully combined his entrepreneurial vision, energy and deep commitment to our communities to launch new initiatives and collaborations that have brought together diverse stakeholders and improved lives. The experience and insight he brings will make a significant impact on our business and communities."

A lifelong resident of Columbus, Georgia, and a 28-year veteran at McClatchy, Rodney is an engaged citizen and highly-effective leader. He was instrumental in the launch of Together Columbus, an innovative two-year public-private partnership that resulted in a $344,000 investment in the community. As a result of his leadership of this initiative, The Ledger-Enquirer was recognized by Editor & Publisher as one of the 10 newspapers in the United States "That Do It Right."

"I am excited and honored to lead The Charlotte Observer and continue its strong tradition of local journalism and service to the community," said Mahone. "I will have big shoes to fill with Ann Caulkins' departure. Her leadership and vision has been a beacon to me and all of my colleagues from across McClatchy. Although Georgia will always be in my heart, I look forward to collaborating with our teams and partners in Charlotte, Columbia, Rock Hill and Hilton Head to continue to produce local journalism that is essential to the communities and business partners we serve."

Mahone began his career with The Ledger-Enquirer in 1990 in the circulation department. He advanced from outside sales to several leadership roles within the advertising division, including vice president of advertising in 2009.  As an advertising executive, he was an American Advertising Federation Silver Medal Award winner and served as president of the Ad Federation of Columbus.

Mahone is a 2012 alumni of Leadership Georgia, served on the Board of Directors for the Boys and Girls Club of Columbus, the Muscogee Educational Excellence Foundation, and chaired the Board of Directors for United Way and New Birth Outreach Church. He also chaired the local United Way Campaign in 2012. Currently, he serves on the boards of the Community Foundation of the Chattahoochee Valley, United Way, Columbus Technical College Foundation, and is working with the implementation team for the Regional Prosperity Initiative.  He is also a member of Alpha Phi Alpha Fraternity Inc. and the Rotary Club of Columbus.

Ross McDuffie joined McClatchy in 2010 as a member of the Ledger-Enquirer advertising sales team. He was promoted several times over the past eight years and  was named regional vice president / advertising for McClatchy's Georgia markets with oversight of Columbus, Macon and excelerateTM Atlanta in 2017. Most recently, he was named to Editor & Publisher's "25 under 35" list in recognition of his career achievements. He is also the recipient of two Emmy nominations for his work in interactive media.

"Ross' tenure at McClatchy has been marked with consistently strong growth in digital advertising revenue, the creation of an agency culture in McClatchy's Georgia markets and a fierce commitment to supporting quality local journalism," said Alexandra Villoch, president and publisher of Miami Herald Media Company and McClatchy East region publisher. "His energy and vision will drive our continued success and leadership in the state."

"I've been surrounded by great leadership throughout my career at McClatchy and Rodney Mahone has been a great mentor to me every step of the way," said McDuffie. "I step into this role with a sense of pride to carry on what Rodney started: a commitment to quality local journalism exercised with fierce independence, and a passion for the innovation that allows us to remain essential to our communities and our advertisers."

Like Mahone, McDuffie is a native of Columbus and is actively engaged in community service. He is a board member of Open Door Community House, Columbus Symphony Orchestra and sits on the advisory council of Columbus State University Department of Communications.

About McClatchy  McClatchy operates 30 media companies in 14 states, providing each of its communities with high-quality news and advertising services in a wide array of digital and print formats. McClatchy is a publisher of iconic brands such as the Miami Herald, The Kansas City Star, The Sacramento Bee, The Charlotte Observer, The (Raleigh) News & Observer, and the (Fort Worth) Star-Telegram. McClatchy is headquartered in Sacramento, Calif., and listed on the New York Stock Exchange American under the symbol MNI. #ReadLocal