DUBUQUE, Iowa, July 21, 2020 /PRNewswire/ -- Today the national food safety law firm of Ron Simon & Associates, along with Iowa-based co-counsel the Hammer Law Firm, filed the first lawsuit stemming from E. coli O103-contaminated sandwiches sold at Jimmy John's locations in Iowa. The lawsuit follows an FDA warning letter to Jimmy John's and a history of Salmonella and E. coli outbreaks at the restaurant chain going back more than a decade. 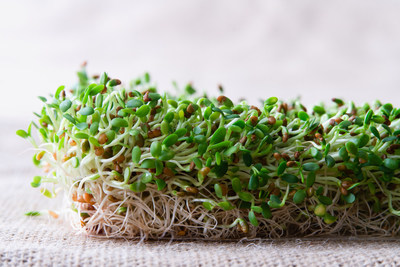 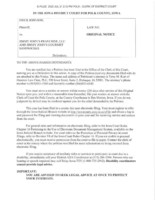 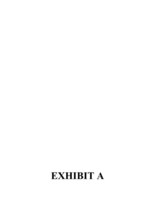 After Johnson tested positive for E. coli O103, the Greene County Health Department notified the Iowa Department of Public Health, which determined that he was sickened by the strain associated with the Jimmy John's E. coli outbreak.

A copy of the lawsuit, which details these allegations, is available on request.

The Iowa Department of Public Health has reported that a total of 22 people from Iowa have been infected with the outbreak strain of E. coli O103. All of the victims were interviewed by the health officials, and all confirmed that they had consumed Jimmy John's sandwiches prior to their E. coli illnesses.

The Iowa Department of Inspections tested samples of sprouts served at Jimmy John's and also the water used to irrigate the sprouts at the farm on which they were grown. Both tested positive for E. coli O103. Health officials thereafter concluded that the contaminated sprouts sold on Jimmy John's sandwiches were the vehicle for the E. coli O103 outbreak.

Jimmy John's has since pulled sprouts from all of its locations in the United States, following this outbreak and a stern letter from the FDA which stated:

"In this letter we detail evidence from five outbreaks, including the most recent outbreak in the state of Iowa during December 2019 of human infections with Escherichia coli O103. The evidence demonstrates that your corporation, through your franchised Jimmy John's restaurants, engaged in a pattern of receiving and offering for sale adulterated fresh produce, specifically clover sprouts and cucumbers."

Lead attorney Ron Simon, who represents Erick Johnson and other victims of this and numerous other Jimmy John's food poisoning outbreaks, issued the following statement today: "The allegations in the Warning Letter from the U.S. Food and Drug Administration are just the tip of the iceberg. My firm has represented many victims in numerous Jimmy John's outbreaks. Through this lawsuit, we will endeavor to put an end to this seemingly endless cycle of foodborne illness from Jimmy John's."

Over the last 20 years, Ron Simon and his colleagues have prosecuted thousands of food poisoning cases for victims across the United States.  His work has resulted in numerous upgrades to food safety procedures in Fortune 500 companies and in legislation designed to protect consumers from dangerous foodborne pathogens.

Mr. Simon and his clients have been featured on NBC, ABC, CBS, CNN, FOX, and virtually all other major television networks and print media.   Mr. Simon has collected over $750,000,000 for his clients.  He regularly publishes articles about food safety and litigation at www.foodpoisoningnews.com which are read by viewers in over 180 countries.