LOS ANGELES, Oct. 25, 2019 /PRNewswire/ -- For the fourth year in a row, AXS has created a larger-than-life pumpkin sculpture of a music icon. For 2019, AXS selected the best pumpkin from the patch and headed to Texas to hold court with the King of Country himself, George Strait. Soundtracked to Strait's hit singles "We Really Shouldn't Be Doing This," "Write This Down" and more, the life-like carving captures Strait's unmistakable rabble-rousing spirit, decking the pumpkin with the singer's trademark Stetson and winning cowboy smile. 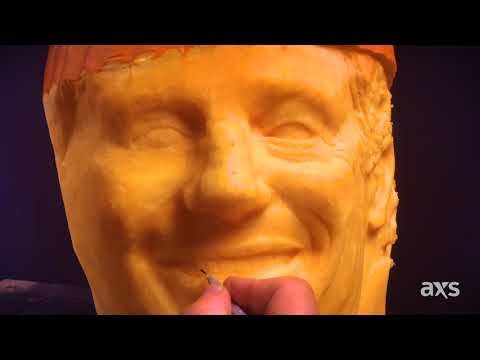 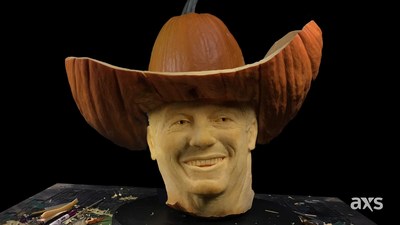 AXS created the George Strait pumpkin to celebrate the country giant's upcoming exclusive engagement at T-Mobile Arena in Las Vegas. Since 2018, Strait has set up camp in the Entertainment Capital of the World, headlining multiple shows at T-Mobile Arena with more on the way in 2020. Strait will perform at T-Mobile with Ashley McBryde as support this December 6 and 7 before returning again in February 2020 during his "Gone West" run.

The George Strait pumpkin (carved by pumpkin artist Jon Neill) continues AXS' Halloween tradition of carving life-like pumpkins of some of the world's greatest talent. In 2016, the Jon Bon Jovi pumpkin did the rounds, while Slash and Brendon Urie of Panic! At The Disco transformed into pumpkins in 2017 and 2018, respectively. Now, it's the King's turn.

The George Strait pumpkin is a creation and product of AXS Studios. AXS Studios is AXS' full-service, event and video production team that connects fans to the artists they love through engaging marketing activations and campaigns.