BOSTON, May 16, 2011 /PRNewswire/ -- Craft beer pioneer Jim Koch, founder and brewer of Samuel Adams beer, invites drinkers to explore the most extreme beer with the unveiling of the 2011 batch of Samuel Adams Utopias®, available this May. Meant to be savored like vintage fortified wine or fine cognac, this strong, rich, uncarbonated dark beer is best served as a two-ounce pour at room temperature in a snifter glass.

Samuel Adams Utopias is brewed in small batches, blended, and aged in the Barrel Room at the Samuel Adams Boston Brewery. Following its first release in 2002, Utopias received the coveted title of world's 'strongest beer commercially available' in the Guinness Book of World Records.  The 2011 offering of Samuel Adams Utopias weighs in at 27 percent alcohol by volume. The average beer is around 5 percent.

"Each time we begin the process of crafting our next evolution of Samuel Adams Utopias, we strive to make the new vintage more unique than the last, and the 2011 brew is no exception.  The brewers and I spent years perfecting it, experimenting with different barrels and aging techniques until we felt it lived up to the long-standing heritage of Samuel Adams Utopias — a quest to push the boundaries of beer," said Koch. "Since I first brewed Samuel Adams Boston Lager in my kitchen, I've made it my life's work to elevate beer and make people rethink the possibilities of what beer can be."

The 2011 batch of Samuel Adams Utopias is a blend of liquids which have been aged in a variety of wood casks for up to 18 years. This complex aging process enhances the beer's distinct vanilla, maple and cocoa notes, and it offers an aroma of ginger and cinnamon. Sherry casks from Spain and Portugal add nutty oak, toffee and honey notes, while Madeira and port casks offer a slightly more elegant, dark fruit aroma, imparting earthy flavors inherent to fine European spirits.  The complex flavors intensify individually over time, making Samuel Adams Utopias a very special brew that becomes even better with age.

Samuel Adams Utopias is brewed with both ale yeast and a variety typically reserved for champagne. A unique blend of several malts gives the beer its rich ruby color and three varieties of Noble hops — Spalt Spalter, Hallertau Mittelfrueh, and Tettnang Tettnanger — give the beer its floral character and spicy note.

The limited edition 2011 Samuel Adams Utopias comes from just 53 barrels, all brewed, blended and aged at the Samuel Adams Brewery in Boston.  This limited distribution brew is hand-bottled in numbered, ceramic brew kettle-shaped decanters, available at select specialty beer and liquor stores this May in honor of American Craft Beer Week.  Hitting shelves just in time for Father's Day, Samuel Adams Utopias is sold at a suggested retail price of $150.00 per bottle.  For more information, visit www.samueladams.com.

The History of Samuel Adams Utopias

For more than 27 years, Koch has been committed to elevating American beer drinkers' appreciation for full-flavored beer and changing people's perception of beer. From the introduction of Samuel Adams® Triple Bock in 1993 to this most recent iteration of Samuel Adams Utopias, Koch has carved out a new category in the craft beer world, challenging American palates and introducing drinkers to "extreme brews." The 2011 Samuel Adams Utopias continues to push the outermost boundary of beer and champions the respect this noble beverage deserves.

The Boston Beer Company began in 1984 with a generations-old family recipe that Founder and Brewer Jim Koch uncovered in his father's attic. After bringing the recipe to life in his kitchen, Jim brought it to bars in Boston with the belief that drinkers would appreciate a complex, full-flavored beer, brewed fresh in America. That beer was Samuel Adams Boston Lager®, and it helped catalyze what became known as the American craft beer revolution.

Today, the Company brews more than 30 styles of beer.  The Company uses the traditional four vessel brewing process and often takes extra steps like dry-hopping, barrel-aging and a secondary fermentation known as krausening. It passionately pursues the development of new styles and the perfection of its classic beers by constantly searching for the world's finest ingredients. While resurrecting traditional brewing methods, the Company has earned a reputation as a pioneer in another revolution, the "extreme beer" movement, where it seeks to challenge drinkers' perceptions of what beer can be. The Boston Beer Company strives to elevate the image of American craft beer by entering festivals and competitions the world over, and in the past five years it has won more awards in international beer competitions than any other brewery in the world. The Company remains independent, and brewing quality beer remains its single focus. While Samuel Adams is the country's largest-selling craft beer, it accounts for just under one percent of the U.S. beer market. For more information, please visit www.samueladams.com.

Named Sam Adams? Have a Cold Sam Adams on Sam Adams...for the... 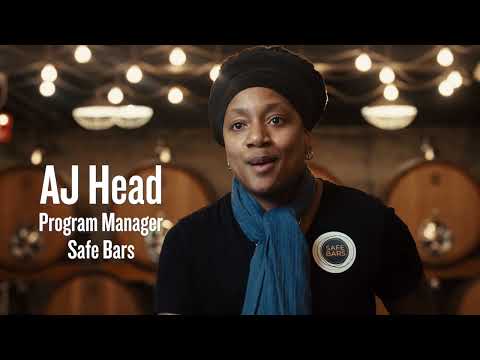