NEWTOWN, Conn., May 13, 2021 /PRNewswire/ -- Missed graduations and proms. Detaching from friends and family. Staying in a bedroom for 20 hours a day. Being constantly plugged in online. These are just a few of the stressors that youth have faced over the last year due to the pandemic, leading to heightened anxiety and depression, among other new or worsening mental health struggles. This emotional situation can give rise to various forms of youth violence -- not just shootings, but also suicide and self-harm.

The kids are not alright. Learn the warning signs to prevent a tragedy.

To help adults better understand the "powder keg" of turmoil threatening the lives and well-being of kids right now, Sandy Hook Promise released a new PSA campaign today, "The Kids Are Not Alright." Created with BBDO New York, this series of three short videos reflects the anxiety, isolation, pressure, boredom, and incessant information overload that teenagers are experiencing. It is a national call to action for parents and other caring adults: learn the signs of a child in emotional distress and get help before it's too late.

"We may think kids are resilient, but the truth is -- the kids are not alright," said Nicole Hockley, co-founder and managing director of Sandy Hook Promise and mother of Dylan who was killed in the Sandy Hook Elementary School tragedy. "More youth are struggling with mental health issues and heightened depression and anxiety as a result of the pandemic. And it's our responsibility to listen to them, support and protect them."

Recent studies show more than 70% of teenagers are struggling with mental health concerns, and one in four has considered suicide. Suicide is now the second-leading cause of death among teenagers -- and these tragedies can be preventable.

Even as we begin to reopen, we're a long way from going back to normal. When schools reopen in the fall, social distancing will still be required. Students will have to deal with the stress of a new school year combined with adapting to the new school environment. Many will be returning to school after suffering the death of a loved one during the COVID crisis. Their stress will continue to mount and those who already suffered trauma will be at even greater risk of suicide and self-harm.

Research groups are predicting that there will be more "deaths of despair" related to drugs, alcohol, and suicide, as we continue to battle COVID. According to the Well Being Trust brief, we can expect between 27,644 and 154,037 additional deaths of despair, contingent on the extent of the pandemic.

The Suicide Training and Awareness Nationally Delivered for Universal Prevention (STANDUP) Act, written by Sandy Hook Promise and introduced in Congress with bipartisan support, can save lives. If passed into law, the bill would provide evidence-based suicide prevention training for all students in grades 6 through 12 nationwide. Acting now to prioritize prevention resources and mental health support is paramount in preparing the difficult return to school season ahead.

While mental health challenges are not necessarily a precursor of suicide or violent attacks in schools, there is a correlation to extreme emotional distress that should be taken seriously. The U.S. Secret Service affirms that the most effective way to prevent a school attack is by knowing the warning signs and speaking up when seeing them. Sandy Hook Promise's signature Know the Signs programs teach youth and adults how to recognize these signs and get help.

About the Know the Signs Violence Prevention Programs and PSA Campaigns: To date, more than 12 million people nationwide have participated in Sandy Hook Promise's proven Know the Signs programs that focus on prevention to help end the epidemic of gun violence by training youth and adults how to identify at-risk behavior and intervene to get help before a tragedy can occur. Through these no-cost programs, Sandy Hook Promise has averted countless school shooting plots, teen suicides, and other acts of violence.

"The Kids Are Not Alright" is the latest in a series of "Know the Signs" short film PSAs by Sandy Hook Promise and BBDO New York that include the Emmy Award-winning "Back-to-School Essentials" and viral sensations "Evan" and "Point of View," along with "Tomorrow's News" and "Monsters Under the Bed." Together, these productions have amassed more than 300 million views, increasing awareness that gun violence is preventable and winning numerous creative industry awards.

About Sandy Hook Promise: Sandy Hook Promise (SHP) is a national nonprofit organization with a mission to end school shootings and create a culture change that prevents violence and other harmful acts that hurt children. Through its life-saving, evidence-informed Know the Signs prevention programs, SHP educates and empowers youth and adults to recognize, intervene, and get help for individuals who may be socially isolated and/or at risk of hurting themselves or others. Through nonpartisan policy and partnerships, SHP advances gun safety, youth mental health, and violence prevention education at the state and federal levels that protect all children from gun violence in their schools, homes, and communities. SHP is led by several family members whose loved ones were killed in the tragic mass shooting at Sandy Hook Elementary School on December 14, 2012. 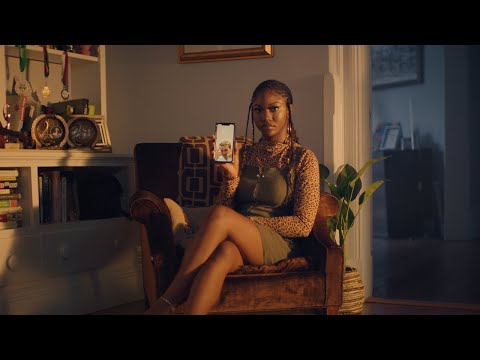