RIYADH, Saudi Arabia, Nov. 21, 2018 /PRNewswire/ -- The Saudi Development and Reconstruction Program for Yemen (SDRPY) announces the completion of another major humanitarian project in Yemen by the Kingdom of Saudi Arabia with the renovation of facilities in – and supply of advanced medical equipment to – Al-Jawf General Hospital in northwestern Yemen. SDRPY is providing nearly 300 state-of-the-art medical devices, including 10 x-ray machines, 19 dental suites, 56 pieces of emergency room diagnostic gear, and 12 specialized ophthalmological devices, along with 160 additional beds and two electrical generators. 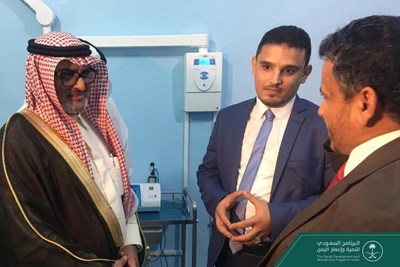 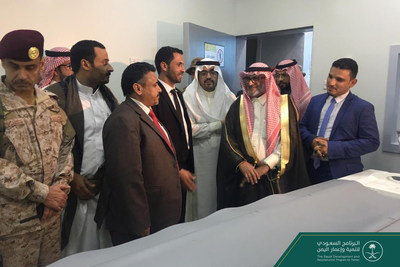 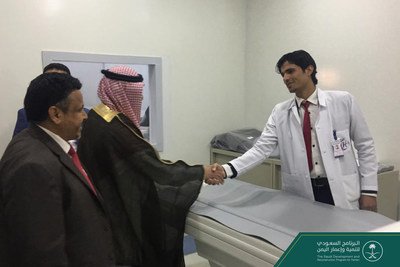 Because parts of Al-Jawf Governorate are under the control of Iran-backed Houthi militias, much of the developmental aid in the sector has focused on security issues, with other sectors relatively underserved. For instance, there are eight NGOs/UN agencies engaged in security in the governorate and only three in the health sector.

"We thank the Government of the Kingdom of Saudi Arabia for its generous support to Al-Jawf General Hospital," said Ameen bin Ali Al-A'kimi, Governor of Al-Jawf. "These contributions are bringing about a qualitative shift in healthcare services throughout the Governorate and the region."

"We are bridging the gap in the standard of living, and in this case healthcare, between the Kingdom [of Saudi Arabia] and our brothers in Yemen. This hospital has been updated and renovated to Saudi standards, but just so happens to fall south of the border," said Mohammed bin Saeed Al Jaber, Saudi Ambassador to the Republic of Yemen and Supervisor of SDRPY. "And this is nothing new," he continued, "Indeed, the Kingdom of Saudi Arabia has contributed nearly USD 11 billion to our brothers and sisters in Yemen over the years."

The Kingdom has long since supported health initiatives in Yemen, including:

The reopening of Al-Jawf General Hospital follows on the heels of several other SDRPY health sector projects. Within the past two months, SDRPY has either completed or announced the:

SOURCE The Saudi Development and Reconstruction Program for Yemen