NEW YORK, Dec. 11, 2018 /PRNewswire/ -- Scholastic, the global children's publishing, education and media company, today announced a 5 million copy first printing for Dog Man: Brawl of the Wild, the newest book in the blockbuster bestselling series by Dav Pilkey. The book will be published simultaneously in the U.S., Canada, U.K., New Zealand, and Australia on December 24, 2018. Scholastic also announced that the next book, Dog Man: For Whom the Ball Rolls, the seventh installment in the hit graphic novel series, will be released with a strict on-sale date of August 13, 2019. Launched just over two years ago under Scholastic's Graphix imprint, the meteoric popularity of the Dog Man series by Captain Underpants creator Dav Pilkey continues to rise to epic levels. Dog Man: Lord of the Fleas, the most recent book in the series released on August 28, 2018 with a 3 million copy first printing, dominated both adult and children's bestseller lists, and debuted at #1 overall on the New York Times, USA Today, Wall Street Journal, and Publishers Weekly bestseller lists. The Dog Man series has been translated to more than 23 languages to date. 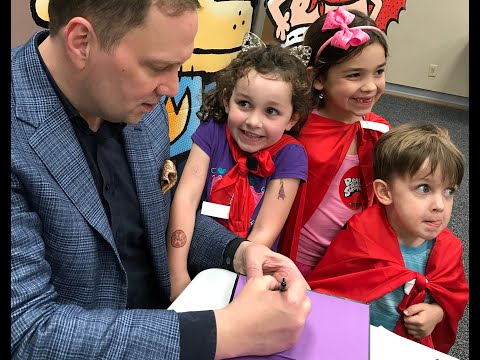 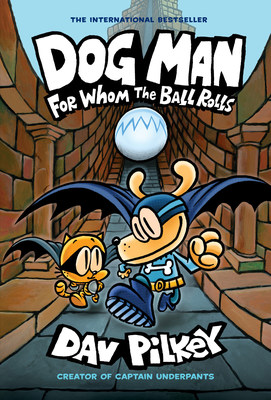 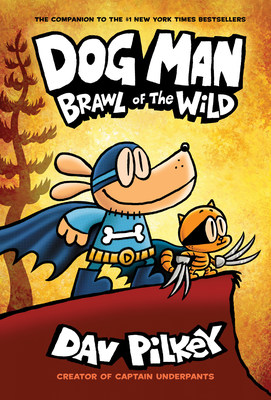 Partnering with bookstores and libraries, Dav Pilkey completed a sold-out "Howl with Laughter" tour appearing at large-scale venues packing theaters, arenas, ballparks, and schools, bringing together communities to celebrate reading and promote literacy. Click HERE to see a video clip from the tour.

In making the announcement of the extraordinary first printing for Dog Man: Brawl of the Wild, Ellie Berger, President of Scholastic Trade, said: "The humor and heart in the Dog Man books combined with Dav Pilkey's inspiring personal story and positive message have struck a chord among kids, parents, and educators everywhere. The demand for the series has been phenomenal and we couldn't be more excited with this level of anticipation for Dog Man and Lil Petey's newest adventure. We're absolutely thrilled that there will be even more books to come from Dav Pilkey!"

"I wrote the Dog Man books for the kid I used to be—someone who wanted to do well in school but struggled with reading. I remember feeling like a misfit and an outsider a lot of times and I'm grateful to my parents who believed in me when it was hard to believe in myself. Their support and encouragement set me on a path to becoming an author and artist," said Dav Pilkey, who received a Caldecott Honor for his picture book The Paperboy. "Meeting readers while on tour has been the most rewarding and humbling experience. It inspires me to continue to write and illustrate books."

About Dav PilkeyWhen Dav Pilkey was in second grade, he was diagnosed with dyslexia and what is now widely known as Attention Deficit Hyperactivity Disorder (ADHD). Because of his learning and behavioral issues in school, he was often sent out in the hallway by his teachers. It was in his elementary school hallway where Dav created comic books about superheroes that eventually became Dog Man and Captain Underpants.

About Dog Man and Captain UnderpantsLaunched in August 2016, Dog Man was an instant bestseller, appealing to kids and critics alike. In a starred review, Publishers Weekly hailed, "Readers (of any age) will be giggling from start to finish." Booklist, in a starred review, said "Pilkey has once again fired an arrow of joy straight at the fevered childhood psyche of millions of readers…an utter, unfettered delight." And Kirkus, also in a starred review, called Dog Man "riotously funny and original." Dog Man follows the adventures of a lovable canine superhero who's part dog and part policeman. With each Dog Man book, readers see the growth and development of the main characters George and Harold through their comics. Their artwork, grammar, as well as their spelling improve as the series progresses. The Dog Man books also explore universally positive themes that appeal to readers of all ages including empathy, kindness, persistence, and the importance of being true to one's self.

About Scholastic Scholastic Corporation (NASDAQ: SCHL) is the world's largest publisher and distributor of children's books, a leading provider of core literacy curriculum and professional services, and a producer of educational and entertaining children's media. The Company creates quality books and ebooks, print and technology-based learning programs for pre-K to grade 12, classroom magazines and other products and services that support children's learning both in school and at home. With operations in 14 international offices and exports to 165 countries, Scholastic makes quality, affordable books available to all children around the world through school-based book clubs and book fairs, classroom collections, school and public libraries, retail and online. True to its mission of 98 years to encourage the personal and intellectual growth of all children beginning with literacy, the Company has earned a reputation as a trusted partner to educators and families. Learn more at www.scholastic.com.