CINCINNATI, July 10, 2017 /PRNewswire/ -- Adam Symson will assume the role of president and CEO of The E.W. Scripps Company (NYSE: SSP) on Tuesday, Aug. 8. The company's board of directors today set that date for the anticipated CEO transition to Symson from Rich Boehne, who will continue as Scripps chairman. 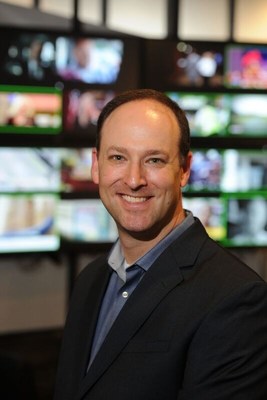 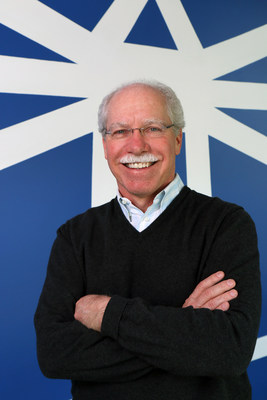 In November, Symson, 42, was promoted to chief operating officer, overseeing day-to-day operations of the company's broadcast TV, digital media and radio divisions. He joined Scripps in 2002 and held a variety of roles in the television and interactive divisions before being tapped to lead digital operations in 2011.

"Adam is a terrific leader, motivated by an entrepreneurial drive and a mission-driven commitment to enterprise journalism," said Boehne. "He steps up to the new role determined to continue — and accelerate — the success of this adventurous 140-year-old company."

Boehne, 61, who began his career as a newspaper reporter, has played a significant role in the growth and evolution of Scripps over the past 29 years. Most significant has been his deep commitment to public service, setting the tone for employees by his own embrace of the company's familiar motto: "Give light and the people will find their own way."

"Rich has served this company, our employees and our shareholders with distinction, integrity and humility," said Marvin Quin, Scripps' lead director. "His unwavering commitment to freedom of the press has benefited the communities we serve, and his pursuit of value-enhancing opportunities has been instrumental in the company's success. Scripps will continue to benefit from his experience and instincts in his new role of non-executive board chair."In the media industry, Rich is a member of the board of directors of The Associated Press. Last year he received the First Amendment Leadership Award from the Radio Television Digital News Foundation, honoring his deep commitment to free speech rights.

Closer to home, he is chairman of the Northern Kentucky University board of regents. He and his wife, Lisa, are 1981 graduates of NKU's media school and strong advocates for high-quality and affordable post-secondary education.

In the Greater Cincinnati business community, he's a member of the executive committee of Cintrifuse, a not-for-profit network whose mission is to build a sustainable tech-based economy for the region. He's also past chair of the Cincinnati USA Regional Chamber and served as a long-time board member for the Freestore Foodbank of Cincinnati.

In his spare time, Boehne tends to his family farm in Morning View, Kentucky.

The E.W. Scripps Company (NYSE: SSP) serves audiences and businesses through a growing portfolio of television, radio and digital media brands. Scripps is one of the nation's largest independent TV station owners, with 33 television stations in 24 markets and a reach of nearly one in five U.S. households. It also owns 34 radio stations in eight markets. Scripps also runs an expanding collection of local and national digital journalism and information businesses, including multi-platform satire and humor brand Cracked, podcast industry leader Midroll Media and over-the-top video news service Newsy. Scripps also produces television shows including "The List" and "The Now," runs an award-winning investigative reporting newsroom in Washington, D.C., and serves as the longtime steward of the nation's largest, most successful and longest-running educational program, the Scripps National Spelling Bee. Founded in 1878, Scripps has held for decades to the motto, "Give light and the people will find their own way."