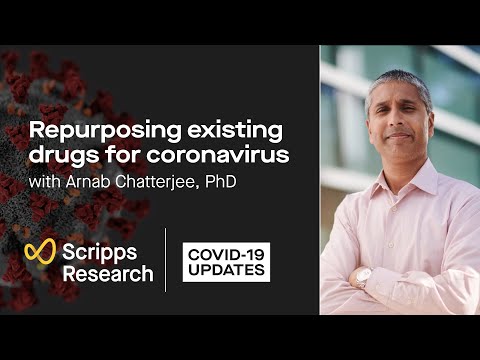 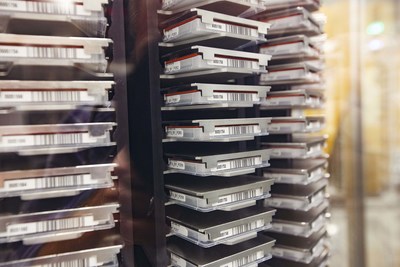 Researchers at Calibr, the drug development division of Scripps Research, are teaming up with scientists from the United States, Europe and Asia to screen the vast collection of compounds for individual drugs or combinations that may be effective in treating people exposed to COVID-19.

"COVID-19 is an unprecedented public health crisis that will only be brought fully under control by effective medical therapies," said Peter Schultz, PhD, president and CEO of Scripps Research. "Repurposing drugs that have already been approved for use in humans, or compounds for which we have ample safety data, offers the most rapid path to finding an antiviral drug or drug combination that is effective against COVID-19."

Poised to quickly address the pandemic

Calibr established the ReFRAME collection in 2018 with support from the Bill & Melinda Gates Foundation to tackle areas of urgent unmet medical need, especially neglected tropical diseases. The collection has since grown to comprise over 14,000 compounds, including drugs that are already being repurposed for a number of diseases.

Calibr also developed an open source database containing preclinical and clinical data on these drugs. With such well-characterized therapeutic properties, the compounds can be rapidly screened and advanced into a patient setting, without many of the steps typically required for new drugs to reach that stage.

ReFRAME is being leveraged as part of the COVID-19 Therapeutics Accelerator launched by the Bill & Melinda Gates Foundation and other funders. Together, Calibr and the Gates Foundation are working to establish collaborations with leading pharmaceutical companies to further augment ReFRAME's collection of antiviral compounds for future pandemic responses.

Because ReFRAME was established well before the COVID-19 crisis, Calibr scientists were able to quickly mobilize to begin screening the collection for activity against SARS-CoV-2, the virus that causes the disease. These experiments, which test hundreds or thousands of compounds at a time, seek to identify drugs that prevent the virus from entering, infecting or replicating in human cells.

David Ho, MD, a virologist at Columbia University best known for his pioneering research on HIV therapies, said the ReFRAME collection helped his team to quickly pivot to searching for drugs that that inhibit SARS-CoV-2. "The ReFRAME library was invaluable to allow us to screen through compounds that have been tested previously in humans," Ho says. "It's fantastic resource for the scientific community."

Researchers are also screening for compounds that could be taken in combination with other drugs to improve the efficacy of antivirals such as remdesivir, a Gilead drug currently being tested in five COVID-19 clinical trials.

A collaborative global effort against COVID-19

Arnab Chatterjee, vice president of medicinal chemistry at Calibr, says the power of the ReFRAME drug collection is how it enables Calibr to quickly partner with leading research teams to develop precise and rapid screens against a wide range of diseases.

"In the case of COVID-19, we can leverage this important resource, along with Calibr's expertise in drug development and discovery," he said, "to collaborate with some of the world's leading virology labs and quickly identify potential medicines."

Soon after the initial COVID-19 outbreak began in China, Calibr began sharing the ReFRAME library and conducting joint experiments with other research teams at Scripps Research and collaborating institutions worldwide. One of the earliest collaborations was established with Sumit Chanda, PhD, at Sanford Burnham Prebys Medical Discovery Institute, a neighbor of Scripps Research in La Jolla, California.

"We're extremely fortunate that our colleagues at Calibr had the foresight to create the ReFRAME collection, and grateful that the Bill & Melinda Gates Foundation saw the potential value to human health," says Chanda, director of the Immunity and Pathogenesis Program at Sanford Burnham Prebys. "Our lab is working around the clock to mine the ReFRAME collection and we are hopeful that we have identified drug candidates that will be effective against COVID-19."

Calibr is now working on dozens of projects with laboratories in the United States and abroad, combining its drug discovery and screening expertise with collaborators' deep knowledge of infectious disease biology.

Many of Calibr's collaborators are experts in virology and antiviral therapeutics, with several projects focused on finding drugs that prevent SARS-CoV-2 viral replication—the process by which the virus hijacks a cell's genetic machinery to create copies of itself. Collaborators on these projects include with Johan Neyts, PhD, at Rega Institute for Medical Research in Belgium; Adolfo Garcia-Sastre, PhD, at Mount Sinai in New York; and Dennis Burton, PhD, and Tom Rogers, MD, PhD, at Scripps Research.

"Our ability to identify FDA-approved drugs that inhibit SARS-CoV-2 is greatly enhanced by the rapid processing and collaborative efforts that Calibr and the Bill & Melinda Gates Foundation have provided," says Matthew Frieman, PhD, a collaborator from The University of Maryland School of Medicine.

Schultz said that while the results of the collaborations are still preliminary and need to be confirmed, they have already identified a number of compounds that show varying degrees of activity against the virus. The researchers hope to soon begin testing the drugs in cellular and animal models, and testing combinations of drugs that work by two different mechanisms for improved enhanced effectiveness.

About Scripps ResearchScripps Research is an independent, nonprofit biomedical institute ranked the most influential in the world for its impact on innovation. With campuses in La Jolla, California, and Jupiter, Florida, we are advancing human health through profound discoveries that address pressing medical concerns around the globe. Our drug discovery and development division, Calibr, works hand-in-hand with scientists across disciplines to bring new medicines to patients as quickly and efficiently as possible, while teams at Scripps Research Translational Institute harness genomics, digital medicine and cutting-edge informatics to understand individual health and render more effective healthcare. Scripps Research also trains the next generation of leading scientists at our Skaggs Graduate School, consistently named among the top 10 U.S. programs for chemistry and biological sciences. Learn more at www.scripps.edu.

Jennifer Rubio, co-founder and CEO of Away, joins the Board of...