NEW YORK, Oct. 17, 2017 /PRNewswire/ -- Today Sean "Diddy" Combs, French Montana and the Makers of CÎROC Ultra Premium Vodka are proud to announce the official launch of CÎROC French Vanilla. The product is the newest addition to the flavor line extension from the makers of CÎROC Ultra Premium Vodka. The rich, velvety taste of vanilla cream combines with hints of vanilla bean resulting in a flavor profile that is elegantly smooth and reminiscent of vanilla ice cream. CÎROC French Vanilla can be enjoyed year-round on the rocks or paired with one of many complements, such as Ginger Ale, Pineapple Juice, Cola or Iced Coffee. 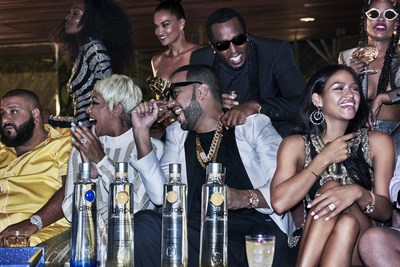 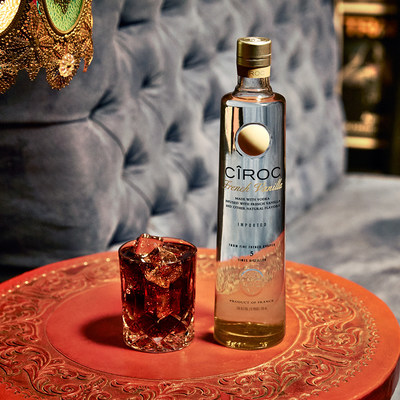 Combs and Montana kicked off the CÎROC French Vanilla celebration in Miami October 12th during the annual REVOLT Music Conference (RMC).  Combs, alongside Mayor Philip Levine of Miami Beach, gave Montana a proclamation honoring his contributions to music. Throughout the remainder of the RMC weekend, gamechangers and moguls in the making were treated to CÎROC French Vanilla cocktails at top industry events including a special CÎROC Hustle Hour hosted by Montana and the Friday Night Yacht party featuring performances by 2 Chainz and other special guests.

Ahead of the national launch, the brand released a limited amount of CÎROC French Vanilla with a special message for consumers in early August.  The Makers of CÎROC committed to donating $1 for each bottle of CÎROC French Vanilla produced, up to $100,000, to Mama Hope, a non-profit organization in support of global entrepreneurship as a path to ending extreme poverty. Mama Hope works with visionary entrepreneurs in Africa and around the world who hustle every day to build the best schools, health clinics, and sustainable businesses so their communities can thrive.  As an added benefit to the program, Sean Combs announced that he would personally match the brand donation, totaling a $200,000 collective contribution.

"When you work with someone like Diddy, its about more than sales or getting your name out there," says French Montana. "He looks at everything like an investment in the future of our culture and we all have to own our part in being a better example for the next generation, that means working harder and celebrating responsibly. Whether it's the music I'm working on or developing my own flavor of  CÎROC, he wants me to win as a testament to the hustle."

"To me, success is all about looking beyond your circumstances to achieve the impossible. That takes boldness and dedication," explained Sean "Diddy" Combs. "Each time we expand the CÎROC family, we look for people who can lead by example and pave the way for the next generation.  French Montana is one of those people – he is unafraid to celebrate life, he dreams big, works hard, and defines his own success."

Retailing for an average MSRP of $33.99, CÎROC French Vanilla is available at top nightspots, bars, restaurants and through reservebar.com/ciroc-french-vanilla

Combine all ingredients into a shaker filled with ice. Shake vigorously and strain over a rocks glass filled with ice. To make simple syrup - bring sugar and water to a boil at a ratio of 2 to 1. For example, dissolve 1 cup of sugar into 1/2 cup of water.

Build CÎROC French Vanilla and cola in a rocks glass over ice. Stir and serve

ABOUT CÎROC ULTRA PREMIUM: CÎROC Ultra Premium is made from Fine French grapes, which are distilled five times, providing a crisp, clean taste and citrus nose. CÎROC Ultra Premium launched nationwide in January 2003. In October 2007, DIAGEO - the world's largest spirits and beer company - made spirits history by entering into a strategic alliance with entertainment entrepreneur Sean "Diddy" Combs, in which Mr. Combs and Combs Enterprises assumed the lead on all brand management activities for CÎROC. The infused Vodka flavors in the portfolio to date include CÎROC RED BERRY, CÎROC COCONUT, CÎROC PEACH, CÎROC PINEAPPLE, CÎROC APPLE, and CÎROC MANGO in addition to CÎROC TEN Vodka. The brand received a 2013 Beverage Industry News Award of Excellence, was named 2011 Spirits Brand of the Year by Market Watch, and earned a double gold medal from the San Francisco World Spirits Competition in 2010.