Since President Donald Trump took office, America's policies toward China have changed substantially, damaging the Sino-U.S. relationship in multiple fields. U.S. President-elect Joe Biden's inauguration, in such a context, has given people renewed hope for improved relations between the two countries.

Although the Democratic Party regards China's rise as a major challenge to America's position as a global leader, which is no different from the Republicans, the two parties still hold different principles. The new Democratic administration has different opinions about how to handle the challenge posed by China. Based on populism, Trump was never able to consider Sino-U.S. relations rationally. After Biden's inauguration, it is expected that the relationship will see some improvements. The two countries could pool efforts in responding to such issues as climate change and the pandemic, thereby breaking the ice for a new period of China-U.S. relations. Former Secretary of State John Kerry, who was named as a special presidential envoy for climate, has stated that the U.S. and China may resume cooperation in tackling climate change.

Of course, Joe Biden's inauguration doesn't necessarily mean a positive future for China-U.S. relations. Biden has appointed Kurt Campbell, a veteran in Asian affairs, as his senior official for Asia Policy. Campbell, who will serve as "Indo-Pacific coordinator," has been tasked with helping America "tackle a range of challenges from China." The move suggests the importance that the new administration has placed on Sino-U.S. relations. However, in a recently published article, Campbell said that there's a "need for an allied and partner coalition to address China's challenge." It's reasonable to believe that during Biden's presidency, China and the United States will compete and cooperate with each other in different areas. Meanwhile in some areas, competition and cooperation will coexist.

The Trump administration has damaged the support of the people, which will take time to restore. Within the U.S. government, voices calling for cooperation with China are not rare. Insightful ones from business leaders, academics and former government officials oppose the two countries' "decoupling." Many states in the U.S. also want to resume interactions with China, and their desire to strengthen trade and economic ties are strong. It is likely that the two governments will negotiate with each other over disagreements, thus establishing necessary rules for managing and controlling potential issues.

China has sent clear messages, expressing its wish for the new U.S. government to adopt a rational attitude; and for the two countries to focus on dialogue and cooperation, to help relations get back on track. This is the only choice that will benefit the two countries and beyond. 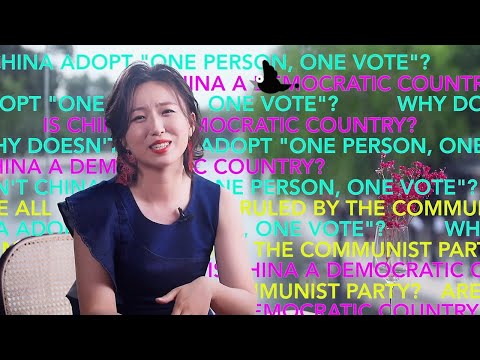 Does China have democracy?...