SUNNYVALE, Calif., Jan. 11, 2021 /PRNewswire/ -- Sensel, the company building the world's most advanced solutions for touch, force, and haptics, today unveiled its newest Haptic Touchpad. Sensel's Haptic Touchpad combines three different proprietary technologies to create a uniquely satisfying and advanced interactive experience. It starts with a Capacitive Touch Grid, which captures an extremely high resolution touch image on the surface of the pad. Then, Sensel's Force Field Technology captures the amount of force applied per finger and converts it into both force and shape data. Last but not least, Sensel developed its own Direct Drive Haptics, which provide powerful kicks in one moment and crisp clicks in the next based on the amount of force applied. 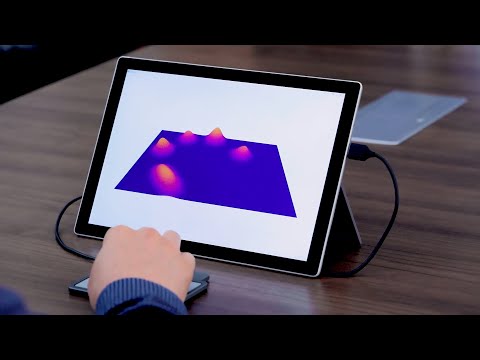 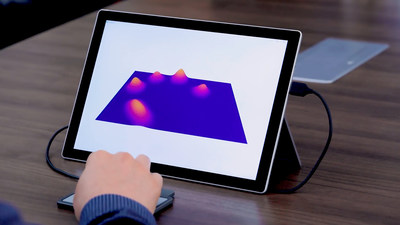 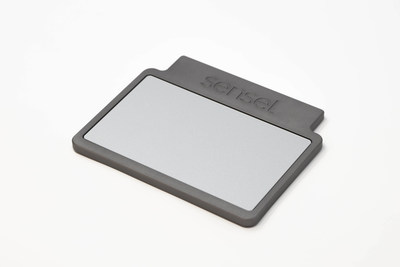 The Haptic Touchpad enables notebook manufacturers to produce devices with improved specifications and game changing new applications. The module that powers it is just three millimeters thick, allowing for a dramatic reduction in device thickness or the option to fit a larger battery for longer life. It's also scalable and functions beautifully under a hard glass covering, making it a perfect fit for new high-end devices.

Sensel technology unlocks exciting new features for the end user, as well. It supports precision touchpad gestures including two-finger scroll, two finger pinch, and other multi-finger gestures. For example, with force detection, you can influence the speed with which you scroll down a page based on how hard you press. You can also utilize multi-touch and force gestures to precisely manipulate three dimensional models.

"Until now, touch and haptic technologies have been designed separately, resulting in challenging integrations for manufacturers and inconsistent performance for end-customers," said Sensel CEO and Co-founder Ilya Rosenberg." At Sensel, we take these different technologies and integrate them into a complete product that is modular and tuned specifically for our customers' applications. This solution enhances the interactive capabilities of existing devices and has the potential to revolutionize how we physically communicate with the digital world."

Additional Specs and Features include:

Sensel announced this technology virtually at CES 2021, and can be contacted for media demonstrations and interviews.

ABOUT SENSELIlya Rosenberg and Aaron Zarraga founded Sensel to bring the next generation of touch to computing. Having grown to ~50 team members, thousands of customers, and several large-scale enterprise clients, Sensel is working to redefine computer interaction to combine touch, force, and haptics, and to meet the environmental challenges of ubiquitous computing. Sensel's first product, the Morph, won "Best in Show" at the SXSW 2017 Interactive Innovation Awards, was named the "Best MIDI Controller" at NAMM 2019 by MusicRadar, and is currently shipping to customers worldwide. The team is integrating their technology into trackpads, displays, mobile devices, automotive interfaces, and other products that involve human interaction.