The tech-forward company, founded by Mikhail Prokhorov, unveils the details of its latest project

The development of Sensorium Galaxy began in 2018 with the sole support of Mikhail Prokhorov, and has since attracted more than $100 million in investments. 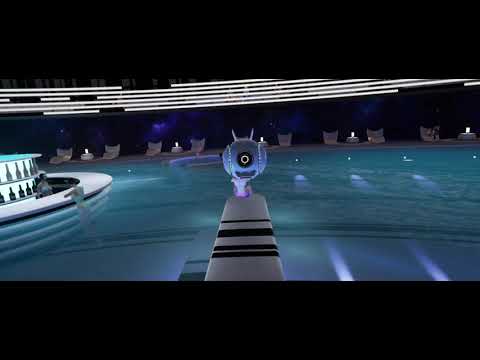 Mikhail Prokhorov: "The combination of VR and AI creates unique opportunities for developing new platforms where users can seamlessly interact with the virtual environments and amongst themselves.  We are confident that the development of a new way of communication in the virtual world, along with the limitless possibilities for self-realization in those digital environments, present an unprecedented business opportunity. Over the next 10 years, we're expecting explosive market growth around the integration of VR and AI technologies."

Within the Sensorium Galaxy, users are not limited to pre-set avatars. This platform allows users to generate complex and distinctive virtual representations of themselves. Artificial intelligence and virtual reality technologies make it possible for users to personalize their appearances, set character traits, and incorporate other vital elements to their profiles. Further on, these users can evolve in the digital environment managing their characters and simulating various scenarios of events in virtual worlds.

Brian Kean, Chief Communications Officer at Sensorium Corporation: "By adding AI technology to the mix, the immersion of user-generated avatars in social and game mechanics goes further than ever before. Artificial intelligence allows the avatar to exist autonomously in virtual environments, maximizing the interaction with other users. At Sensorium, we call it the 'digital evolution' of the user. Naturally, this advancement will lead to 'digital immortality' — the next stage of this project."

In addition to sophisticated social mechanics, Sensorium Galaxy is home to a wide variety of high-profile events organized in close collaboration with leaders from the entertainment industry. A number of well-known producers have already joined the project. Among them, the visionary Yann Pissenem, creator of the world-leading nightlife hubs Ushuaïa Ibiza and Hï Ibiza.

Yann Pissenem: "Not only the user's character, but also the artist's character, whose digital replica will be able to perform in virtual worlds for his fans, as well as for future generations of users, can undergo the digital evolution in Sensorium Galaxy. At the moment we are actively working on creating digital versions of the world's leading DJs and artists and will soon be ready to present the first results of our work to the world."

In this regard, Mr. Kean outlined that the Sensorium Galaxy can also help digitally recreate artists from the past and model their creativity to generate fresh materials. "In the near future, we will witness and even participate in the performances of artistic legends throughout history whose creativity is molded by artificial intelligence to create new works of art.   Beyond this, AI can offer us versions of the creative statements of characters who have never existed before - heroes created by the imagination of writers, painters and sculptors."

Analysts predict the size of the virtual reality (VR) market will expand to $120.5 billion by 2026. Last year, over $7 billion were poured into VR technologies. Today, the main factors stimulating the growth of this market are the penetration of head-mounted displays (HMDs) into gaming and entertainment, the affordability of VR devices, the refinement of all related technologies, and the volume of investments.

Sensorium Galaxy is a multi-user social platform designed to seamlessly stream live content in virtual reality to users from all over the world. The platform allows a new perception of virtual reality, going beyond its former secluded nature and, in fact, is a product of the evolution of social networks, taking users beyond the use of one-dimensional platforms.

The alternate universe of Sensorium Galaxy consists of multiple planets which act as hubs for thematic content. Each of the planets include various scenarios for social interaction, including live events and activities, as well as a series of on-demand setups from the content library.

Unlike other virtual reality platforms, the AI component of the Sensorium Galaxy allows users' avatars to keep on learning and evolving within the platform without direct control of the user.

Wakatta Partners with Roborace to Integrate Upgradable NFTs into...