CINCINNATI, Jan. 29, 2021 /PRNewswire/ -- Physna®, the geometric deep-learning and 3D search solutions company, today announced it raised $20M in Series B funding. The round was led by Sequoia Capital with participation from Drive Capital, which led Physna's Series A round in 2019. The funds will be used to grow the team and increase development to meet Physna's growing demand. Sequoia partner Shaun Maguire joins the board of directors with the latest round. The current round brings the company's total funding to $29 million. 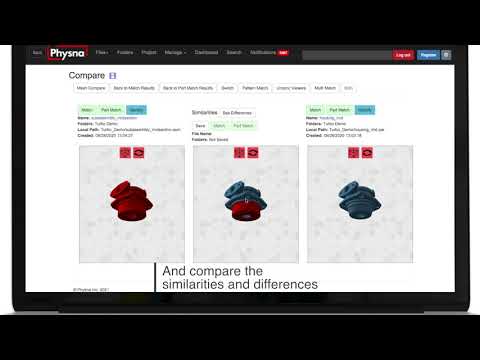 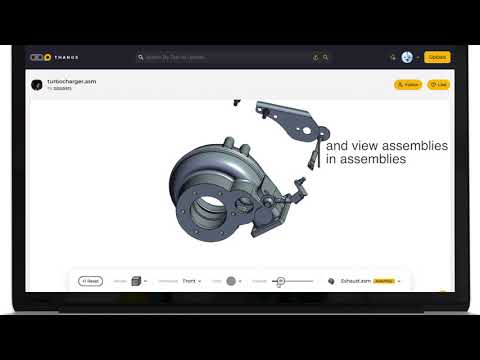 From the products we use to the hardware that powers software, the world economy is dependent on physical goods. Despite that, 3D search has remained an unsolved problem—to date, there has been no simple and efficient way to search using the actual 3D model of a physical part, such as a CAD model or a 3D scan. This is especially true when that part is a component of something larger, such as matching a screw to an assembly. This challenge has vexed companies for years within virtually every industry and results in costly and time-consuming challenges everywhere from engineering and industrial design to procurement, and parts identification.

"Paul and the Physna team have developed a breakthrough platform that enables intuitive search of 3D models for the first time," said Shaun Maguire, partner at Sequoia. "With the amount of 3D data in the world about to explode, Physna will be the way this data is organized and accessed—ultimately, becoming the GitHub for 3D models."

In addition to Physna's enterprise solution, the company powers a free search engine for consumers called Thangs.com. Thangs is an easy to use search tool for physical object and 3D model search, allowing users to search with models directly rather than relying on text. Thangs provides the world's first global geometric search and smart automated collaboration tool. Since launching in August of 2020, hundreds of thousands of people have used Thangs to improve their workflow in everything from product design to 3D printing, with AR/VR model compatibility soon to follow.

The Physna team continues to add features at a fast pace with the announcement of significant updates to Thangs including support for more complex content types beyond simple 3D models. Thangs now supports assembly files from virtually any platform, allowing users to upload massive assemblies alongside their sub-assemblies and components. Users can see how all the parts go together, and through Thangs' light version of Physna's core algorithms, see alternative ways to build the model. This latest update brings Physna one step closer to making 3D models accessible and useful to everyone—regardless of their background.

Customers relying on Thangs.com as well as Physna's enterprise software include the Department of Defense and a host of Fortune® 100 companies in the aerospace, automotive, manufacturing, medical and robotics industries, amongst others.

"Physna has enabled a quantum leap in technology by allowing software to truly understand physical 3D data. By merging the physical with the digital, we have unlocked massive and ever-growing opportunities in everything from geometric search to 3D machine learning and predictions," said Paul Powers, CEO and founder of Physna. "Having both Sequoia and Drive endorse this next-generation of search and machine learning helps Physna empower even more technical innovations for our customers and the market as a whole."

Physna, Inc., is the industry leader in geometric deep-learning technology. The company's software bridges the gap between the physical world and digital code by codifying the 3D world through a deeper understanding of the physical properties of real-world objects and the relationships between them. Physna is building the 3D future of software, and has already improved engineering, industrial design and procurement by putting new, powerful search capabilities in the hands of innovators and creators - one 3D model at a time.