NEW YORK, Dec. 4, 2017 /PRNewswire/ -- ShoulderHill Events, LLC a wholly-owned subsidiary of ShoulderHill Entertainment today announced it is once again producing the global event 24 Hours of Reality: Be the Voice of Reality.  Former US Vice President Al Gore will host The Climate Reality Project's seventh-annual 24 Hours of Reality broadcast which will air December 4-5.  The 24-hour live event, empowering millions watching worldwide to use their voices to speak up for solutions, science, and truth at this decisive point in history, will be carried by broadcast partners globally, and streamed live online at 24HoursofReality.org. 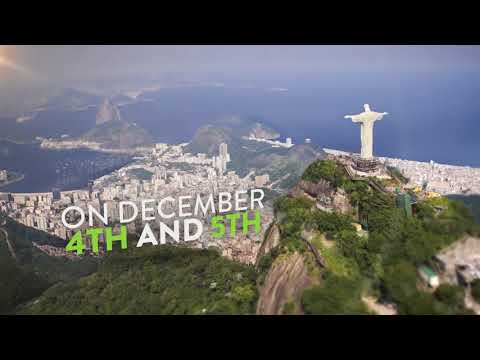 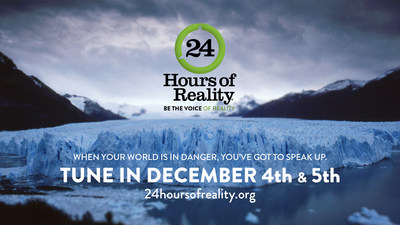 This year's 24 Hours of Reality will explore the extraordinary climate activism happening all across the planet, highlighting inspiring stories of politicians, businesses, communities, and everyday people standing up and illustrating how we can all make a difference, right now, right when our planet needs us most.

The program will begin on Monday, December 4 at 6:00 PM EST and will be broadcast live from New York City's Roosevelt Island. The broadcast will travel around the globe highlighting stories of climate activism in six regions: North America, Oceania, Asia, the Middle East and Africa, Europe, and Central and South America. Al Gore will also share stories and statistics from the iconic slideshow presentation featured in the film An Inconvenient Truth and the recently-released An Inconvenient Sequel: Truth to Power.

The show's executive producers, Peter M. Green, Danielle Addair and Steven Addair, along with co-executive producer Michael Shames have produced the show under the ShoulderHill banner for the past three years garnering an Emmy nomination and multiple awards.

24 Hours of Reality: Be the Voice of Reality will be carried globally by broadcast partners, including ABS-CBN, People's Weather DStv Channel 180, France 24, Globosat- Canal OFF, iHeartRadio in Australia and New Zealand, IPBC-Kan, LinkTV, NDTV, PhoenixTV, RTP, SKY in Mexico, Central America and The Dominican Republic, Local Now, Telemundo, TLN, Yle, Finland and more. The show will also be available at 24HoursofReality.org and through a network of social distribution partners.  The full list of broadcast partners is also available at 24HoursofReality.org. Global transmission feed is being provided by Intelsat.

For more information about the program, the global NGO partners in this effort, and to watch a preview of the broadcast, visit 24hoursofreality.org.

ABOUT THE CLIMATE REALITY PROJECT

Founded by Nobel Laureate and former US Vice President Al Gore, The Climate Reality Project is one of the world's leading organizations dedicated to mobilizing action on climate change. With a global movement more than 5 million strong and a grassroots network of trained Climate Reality Leader activists, we are spreading the truth about the climate crisis and building popular support for clean energy solutions. For more information, visit www.climaterealityproject.org, "Like" us at www.facebook.com/climatereality, or follow us on Twitter at @ClimateReality.