MUNICH, July 1, 2020 /PRNewswire/ -- Pioneering international solar energy company REC Group is proud to announce that its flagship REC Alpha solar panel has won the prestigious Intersolar Award 2020 in the "Photovoltaics" category. This marks the second time REC Group has won the award, with the REC TwinPeak Series earning the recognition in 2015. 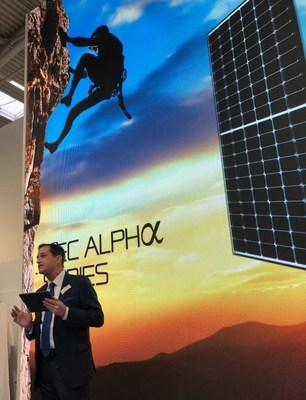 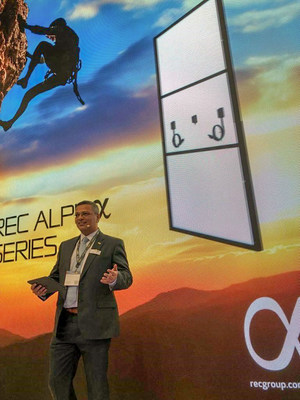 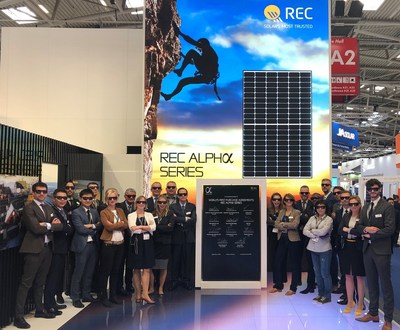 Chief Technology Officer at REC Group, Shankar G. Sridhara said: "Receiving the Intersolar Award for a second time, clearly demonstrates who is leading the pack in the solar industry as a front-running innovator. With our inhouse invented and patented REC Alpha design, we are reaching 380 Wp in a 60-cell format, without increasing number of cells. Achieving such power levels in a cost-effective and environmentally friendly way is a testament to REC's continuous strive for excellence in order to empower people with clean energy from the sun. The bold move to invest in 600 MW of Alpha production capacity from the outset has certainly paid off. The REC Alpha Series is rapidly becoming the high-performance panel of choice for customers around the world."

The Intersolar Award is presented to companies making a substantial contribution to the success of the solar industry, honoring technological innovations and groundbreaking solutions. An independent jury of industry experts assesses the leading panels on the basis of innovation, technological creativity and benefits, environmental impact and pricing. REC panels are repeatedly recognized as cutting edge products in the industry: the Intersolar Awards, along with being a Top Performer in the annual DNV-GL PV Module Reliability Scorecard for five years in a row now, clearly demonstrate that REC Group is pushing the solar industry forward through its dedication to innovation and first-class quality.

The REC Alpha Series was launched at last year's Intersolar Europe during a spectacular event at the REC booth, including keynote speeches by REC Group's CEO and CTO. The high-performing solar panel is based on heterojunction cells – one of the most advanced solar PV technologies – and incorporates REC's leapfrog and award-winning split cell and junction box technology, which was developed in-house. Even before production start in October 2019, REC Group announced its intention to further expand its production capacity for Alpha by another 2 to 3 GW. In May 2020, the brand began production of the REC Alpha 72 Series. Reaching 450 Wp and 213 watts/m², the 72-cell version is ensuring higher energy yields and driving down solar electricity generation costs for end users. By going solar with high-efficiency REC Alpha solar panels, households and businesses benefit from around 20% more power, greater energy yields and higher savings on their electricity bills.[1]

REC Group is an international pioneering solar energy company dedicated to empowering consumers with clean, affordable solar power in order to facilitate global energy transitions. Committed to quality and innovation, REC offers photovoltaic modules with leading high quality, backed by an exceptional low warranty claims rate of less than 100ppm. Founded in Norway in 1996, REC employs 2,000 people and has an annual solar panel capacity of 1.8 GW. With over 10 GW installed worldwide, REC is empowering more than 16 million people with clean solar energy. REC Group is a Bluestar Elkem company with headquarters in Norway, operational headquarters in Singapore, and regional bases in North America, Europe, and Asia-Pacific.

REC Group continues to lead the clean energy revolution with its...