NEW YORK, Nov. 29, 2019 /PRNewswire/ -- It's typical that it's the headliner you often hear about when you go to see a concert. In a new non-fiction autobiography slated for 2020, crooner Brian Evans will write his story detailing his experiences as opening for some of the biggest names in show business. 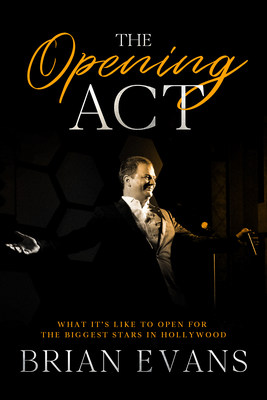 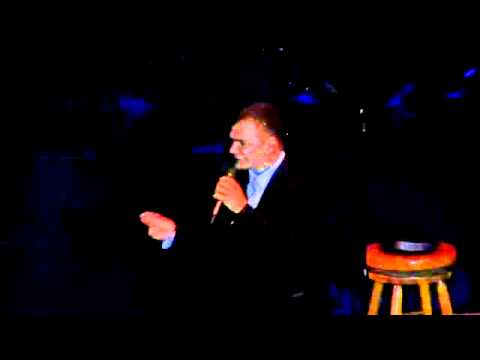 From Jay Leno, to Dionne Warwick, to Joan Rivers, Social Distortion, Erasure, Better Than Ezra, Lou Rawls, Rob Schneider, David Spade, Bob Saget, Citizen Cope, Louie Anderson, Carrot Top, Roseanne Barr, Tom Arnold, William Shatner (who Evans filmed the music video "At Fenway" with, which was added to The National Baseball Hall of Fame), and dozens of other celebrities, Evans is going to give readers an inside view of his life opening for these stars, and of his life itself.

"Often you hear about how the show went with these different stars, but as the opening act, I've been able to have insight on what it's really like to work with these people, and what some of them are like to be around," says Evans.

Evans himself has headlined at The Desert Inn at the beginning of his career, as well as concerts throughout the world. Also a novelist, he recently signed a deal with Westwind Comics to see his novel, "Horrorscope," adapted into a novel. He also co-wrote novels "The Funny Robbers" with Carrot Top manager Dan O'Leary and "Savannah" with Theodore Hamby.

"There's really nobody that can give you more insight on a headliner than the person who is the opening the act. I'm the guy who stood backstage and saw some very interesting things, things I believe the general public will really get a kick out of," says Evans.

In addition to the many celebrities mentioned above, Evans also opened for Mick Fleetwood, Tom Green, and had had run-ins with some of Hollywood's biggest stars, including Frank Sinatra. In his own right, he's also filmed the music video "Creature at The Bates Motel," which made the singer the only artist ever to film a music video at the iconic horror location for the Alfred Hitchcock thriller, "Psycho." He is currently filming "A Beautiful Game," a music video based on the first song ever recorded for the sport of soccer in jazz. The music video features Lou Diamond Phillips, RJ Mitte, Carrot Top, and ICE-T.

"I think those I've opened for will find this an interesting read to see how they are perceived by their opening act," says Evans. "The public will really find this interesting."

Evans was also the 2018 nominee for US Congress in the state of Hawaii. He also produced The Maui Celebrity Series, which has brought an array of stars to the island for concerts including Oscar winning actor Jeff Bridges, Cheech and Chong, and the likes. Evans opens for the stars he brings in, as well as allows local talent to open for them from the island.

"I'll be writing about everything up until now," he says.

The book will be released in 2020. For more information on the announced released, follow Brian at Twitter.com/croon1