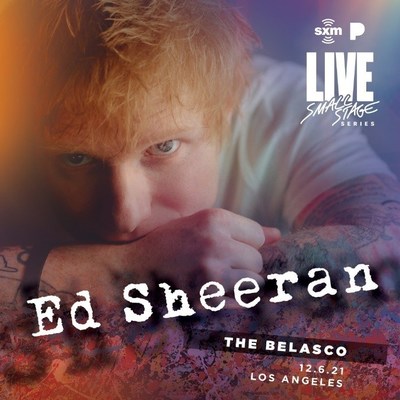 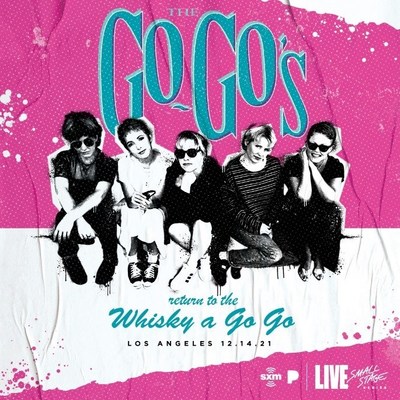 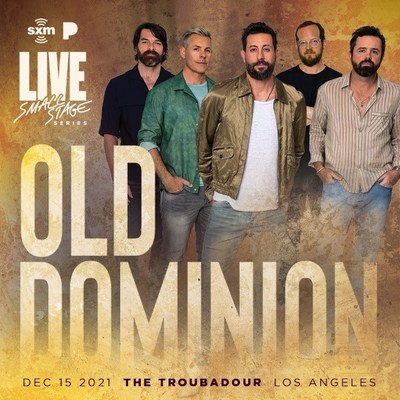 These shows follow 16 live exclusive performances that SiriusXM and Pandora's Small Stage Series has presented, as concerts and events have come alive again.  The series launched on August 19 with Dave Matthews from Stephen Talkhouse in Amagansett, N.Y. and Kane Brown from his tour rehearsal space in Nashville. These performances were followed by an array of exclusive shows from music's biggest and buzziest artists on stages in various cities across the country, and representing multiple genres and musical styles, such as: Alicia Keys, Brandi Carlile, Coldplay, Dave Matthews, Glass Animals, H.E.R., J Balvin, J. Cole, Jason Aldean, Kane Brown, Kenny Chesney, Nathaniel Rateliff & The Night Sweats, Shaggy and Twenty One Pilots.

"We are truly excited to announce the latest slate of stellar artists to join our one-of-a-kind Small Stage Series," said Scott Greenstein, SiriusXM Chief Content Officer. "This series is our way of supporting artists and venues, bringing our subscribers unforgettable experiences in iconic and special places, and, most importantly, doing it in the safest way we know how. We are grateful these shows have meant so much to SiriusXM subscribers, who are able to attend great live performances again, as well as relive the shows as they're rebroadcast and stream on our platforms, and of course to the artists and venues across the country. We can't wait to close out the year with shows from an array of artists who cross all kinds of fan bases and musical styles."

Ed Sheeran:  To celebrate the recent arrival of his new album, =, and it's #1 debut on the Billboard 200, global superstar Ed Sheeran will perform at The Belasco in Los Angeles on Monday, December 6. The intimate set for SiriusXM subscribers and Pandora listeners will feature Sheeran performing songs from =, including his hit singles "Shivers" and "Bad Habits," which recently received a GRAMMY nomination for Song of the Year, alongside older fan favorites. From record-breaking sales across his recorded music and live performances, and a plethora of award wins to his name, the British singer-songwriter is an era defining artist and the boundless talent behind some of the biggest songs in history.  The 4x GRAMMY award winner has four multiplatinum, critically acclaimed albums under his belt – '+' (2011), 'x' (2014), '÷' (2017) and 'No.6 Collaborations Project' (2019) – amassing more than 60 billion streams and over 50 million albums sold, globally to date; he is also one of only six artists to have three songs – "Thinking Out Loud," "Perfect," and "Shape Of You" - earn RIAA Diamond-certification, for sales equivalents exceeding 10 million in the US alone.  An unparalleled live performer, Sheeran's most recent, two-year ÷ world tour made history becoming the most-attended and highest-grossing tour of all time. Ed Sheeran's exclusive Small Stage Series performance in Los Angeles will air live on SiriusXM Hits 1 via satellite (ch. 2) and on the SXM App on Monday, December 6 at 7:00 pm PT. The performance will also be available on the SXM App starting Wednesday, December 8 at 6:00 pm ET. SiriusXM's The Pulse channel will broadcast the full performance on Thursday, December 9 at 6:00 pm ET, with the Coffee House channel also airing select tracks. Additionally, songs from the performance will rebroadcast throughout the weekend starting on SiriusXM Hits 1 on Friday, December 10 at 12:00 pm ET.

The Go-Go's:  2021 Rock & Roll Hall of Fame inductees, The Go-Go's, will bring their live show back to a stage where it all began, at L.A.'s Whisky a Go Go, on Tuesday, December 14.  Rooted in music history as groundbreakers and pop phenomenon, the group was born out of the L.A. punk scene and became the first all-female band writing their own material and playing their own instruments to top the U.S. Billboard album chart with their multi-platinum debut, Beauty And The Beat. Featuring the hits "Our Lips Are Sealed" (named one of Rolling Stone's Top 100 Pop Singles) and "We Got The Beat," the album stayed at No. 1 for six consecutive weeks and also earned them a Grammy nomination for "Best New Artist." Their 1982 follow-up, Vacation, hit Top Ten on the Billboard 200 and featured the Top Ten title track "Vacation." Now, The Go-Go's--Charlotte Caffey (lead guitar, keyboards and vocals), Belinda Carlisle (lead vocals), Gina Schock (drums), Kathy Valentine (bass and vocals) and Jane Wiedlin (guitar and vocals), come full circle with this special performance, as they take the stage at a significant venue in the band's early history, for SiriusXM and Pandora listeners. The Go-Go's will deliver a spirited and memorable performance featuring their biggest hits and new music.  The Go-Go's exclusive Small Stage Series performance in Los Angeles will air on Friday, December 17 at 5:00 pm ET via satellite on 1st Wave (ch. 33). Additionally, Andy Cohen's Kiki Lounge will also air the concert on Friday, December 17 at 6:00 pm ET on the SXM App (ch. 312). Both channels will rebroadcast the full performance throughout the weekend.

Old Dominion:  Fresh off their fourth consecutive CMA win for 'Vocal Group of the Year,' the band will perform beloved top hits and music from their new album, Time, Tequila and Therapy, released last month, in an intimate setting at one of L.A'.s most iconic venues, The Troubadour on Wednesday, December 15.  As the original radio champion of Old Dominion, SiriusXM's the Highway proclaimed the band a 'Highway Find' in 2014 and was first to play their earliest tracks on air.  Since then, the band has notched eight No. 1 singles at country radio, surpassed one billion on-demand streams, earned several Platinum and Gold single certifications and headlined arenas and amphitheaters around the globe. The reigning CMA and ACM "Group of The Year" received their first two GRAMMY nominations for "Best Country Duo/Group Performance" and "Best Country Song," for hit single "Some People Do" in 2020, and recently notched a nomination "Favorite Duo/Group - Country" for the 2021 American Music Awards. With their rollicking live shows and supreme songcraft they've quickly established themselves as one of country music's most beloved acts.  Old Dominion's exclusive Small Stage Series performance will air live on SiriusXM's The Highway via satellite (ch. 56) on Wednesday, December 15 at 8:00 pm PT.

For information on how to attend SiriusXM and Pandora's Small Stage Series, featuring Ed Sheeran, The Go-Go's and Old Dominion please visit: www.siriusxm.com/smallstage.

To maintain the highest public health standards and/or requirements, SiriusXM will adhere to health and safety protocols for each venue, and all state and local health mandates to protect attendees, staff, and artists.

SiriusXM is available to subscribers in their car, on their phone and connected devices at home with the SXM App. Streaming access is included for most subscribers. Go to www.siriusxm.com/ways-to-listen to learn more.