LONG BEACH, Calif., Jan. 29, 2019 /PRNewswire/ -- The pages of the calendar reveal a new year…and for many Baby Boomers, "take better care of myself" is on the 2019 resolution list. Exemplifying that is a dynamic group of 60 somethings in Columbus, Akron, and Austin – seniors who prove it's all about mindset when it comes to fighting chronic health conditions and living a longer, richer life. In an effort to "pay it forward," these beacons of tenacity -- ages 60 to 69 -- are sharing their inspirational stories and amazing feats to seniors with chronic health issues.

The 60 Strong Ambassadors program is the brainchild of agilon health, a company that partners with primary care physicians to help them transform the way they care for seniors. The Ambassadors were chosen by community leaders and are "pin ups" in 2019 calendars featuring events and activities seniors enjoy.

When Ben Barlin, a 60 Strong Ambassador in Austin, was diagnosed with Stage III colon cancer, he could have wallowed in self-pity. "Instead, I decided to summit Aconcagua, the highest peak in the Western Hemisphere," he says.

Kevin Spencer, M.D., Medical Director for the Austin-based partnership with agilon health and Chairman of the Board of Premier Family Physicians, says, "All of the winners in the 60 Strong Campaign are very inspiring. They struggle with debilitating health issues, but make fitness a priority.  They also donate tremendous time to charitable organizations."

The 60 Strong initiative was launched by agilon health with its partnership practices: Austin Regional Clinic and Premier Family Physicians, Austin; Central Ohio Primary Care Physicians, Columbus; and Pioneer Physicians Network, Akron.  Later this year, Sixty Strong Calendar Contests will roll out in several other markets, including Pittsburg and Dayton. The Ambassadors speak at Medicare expos and senior events.  While their life challenges differ, they all have a common philosophy about maintaining good health -- a growing concern in this age group.

The Centers for Disease Control reports three in four US adults aged 65 and older have chronic diseases, such as cancer, heart disease or diabetes. Those numbers are expected to rise significantly with a growing population and increased life expectancy. The Population Reference Bureau estimates the number of Americans 65 and older will more than double from 46 million today to 98 million by 2060.

Angela Bosela, an Akron 60 Strong Ambassador who had 70% of her stomach removed in 2007 and endured chemotherapy and radiation treatments, was inspired to become a competitive runner.

"After cheering for my daughter at a race, I was motivated to start running," Angela says. "I've now completed 200 races, including a marathon and 15 half marathons, and I often place in my age group."

Angela is a mentor for stomach cancer survivors. She and her husband Paul, founded the Ohio Chapter of Debbie's Dream Foundation, which provides support to stomach cancer patients and their families.

Some 60 Strong Ambassadors are grief counselors, and they all emphasize the importance of annual physicals, regular screenings, and exercise. The last point is critical. According to the CDC, one-third of older adults don't participate in regular physical activity.

"In gratitude for their newfound lease on life, the 60 Strong Ambassadors are literally paying it forward," says Bill Wulf, M.D., CEO of Central Ohio Primary Care Physicians.  "The 60s are a difficult period -- it's often the time people experience real health struggles. The Ambassadors provide encouragement to others and give them hope."

To meet the Ambassadors:  Akron, Austin and Columbus.

agilon health is partnering with U.S. physicians to manage the transition from fee for service to integrated payment and care delivery. Recognizing the increasing pressure on physicians, agilon health has created a complete operating platform for managing global risk-based healthcare that brings people, process and proprietary technology together in partnership with physicians to take responsibility for total healthcare spend. The company has now expanded its operations to leading positions in seven U.S. markets. For more information visit www.agilonhealth.com. 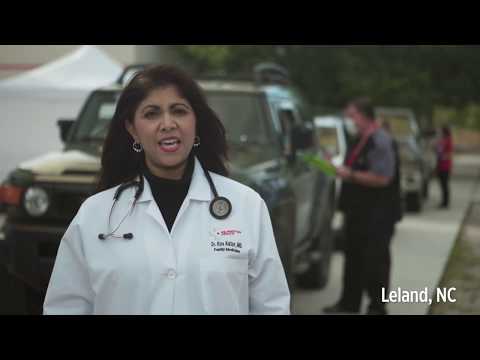 Doctors Nationwide On The Front Line Of Healthcare Send Video...