NEW YORK, Aug. 11, 2020 /PRNewswire/ -- "Inside The Rain," written, directed and starring Aaron Fisher, has won BEST ACTOR in a leading role category by the Ferrara Film Festival.  The film, which has won numerous awards across the film festival circuit, is also Aaron Fisher's directorial debut. Due to the restrictions of COVID-19, the Ferrara Film Festival will only screen the award-winning films from 11 categories, making "Inside The Rain" a featured film. Also co-starring Ellen Toland and featuring Rosie Perez, Eric Roberts, Paul Schulze and Catherine Curtin, the film has been voted as the #1 overlooked film of 2020 on ranker.com, one of the largest databases of opinions. 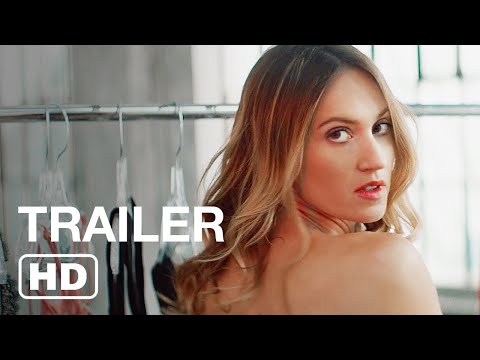 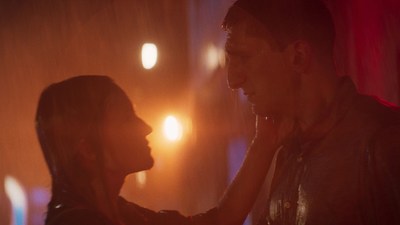 Following its exclusive NYC engagement on March 13th – where it grossed the highest per theater average in the U.S. for the weekend – "Inside The Rain" was booked in theaters in the top 40 US markets, including AMC Theatres and Regal, just as theaters shut down due to the coronavirus pandemic. The film was then immediately released on numerous streaming platforms to make it accessible to a multitude of audiences.  The film can be streamed on Amazon Prime, Peacock, The Roku Channel, Pluto TV, Tubi, YouTube Movies, Sling TV, Xumo, Stirr, FilmRise and other platforms.

"Inside The Rain" is loosely based on Aaron Fisher's personal experiences. Fisher, who suffers from bipolar disorder among other mental health issues, wrote the film as his artistic expression of life from his point of view. The result was a light-hearted and entertaining romantic comedy. The film attracted many top film critics attention including The New York Times, that noted "Aaron Fisher's movie ultimately works as a reflection of its lead character's manic and depressive states," The San Francisco Chronicle said "Assured, offbeat comedy. Aaron Fisher shines both behind and in front of the camera," and Variety hailed "Aaron Fisher's semi-autobiographical dramedy about a manic-depressive student gracefully maneuvers through mood swings."

Film SynopsisCollege film student Benjamin Glass (Fisher) has it all: ADHD, OCD, borderline personality. And he's also bipolar. But Glass is more than his diagnoses – he prefers the term "recklessly extravagant" -- and he's determined to prove his genius. When a misunderstanding threatens to expel him from college, Glass pushes back; he plans on recreating the incident on video, with the help of a moonlighting sex worker (Toland), to clear his name. But how will he raise the money for the film, when his parents dismiss the scheme as another manic episode?

"Inside the Rain" is a wincingly funny rom-com-drama, anchored by off-kilter performances by co-stars Fisher and Toland. The colorful ensemble cast includes Rosie Perez as a tough love shrink, Eric Roberts as an unhinged film producer, and Catherine Curtin and Paul Schulze as the long-suffering parents. The ultimate underdog film and proof that if you believe in yourself, anything is possible.

"Inside the Rain" was written and directed by Aaron Fisher, produced by George LaVoo and executive produced by Christine Vachon, Danny Fisher and Javier Gonzalez.  The film is a presentation of Act 13 in association with Killer Films.  The film was cast by Ellyn Marshall and Maria Nelson of Orpheus Group Casting. Production counsel for the film is Evan Krauss of Eisner, LLP. Produced by Inside the Rain, LLC.

SOURCE Inside The Rain