HACKETTSTOWN, N.J., Jan. 25, 2017 /PRNewswire/ -- Today SNICKERS® announced it will make Super Bowl history as the first brand to conduct a live ad during Super Bowl LI in Houston on Feb. 5. The first-ever live Super Bowl ad, created by BBDO New York, will be performed and broadcast during the first commercial break of the third quarter and will star Hollywood actor Adam Driver.

The brand released a sneak peek of what fans can expect during Super Bowl LI in a series of four trailers today at: https://www.youtube.com/playlist?list=PLCj2swDwts6aIStzgYie3f9r0Q2o1ZnIK. 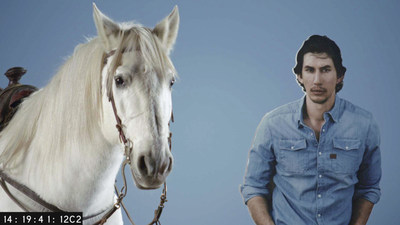 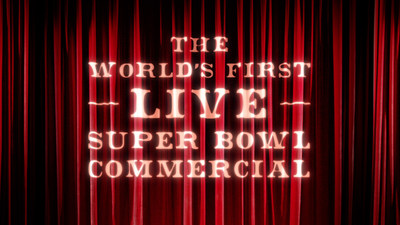 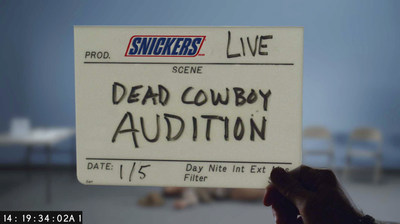 "Every year we challenge ourselves to find new ways to satisfy our fans hunger for entertainment by delivering something new and breakthrough, and there is no better way than being the first to have a Super Bowl live ad," said Allison Miazga-Bedrick, SNICKERS® Brand Director. "But the actual ad is only part of the equation – we're also going to support our 30 second live ad with over 30 hours of original content that we'll stream live leading up to the Super Bowl."

Bruce Lefkowitz, Fox Networks Group Executive Vice President, Advertising Sales, added: "We're excited to welcome SNICKERS® back to the Super Bowl on FOX. There's no bigger platform for capturing consumers' attention than the Super Bowl, which is the preeminent live event on television, and as this first-ever live Super Bowl spot demonstrates, innovation in advertising comes as much from outstanding creative ideas as it does from technology."

To give fans a taste of what to expect from SNICKERS® on Super Bowl Sunday, the brand also is producing a 36-hour live stream event from the set of the commercial that will stream on SNICKERSLIVE.com, as well as the SNICKERS® Facebook page beginning Thursday, February 2, 2017 at 12:00 p.m. ET. The live stream will feature a variety of content themes, as well as celebrity and social influencer appearances.

Beyond the live stream event, the brand will continue to stream live content on its social pages and SNICKERSLIVE.com before, during and after the game on Sunday.

The new spot marks the third consecutive year the brand will advertise during the Super Bowl, and the brand's sixth appearance overall. The new commercial is part of a fully integrated 360 campaign to reinforce the brand's connection to hunger satisfaction before, during and after Super Bowl LI.