PARAMUS, N.J., April 30, 2020 /PRNewswire/ -- Sony Electronics Inc. will expand the capabilities of its digital motion picture camera VENICE and FX9 full-frame camera in 2020 to offer even greater expression and usability for cinematographers and their collaborators in production and post. These firmware upgrades build on the two platforms' extraordinary image capture and color science. VENICE delivers more monitoring options and high frame rate and FX9 expands shooting and recording capabilities for content creators. 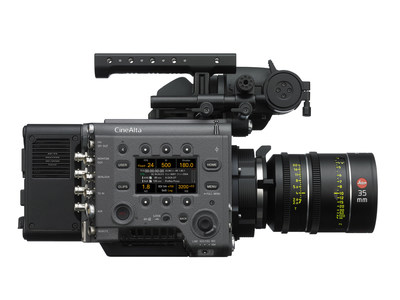 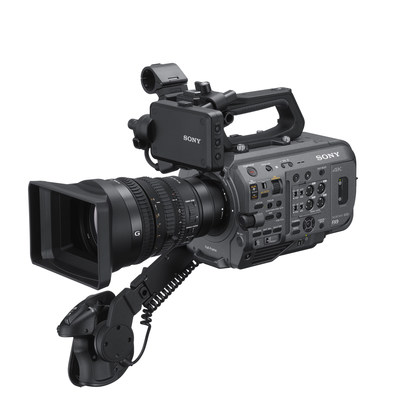 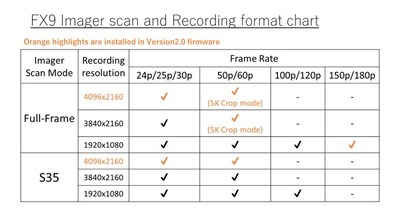 "Sony is committed to empowering filmmakers to fulfill their artistic vision with cameras developed by and for cinematographers," said Neal Manowitz, deputy president of Imaging and Professional Solutions Americas, Sony Electronics. "Shooting capability and efficient workflow are key factors in the selection of camera. We listen to our customers and continue to enhance the functionality of VENICE and FX9 cameras to better meet their visual storytelling needs."

Since its launch in 2017, VENICE has been used to capture more than 200 theatrical, broadcast, cable and streaming releases, including HBO's "The Plot Against America" and sixteen other series premiering in March and April 2020. Regular firmware and hardware updates have been key to the wide adoption of VENICE.

Version 6.0 of VENICE firmware will allow the import of Advanced Rendering Transform (.art) files that improve monitoring picture quality and viewing options on-set. These .art files can be generated by Sony's RAW Viewer software, from users' own 3D LUT files. Additionally, Sony is collaborating with Technicolor and their award-winning color scientists to create a new "look library" for the VENICE camera, which will be available online as a resource for creatives wishing to quickly access some of Technicolor's premier established looks inspired by their cinematic history.

Another enhancement in VENICE Version 6.0 firmware is the ability to shoot with a second user frame line. This enables cinematographers to more easily take advantage of VENICE's large sensor size to shoot for both horizontal and vertical distribution within the same composition.

Additionally, FX9 Version 2.0 firmware will expand the camera's operability with Eye AF technology and touch screen operation for focus control and menu setting on the viewfinder.

About Sony Electronics Inc. Sony Electronics is a subsidiary of Sony Corporation of America and an affiliate of Sony Corporation (Japan), one of the most comprehensive entertainment companies in the world, with a portfolio that encompasses electronics, music, motion pictures, mobile, gaming, robotics and financial services. Headquartered in San Diego, California, Sony Electronics is a leader in electronics for the consumer and professional markets. Operations include research and development, engineering, sales, marketing, distribution and customer service. Sony Electronics creates products that innovate and inspire generations, such as the award-winning Alpha Interchangeable Lens Cameras and revolutionary high-resolution audio products. Sony is also a leading manufacturer of end-to-end solutions from 4K professional broadcast and A/V equipment to industry leading 4K and 8K Ultra HD TVs. Visit http://www.sony.com/news for more information.