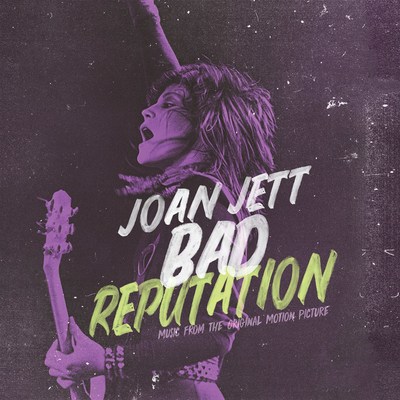 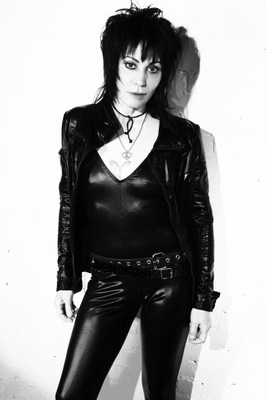 Under the terms of this historic new agreement, the entire Joan Jett catalog--singles, albums, music videos, concert films, etc--will be available under the SME/Legacy umbrella and released in digital and physical formats.

Carianne Brinkman, Vice President, Blackheart Records said, "Blackheart is excited to be working with Sony Legacy, particularly as we enter into the streaming space with the Blackheart Records catalog, including the Joan Jett and the Blackhearts catalog in its entirety. They are the best at what they do and understand the brands and artists they work with. We feel it is the perfect partnership."

"The music of Joan Jett--raw, real and uncompromising--has been an essential part of the pop culture landscape across four decades," said Richard Story, President, SME Commercial Music Group. "Sony Music and Legacy Recordings are both honored and thrilled to be part of the Joan Jett saga and look forward to bringing her music and attitude to future rockers."

Legacy Recordings acquisition and release of the Joan Jett catalog precedes the upcoming theatrical release of "Bad Reputation," director Kevin Kerslake's much anticipated documentary film, which opened to rave reviews at the 2018 Sundance Film Festival. The film chronicles Joan Jett's extraordinary life and career, from her arrival on the scene as an iconoclastic punk rock pioneer in the 1970s through her evolution as musical role model/chart-topping hitmaker with the Blackhearts in the 1980s-1990s-2000s to her induction into the Rock & Roll Hall of Fame in 2015. Distributed by Magnolia Pictures in North America, "Bad Reputation" will play one night only in special theatrical engagements across the country on September 26, and open for full theatrical runs in New York and Los Angeles on September 28, when it will also launch on iTunes, Amazon and On Demand everywhere. Theatrical engagements of the film will feature 10 minutes of never-before-seen bonus footage of Joan Jett that can only be seen in theaters.

Under the new agreement, Legacy/Blackheart will release the Bad Reputation soundtrack album on September 28. The career-spanning soundtrack premieres a new Joan Jett and the Blackhearts track, "Fresh Start," alongside definitive live and studio performances by Joan Jett and the Blackhearts as well as tracks featuring The Runaways, Bikini Kill, members of The Sex Pistols, and more.   The album includes "Androgynous," an unreleased track performed by Miley Cyrus, Laura Jane Grace, and Joan Jett.

In addition to the Joan Jett and the Blackhearts catalog, titles covered under the SME/Blackheart acquisition deal include recordings by Evil Stig (featuring Joan Jett), Cherie Curie, FEA, Jackknife Stiletto, Girl in a Coma, The Dollyrots, The Vacancies, The Cute Lepers, and The Eyeliners as well as "various artists" compilation albums including A Blackheart Christmas and Laguna Tunes.

Joan Jett and the Blackhearts have created an unforgettable catalog of iconic recordings that can be heard around the world every day on radio as well in zeitgeist-capturing TV and motion picture soundtracks ranging from "Baby Mama," "Kick Ass," "Shrek"  and "Easy A" to "Once Upon a Time," "Nashville," "CSI," "The Muppets," "True Blood," "Jessica Jones," and "The Sopranos" to Steven Spielberg's most recent science-fiction feature "Ready Player One."  Jett's music has been used in a variety of commercials including campaigns for Target, Volkswagen, Hyundai and others.

An archetypal profoundly influential musician who's been called "the godmother of punk" and "the original Riot Grrrl," Joan Jett blew open the gates of rock and continues to inspire new generations of cultural revolutionaries.

24. Girl in a Coma - Adventures in Coverland

27. The Dollyrots - Because I'm Awesome

29. The Dollyrots - A Little Messed Up

30. The Vacancies - A Beat Missing or a Silence Added

33. The Eyeliners - No Apologies