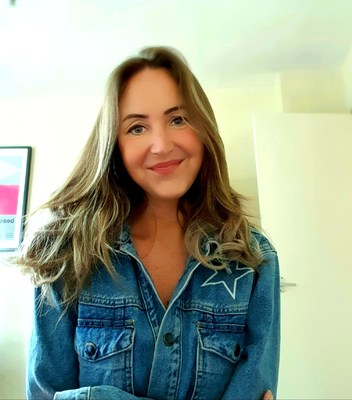 As Vice President, Creative, Pixie will be responsible for implementing creative strategies for Sony/ATV UK's synch division across all media. Additionally, she will maintain and develop relationships with clients and songwriters, and work with them to create new synch opportunities. In his new role as Vice President, Licensing, Chris will lead Sony/ATV UK's licensing strategy and set the agenda for pricing and negotiation for its synch business. Pixie and Chris will be supported by Nick Oakes, who will be taking on the newly created role of Director, UK Synch.

Sony/ATV UK Co-Managing Directors David Ventura and Tim Major stated, "It's important that we remain close to our songwriters in every area of business and that we establish and protect value in their art. With Pixie and Chris at the helm, we are even more confident that Sony/ATV can offer the most innovative, creative and competitive opportunities for our songwriters and clients, and that we are fully equipped to continue our great success in this everchanging marketplace. We are delighted for them both, and can't wait to see what they, and the incredibly talented synch team they now lead, can achieve together."

Sony/ATV President, Global Chief Marketing Officer Brian Monaco stated, "I have had the privilege of working with Pixie since 2012 and Chris since 2007 – their combined experience and successful track records in creative and licensing are unparalleled. As synch continues to be an extremely important and flourishing aspect of Sony/ATV's business, I couldn't be happier to have Pixie and Chris leading the charge in the UK."

Pixie stated, "It is an absolute honour to co-head such a talented and dynamic UK synch team with Chris, and I can't wait to build upon the success that they have already achieved. We want to ensure that the Sony/ATV catalogue flourishes, and I look forward to working with our brilliant songwriters to create exciting, innovative synch opportunities."

Chris said, "I am thrilled to have this opportunity to co-head the UK synch team alongside Pixie, and I'm proud to lead the UK's licensing strategy for the incredible Sony/ATV catalogue. Together, with our exceptional team, we will work to create new opportunities and deliver the best service for our songwriters."

Pixie launched her music business career at ITV Yorkshire in 2004, and she later became a music consultant at EMI Production Music in 2009. When Sony/ATV merged with EMI in 2012, she moved to London to manage Sony/ATV's production music sales team. In her most recent position as Head of Creative Supervision and Catalogue Synch, Pixie was responsible for liaising with television, advertising, brand and film companies across the UK and forming relationships with clients and songwriters.

Chris began his music industry career in 2004 when he joined EMI Music Publishing as a Synch & Licensing Assistant. He was later promoted to Senior Licensing Manager in 2011 and transferred to Sony/ATV when it merged with EMI in 2012. In 2013, Chris was promoted to Head of Synch & Licensing at Sony/ATV, where he co-led the UK's newly combined synch team, developed new licensing processes, and advised on synch deals across media forms.