Cheyipai will be operated independently under its original brand, team and organizational structure. Cygnus Equity was the sole financial advisor during the acquisition, SouChe said. 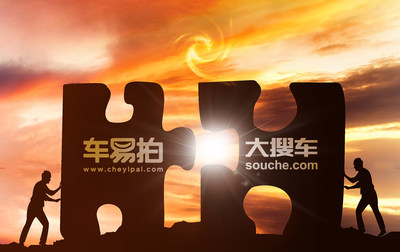 Kevin Yao, CEO of SouChe, said that the acquisition aimed at building a whole new platform for used car trading. "It is rather strategic collaboration than merely acquisition, but the capital cooperation will enhance the relationship between the two companies," he explained.

The real problems of used car trading have never been really tackled, and the acquisition is expected to solve some of issues  for the industry, he added.

It's SaaS business has digitalized the operation for over 30,000 used car dealers, 60,000 Tier 2 new car dealers, and 5,000 4S Stores. Thanks to the strong network of dealers, SouChe has successfully raised more than $600 million of funding from well knows investors, including strategic investors, Ant Financial and Alibaba, in 2017.

TanGeChe is now helping clear leading  position among its peers. According to SouChe, its dealer partners have established more than 1,600 TanGeChe community stores across China, achieving half of its annual target just in the first quarters.

SouChe will further upgrade its resources/capability in 2018 by combining its digitalized offline dealer network, on the large number of SaaS users , vast car sourcing capability and large volume of consumer traffic.

It seems that the business expansion of SouChe from the trading of new cars to used cars is just a matter of time, and it will become the third advantage of the company after it acquired Cheyipai.

Cheyipai, who focused on used-car inspection and online auction starting from 2016, has accumulated rich experiences in the business. Car dealers can make bids online after reading online inspection reports, allowing the auctions to be completed in 15 minutes and cars to be sold to buyers across the country within 1 hour.

"SouChe has expanded the business boundaries of Cheyipai, and the two companies will together promote the large-scale online circulation of used cars across the country," said Yang Xuejian, CEO of Cheyipai.

Yao said the trading volume of used cars reached tens of millions in 2017, while less than 10 percent of the figure was contributed by the top three e-commerce platforms of used cars.

As long as a new growth point is created, all the players will have the opportunity to get into the arena for next level of competition, Yao said.

Before the acquisition, the main players in online used car market were Guazi, www.xin.com and renrenche. SouChe's acquisition of Cheyipai will change the competition from a game of three players to a game of four players, industry insiders predicted.

"We did a test and  the sales volume was better than we had expected," said Yang, believing that the used car business will move forward faster when the two platforms team up.

As of now, Cheyipai's trading network has covered more than 600 cities across the country. The platform has more than 65,000 car dealers and it has inspected and traded more than 3 million used cars.

"Having all the resources that our rivalries have, the new bigger platform will be more competent ," said a used dealer.

Small businesses can take part in the competition

Different from other players, the strategy of SouChe is to join force with its 100,000 offline dealers in the industry, including used car dealers, Tier 2 dealers and 4S Stores..

Michael Chen, an investor of SouChe from  Warburg Pincus, said the value chain of used car transaction is very long, within which consumer-to-consumer (C2C) model will unlikely efficient while an enterprise (dealer) in the middle of C2C probably is a key to improve the efficiency.

SouChe connects the consumer with enterprises in a asset-light business model, giving the offline dealers more opportunities for transaction, such as improving supply of used cars, logistics, customer service, training, information technology system, and data technology and products, according to Chen.

By sharing fundamental capabilities, SouChe will empower all dealers on the platform   will be able to participate in the trading of used cars nationwide, Chen explained.

SouChe also gives more power to its offline dealers, instead of controlling them, Yao said. The core of the relationship is collaboration , not supervision, he explained.This business model will motivate every dealer to reach their full capacity and  achieve explosive growth, which is definitely surprise to  large-scale platform that put all human resources under one roof.