WASHINGTON, Sept. 9, 2021 /PRNewswire/ -- SoundExchange, the premiere technology solutions company building the future of music, today announced the promotion of Tim Dadson to General Counsel. In this role, Dadson will oversee the comprehensive legal functions of the organization, including regulatory issues, enforcement programs, rate proceedings, corporate governance, compliance, and beyond. Dadson will also serve as the chief legal advisor to SoundExchange and will form part of the executive team reporting to Michael Huppe, President and Chief Executive Officer. 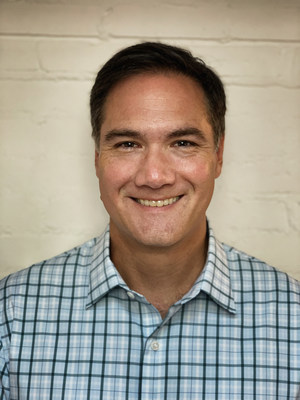 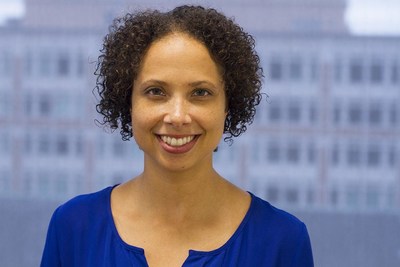 SoundExchange has promoted Tim Dadson to General Counsel at the company.

"It is an exciting time at SoundExchange as we innovate technology solutions, grow our suite of fintech services, and expand our data capabilities to empower creators everywhere," said Huppe. "Tim is an exceptional leader with more than two decades of experience that will help support our transformation by leading the legal team at this critical juncture. I look forward to working more closely with him as we continue to improve how the industry enables the creative community."

"I am thrilled to continue my journey at SoundExchange during this exciting period of transformation at the organization," said Dadson. "The importance of music in our lives is clearer today than ever before, and I am looking forward to building a tech-first future of music that empowers creators and values the incredible contributions they make to the world."

Dadson has been serving as Deputy General Counsel at SoundExchange since 2017 and first joined the organization as Assistant General Counsel in 2012. Over the past 10 years, he has been instrumental in building the organization's legal practice and processes and has led key strategic initiatives, including the formation of Music Speaks, the company's political action committee, and the SoundExchange Mediation program designed to assist artists in resolving royalty disputes, among others. Dadson has more than 20 years of legal experience, including posts at the Washington Football Team, Sidley Austin LLP and Akin Gump Strauss Hauer & Feld LLP. He earned a Bachelor of Arts degree from Wittenberg University and a Juris Doctor from Duke University School of Law.

Additionally, Brieanne Jackson has been promoted to Deputy General Counsel from Assistant General Counsel, Licensing & Enforcement. Jackson has nearly 15 years of legal experience, including 10 years at SoundExchange leading licensing and enforcement efforts. She began her career as a litigation associate at Ropes & Gray LLP and also served as Assistant Attorney General (Trial Division) for the Commonwealth of Massachusetts. Jackson earned a Bachelor of Arts from Iowa State University and a Juris Doctor from Harvard Law School, and she currently serves as co-chair of the SoundExchange Diversity, Equity, and Inclusion Committee.

Separately, SoundExchange today announced that Colin Rushing, Chief Legal Officer, has decided to step down at the end of 2021 after almost 14 years at the company.

Huppe added, "Colin has been an invaluable member of the SoundExchange team over the past 14 years.  We thank him for his countless contributions to our organization and the important role he has played in striving for fairness for creators everywhere. We are excited for Colin and wish him the best in his next chapter."

"It has been a tremendous honor to serve music creators in my time at SoundExchange," said Rushing. "I am proud of what our team has accomplished, and I am especially proud to be leaving the department and the entire company in excellent hands. I'm looking forward to my next chapter, and plan to keep pursuing my passion: helping music creators thrive in a constantly changing landscape."

During his 14-year tenure at SoundExchange, Rushing led rate setting efforts before the Copyright Royalty Board securing substantial increases in the royalty rates for digital radio services, including a 17% increase in webcasting rates in 2021; worked on legislation benefiting creators, including the CLASSICS Act and AMP Act as well as ongoing work to secure a performance right for broadcast radio; spearheaded litigation on behalf of SoundExchange payees; and oversaw the development of several programs, including enforcement programs that generate millions of dollars a year in additional revenue for creators and the first license management program at SoundExchange. Rushing first joined SoundExchange in 2008 as Senior Counsel, and was subsequently promoted to General Counsel in 2011, Senior Vice President and General Counsel in 2014, and his current role of Chief Legal Officer in 2020. Rushing was named a top music industry lawyer by Billboard Magazine several years in a row.

About SoundExchangeSoundExchange collects and distributes digital performance royalties on behalf of more than 250,000 recording artists' and master rights owners' accounts and to date has paid more than $8 billion in distributions. Through unparalleled innovation of financial tech products and services, it distributes royalties to creator groups, advocates for fair pay across platforms, and creates systems that improve how the industry operates. Its proprietary fintech solutions help turn data into accurate revenue for creators and include Music Data Exchange (MDX) and International Standard Recording Codes (ISRC) Search. For more information, visit www.soundexchange.com.

SoundExchange Announces Programming and Talent Line Up for...