The endowed professorships are made possible by a $7.5 million gift from The Charles and Lucille King Family Foundation, which will also support an endowed scholarship. 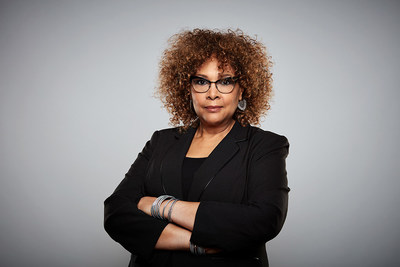 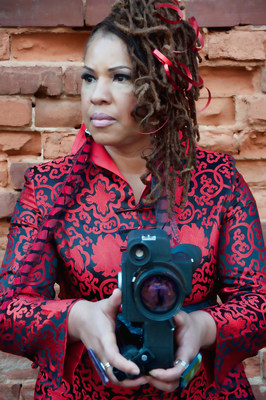 "Ayoka Chenzira and Julie Dash are pioneers in the arts and beyond. Their scholarship and leadership at Spelman and continued excellence through their current contributions to the film industry provide students with real world examples of how they can succeed as creative storytellers and change agents. We are grateful for this generous gift from The Charles and Lucille King Family Foundation that honors these luminaries and supports the arts at Spelman," said Mary Schmidt Campbell, Ph.D., president of Spelman, "This gift comes to the College as we celebrate the success of new art programs in documentary filmmaking and photography, as well as the forthcoming development of the new Center for Innovation & the Arts. Through this gift Spelman will continue to encourage students to be innovative risk-takers, inventive creators and artistic collaborators."

In 2017, under the direction of Dr. Chenzira, Spelman became the first historically Black college or university to offer undergraduate degrees in documentary filmmaking and photography. The major is an outgrowth of the Digital Moving Image Salon, which was founded by Dr. Chenzira in 2003 to teach students to analyze films and use digital media tools to produce documentaries that focus on the lived experiences of women of color. Dr. Chenzira is one of the first African American women to write, produce and direct a 35mm feature film, with her work, "Alma's Rainbow." Her films are currently being preserved by the Academy of Motion Picture Arts & Sciences."I am deeply grateful to The Charles and Lucille King Family Foundation for this gift. It is historic and honors the work of two African American women filmmakers," said Dr. Chenzira. "It will also help support and celebrate our students as they engage in more extensive research and creative risk-taking, finding their artistic voices in an increasingly more complicated world. As the Division Chair for the Arts, I am inspired by our students' work, and look forward to the innovative collaborations that the gift will inspire."

Dash joined Spelman in 2017 as the Distinguished Professor in the Arts to help develop the documentary filmmaking major. With her 1991 independent film "Daughters of the Dust," Dash broke through racial and gender boundaries to win the Sundance Film Festival's Excellence in Cinematography Award.

"The Charles and Lucille King Family Foundation endowed professorships and endowed scholarship in the arts are tremendous gifts that will help advance our documentary film program," said Dash. "Understanding the language of film and video is important, and being able to produce and create in that language is essential to cross global communications."

"It is an honor to commit these gifts to Spelman College. For more than 25 years, Spelman President Mary Schmidt Campbell shared an enduring friendship with our generous benefactor and original president and chair Diana King," said Eugene V. Kokot, trustee, president and chair of The Charles and Lucille King Family Foundation. "These gifts are to honor, in a meaningful way, the relationship shared between Diana King and Dr. Campbell, by helping to underwrite Spelman's mission of preparing its students to be innovative and creative social change agents. The Diana King Endowed Professorships and Scholarships will help permanently endow the 'Spelman Promise' by ensuring that students will have financial support to pursue their studies and graduate with a competitive edge and that they are prepared for life and career."

Spelman's class of 2021 documentary film majors are the first to graduate with a degree in documentary filmmaking. The robust program offers students an opportunity to study history, theory, and production in a liberal arts environment using filmmaking as an art practice that intersects with issues of social justice. The program's focus is to develop the next generation of Black women creators who see the world through their histories, experiences and interests.

Directed by Ayoka Chenzira Hair Piece: A Film for Nappyheaded People An animated satire that unpacks the stereotypes associated with Black hair texture and styles, and the ways in which Black hair is made to be non-normative.

Alma's Rainbow A coming-of-age comedy-drama about middle-class Black women living in Brooklyn, explores the life of teenager Rainbow Gold (Victoria Gabrielle Platt), who is entering womanhood and navigating conversations and experiences circulating around standards of beauty, self-image, and the rights Black women have over their bodies.

Queen Sugar "Queen Sugar" tells the story of the estranged Bordelon siblings in Louisiana. At the center of the family are Nova, a journalist and activist; Charley, the wife and manager of an NBA player; and formerly incarcerated father Ralph Angel, who is searching for redemption. Official Trailer: 'Queen Sugar' Season 4: Episode 13  Directed by Ayoka Chenzira | Oprah Winfrey Network

Directed by Julie Dash The Rosa Parks Story (starring Angela Basset) This biopic tells the story of civil rights activist Rosa Parks (Angela Bassett) from her days as a private-school student to her public battle against racism and segregation.

Daughters of the Dust At the dawn of the 20th century, a family in the Gullah community of coastal South Carolina -- former West African slaves who adopted many of their ancestors' Yoruba traditions -- suffers a generational split.

Travel Notes of a Geechee Girl The documentary film about the life and works of Vertamae Smart Grosvenor, an American culinary anthropologist, griot, food writer, and broadcaster on public media. Born into a Gullah family in the Low Country of South Carolina, she moved with them as a child to Philadelphia during the Great Migration.

About Spelman College Founded in 1881, Spelman College is a leading liberal arts college widely recognized as the global leader in the education of women of African descent. Located in Atlanta, the College's picturesque campus is home to 2,100 students. Spelman is the country's leading producer of Black women who complete Ph.D.s in science, technology, engineering and math (STEM). The College's status is confirmed by U.S. News & World Report, which ranked Spelman No. 54 among all liberal arts colleges, No. 19 for undergraduate teaching, No. 4 for social mobility among liberal arts colleges, and No. 1 for the 14th year among historically Black colleges and universities. The Wall Street Journal ranked the College No. 3, nationally, in terms of student satisfaction. Recent initiatives include a designation by the Department of Defense as a Center of Excellence for Minority Women in STEM, a Gender and Sexuality Studies Institute, the first endowed queer studies chair at an HBCU, and a program to increase the number of Black women Ph.D.s in economics. New majors have been added, including documentary filmmaking and photography, and partnerships have been established with MIT's Media Lab, the Broad Institute and the Army Research Lab for artificial intelligence and machine learning. Outstanding alumnae include Children's Defense Fund founder Marian Wright Edelman, Walgreens Boots Alliance CEO Rosalind Brewer, political leader Stacey Abrams, former Acting Surgeon General and Spelman's first alumna president Audrey Forbes Manley, actress and producer Latanya Richardson Jackson, global bioinformatics geneticist Janina Jeff and authors Pearl Cleage and Tayari Jones. For more information, visit Spelman College.