LONDON, Sept. 24, 2021 /PRNewswire/ -- In celebration of 25 years of one of the most popular girl bands across the world, the Spice Girls, Spotify has recreated the iconic Spice Bus from the film Spice World and taken fans on the journey of a lifetime in the form of a Spice Girls tour across London. 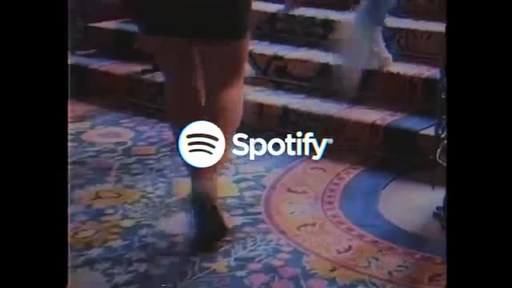 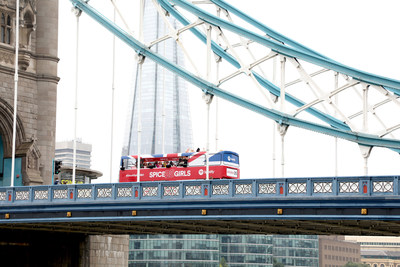 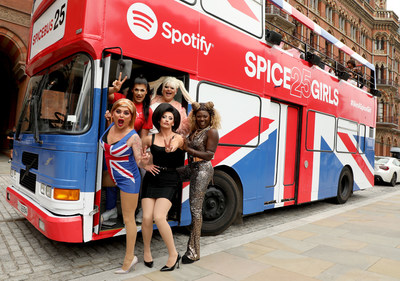 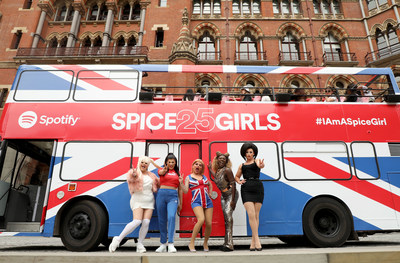 The bus turned heads as it travelled through London, kicking off at the St Pancras Renaissance Hotel London, where the iconic music video for "Wannabe" was filmed. Spotify's Spice Bus then journeyed around the capital and over Tower Bridge (thankfully just driving and not flying through the air as in Spice World).

2021 marks the 25th anniversary of the Spice Girls. Their debut, and most streamed track of all time (with over 600 million streams), "Wannabe" was released on the 8th July 1996, followed by the album "Spice" which launched in Japan on 19th September the same year before being rolled out globally, and has amassed an incredible 860 million streams in total over the years.

Sulinna Ong, Spotify UK/IE, Head of Music says: "The Spice Girls have shaped the way the music industry operates today. Their message of female empowerment resonated across the world, no matter who you were or what you looked like - and continues into this day. The fact that 18-24 year olds stream the Spice Girls the most shows what an impact the girls continue to have around the world. Bringing back the Spice Bus is Spotify's way of giving a little something back to the fans who have flown the flag for Girl Power over the 25 years."

Additional imagery of Spotify's Spice Bus can be found HERE.