NEW YORK, Feb. 25, 2021 /PRNewswire/ -- Spotselfie, the first Augmented Reality (AR) social application with its unique patented technology, announced today that it has been granted a patent for technology included in its urMojo feature to add to part of its portfolio of social media patents. The Spotselfie app gives power back to users to create safe, trustworthy social networks and communities on social media. The new urMojo feature enables Spotselfie users unprecedented ease and user interface for connecting with people who share similar interests while controlling who can see, find, and interact with their content.

Everything in the Spotselfie app is now controlled by each user's mojo, which means that every piece of content, each profile that a user finds and interacts with, every feed channel in either AR or the traditional feed (including Following, Near Me, and Discover) is controlled through each user's own mojo.

Social media continues to be increasingly popular, with over 3.6B users worldwide, but with this popularity comes safety and privacy concerns as well as a lack of interactive communities based on similar interests. With the Spotselfie app's urMojo feature, users can have more control by answering 16 questions about individual traits, preferences, intentions, personality, and interests. The Spotselfie interface then provides the user with a list of other users in order of how they match up using a percentage. As each of the 16 questions has 6 answer choices, the app has the ability to create over 2.8 trillion different mojos, each customized exactly to users' interests and content preferences. For quick reference, users can view other users' mojos based on 16 color shades, which are featured in an image on the user's profile.

In order to create distinctive, trustworthy communities, users can also set any of the 16 questions to "must match," which turns the social networking to a custom network just for that user.This gives power back to the users to control their social footprint, because if a user answers a question using "must match," only other people who answered that same question exactly as they did can see the original user's profile and content. The urMojo feature can also remove specific subject matter from appearing in a user's social feed through the "must match" option, giving the user further control. Users can utilize this option to completely remove certain types of content from their view, such as sports-related content or political-related content. Overall, this feature, along with other privacy measures, gives users the opportunity to manage who is seeing their content, as well as what content they see themselves, while still meeting new people outside of their inner circles.

The urMojo feature also encourages users to break out of their comfort zones and connect with individuals from around the world based on similarities or differences. In addition, some users may want to connect with individuals based on similar interests, other users may want to connect based on different interests or areas of curiosity. This means that if a user currently lives a sedentary lifestyle but wants to become more active, they can set the filter to find active people whose lifestyles they'd like to emulate, to motivate them to become more active and adventurous as well.

"With so much information and content out in the world right now, Spotselfie's urMojo feature enables users to create a custom augmented reality social network tailored to their specific interests," said Ray Shingler, Co-Founder and Director of Product Development for Spotselfie. "We are proud to be able to provide a social network that gives the power back to the end users on what they want to see, how their own content is distributed within the social network, and ultimately provide them with more creative control over the communities they cultivate."

The Spotselfie app offers various other privacy features allowing users to control who can see their content. Users can decide the visibility of their posts by choosing to post to the public (anyone on Spotselfie), followers (only those who follow you), friends (followers who you follow back), current location (only those within a certain radius of post), or private (visible to only you).

The Spotselfie app will be available for download in Spring 2021. For more information, visit http://www.spotselfieapp.com/.

Spotselfie™ is an innovative augmented reality social app that allows users to post virtual objects, pictures, videos, stickers and other digital material geotagged to locations around the globe. Created specifically for live social interaction, this patented technology allows other users on the app to view the posted content in AR via their own phones, as they walk throughout the digital landscape simultaneously. These posts promote user engagement, with fun social interactions that subsequently take place in the real world, allowing people to connect with others faster and with more physical interaction than they normally would using traditional social media platforms. The Spotselfie™ app is available for iPhone and Android. Learn more at: http://www.spotselfieapp.com/ 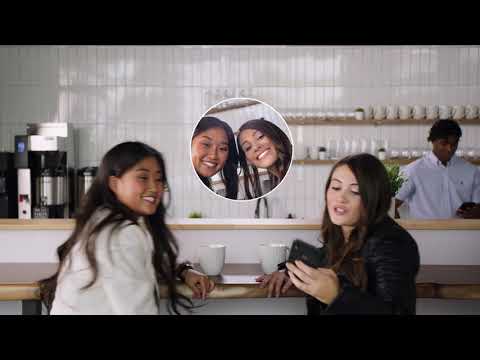