NAPA, Calif., Feb. 26, 2020 /PRNewswire/ -- Stag's Leap Wine Cellars, one of Napa Valley's most iconic producers of Cabernet Sauvignon, is celebrating its 50th Anniversary.  Since its founding in 1970, the winery has had an unwavering commitment to expressing the true character of the historic S.L.V. and FAY estate vineyards and its CASK 23, S.L.V., FAY and ARTEMIS are among the most highly-regarded and collected Cabernet Sauvignons worldwide. 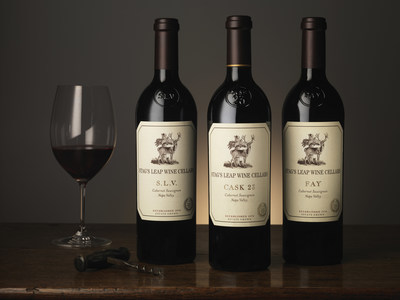 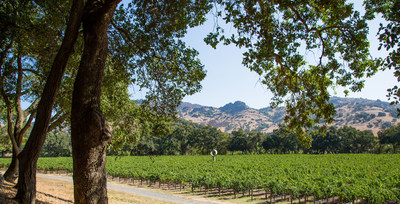 Stag's Leap Wine Cellars stunned the world in 1976 when its 1973 S.L.V. Cabernet Sauvignon bested some of Bordeaux's first-growth wines in a tasting in Paris. It was the winery's first commercial vintage, a wine produced from young, three-year-old vines. While the "victory" over the French in "The Judgment of Paris" continues to be hailed throughout the world – and the winery is still humbled by the achievement – Stag's Leap Wine Cellars enters its golden anniversary year with a renewed commitment to producing complex and age-worthy wines.

"The Judgment of Paris put Stag's Leap Wine Cellars, the Napa Valley wine region, and the entire American wine industry on a path to worldwide renown," said Winemaker Marcus Notaro. "It's a legacy everyone at the winery, in the vineyard and in the tasting room carries forward each day, while pushing the boundaries to do even better."

In celebration of the 50th Anniversary, Stag's Leap Wine Cellars will be participating in high-profile consumer, trade and media events at the winery and around the world. Consumers are encouraged to attend these events or come visit the winery to mark this milestone anniversary.

The winery kicked-off its 50th Anniversary activities at South Beach Wine & Food Festival (SOBEWFF) on February 20-22.  Other key events in the U.S. include:

Since acquiring the winery in the summer of 2007, the historic partnership of Ste. Michelle Wine Estates and the Antinori family (Tuscan vintners since 1385) has worked tirelessly to preserve the Stag's Leap Wine Cellars legacy and to set the bar even higher for the decades to come.

"Very few brands have longevity and staying power," said Jim Mortensen, President & CEO of Ste. Michelle Wine Estates. "The ones that stick around stay true to themselves and continually push the envelope. Stag's Leap Wine Cellars follows this model.  No resting on laurels or autopilot, but rather a drive to ensure the next 50 years are even more glorious than the first 50."

A step back in time puts Stag's Leap Wine Cellars' current and future plans in perspective. The estate was founded in 1970 with the purchase of orchard land in what is now the Stags Leap District AVA in southeastern Napa Valley. Cabernet Sauvignon and Merlot grapes replaced the prunes and walnuts, and the winery was built in 1972. A wine was made there in that year, but it was the 1973 S.L.V. Cabernet Sauvignon that impressed – and shocked – a panel of experts on French wine. In the 1976 Paris Tasting, a blind tasting, they chose S.L.V as the finest red wine in the group, without knowing its provenance.

"It's a good time to reflect on what Napa Valley was like when the winery was first established," says Notaro. "There were more prune orchards than vineyards, very little infrastructure, and certainly no guarantee of success. The 1973 S.L.V. proved that a can-do spirit, keen attention to the viticulture and enology practices and a remarkable site could produce California wine on par with the best of Europe."

Twenty years after the Judgment of Paris, in 1996, the Smithsonian Institution created a display documenting the groundbreaking tasting and wine's coming of age in California. The 1973 S.L.V is now part of the permanent collection in the National Museum of American History.

Looking back also helps put into perspective the impetus to plant grapevines at Stag's Leap Wine Cellars. In 1961, Nathan Fay was the first to cultivate Cabernet Sauvignon in the Stags Leap region, discounting opinions from others that the area was too cool for red Bordeaux varieties. It proved to be perfect for ripening luscious dark-berry fruit aromas and flavors in the grapes, firm yet supple tannins in the wines, a refreshing acid character from start to finish, and the structure that promises longevity in the cellar.

A tasting of Nathan Fay's exceptional homemade Cabernet in 1969 from his own ranch, led the winery to purchase and plant the adjoining ranch, now known as S.L.V. In 1986, Stag's Leap Wine Cellars bought Fay's 66-acre vineyard and named it FAY in his honor. Today, it remains one of the great Napa Valley vineyards, producing fruit with an abundance of supple red and blackberry character, perfumed aromas and seductive, fine-grained texture.

In 2001, the winery purchased an additional estate vineyard (Danika Ranch) on Big Ranch Road in the Oak Knoll region as a source of beautiful Chardonnay and Sauvignon Blanc. The Twin Creeks Vineyard in the hills of Wooden Valley, northeast of the city of Napa, was acquired by Ste. Michelle Wine Estates in 2016, to add Cabernet Sauvignon grapes to the ARTEMIS program.  In 2019, Greenwood Vineyards, a 56-acre vineyard located north of the town of Calistoga, was also acquired with grapes intended for ARTEMIS.