NEW YORK, Aug. 9, 2021 /PRNewswire/ -- Starboard Value LP (together with its affiliates, "Starboard" or "we"), one of the largest stockholders of Box, Inc. ("Box" or the "Company") (NYSE: BOX), with an ownership stake of approximately 8.6% of the Company's outstanding shares, today announced that it has issued a detailed presentation titled "Unlocking Value at Box," outlining Starboard's views on Box, its history of engagement with the Company, the challenges that plagued the Company historically and continue to exist today, opportunities to drive improved performance through the implementation of numerous value-enhancing initiatives, and details surrounding Starboard's slate of highly-qualified and experienced director nominees for election to Box's Board of Directors (the "Board") at the Company's upcoming 2021 Annual Meeting of Stockholders (the "Annual Meeting"). 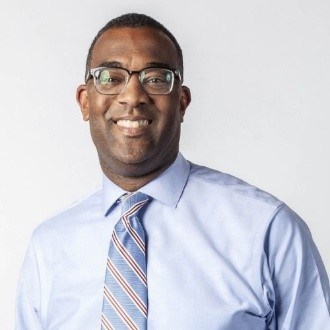 The full presentation, Unlocking Value at Box, can be found at https://shareholdersforbox.com/wp-content/uploads/2021/08/Starboard-Box-Investor-Presentation.pdf.

Below are some highlights from Starboard's detailed presentation.

Please vote on the WHITE proxy card TODAY to support the election of Starboard's highly-qualified directors at the upcoming Annual Meeting.

If you have any questions, require assistance in voting your WHITE proxy card, or need additional copies of Starboard's proxy materials, please contact Okapi Partners LLC, which is assisting Starboard, at the phone numbers or email listed below.

About Starboard Value LPStarboard Value LP is a New York-based investment adviser with a focused and differentiated fundamental approach to investing primarily in publicly traded U.S. companies. Starboard seeks to invest in deeply undervalued companies and actively engage with management teams and boards of directors to identify and execute on opportunities to unlock value for the benefit of all shareholders.

1 Source: Company filings, Capital IQ. Market data as of August 4, 2021.Note: Returns adjusted for dividends. Peer group include all peers listed on page 12 of the Company's FY2021 amended 10-K. Peer group stock price performance is equal-weighted.2 Source: Company filings, Capital IQ, Bloomberg. Market data as of August 4, 2021. Based on EV / CY2022 Revenue multiples.3 Based on stock-based compensation expense as a percentage of average market capitalization for latest fiscal year for each company in the peer group, excluding Forescout Technologies and RealPage, which were acquired in August 2020 and April 2021, respectively.