BOSTON, June 28, 2017 /PRNewswire/ -- Trivia Question: Who are the only two kids to have won both an X Prize and an Emmy? Well they are girls; they are into STEM; they are twins, and they are only 11 years old!  Tonight Hadley Robertson and Delaney Robertson, the featured co-hosts of the Twice As Good Show on PBS, received an Emmy at the 40th Annual National Academy of Television Arts and Sciences Boston/New England Emmy Awards Ceremony.  The two were the youngest winners on the red carpet event held at the Marriott Copley Place in Boston, Massachusetts.  Their Emmy, in the Children/Youth category, was given for their work co-hosting a Twice As Good episode entitled A Taste of Maine. 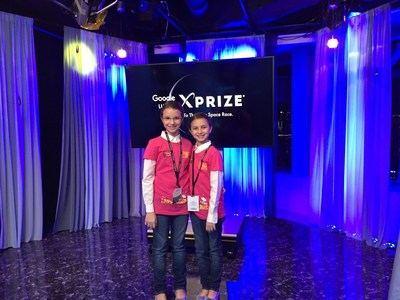 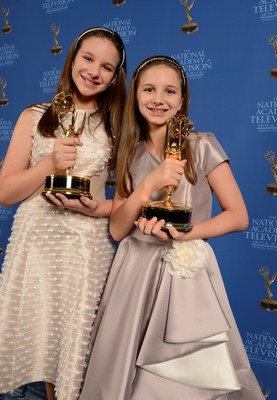 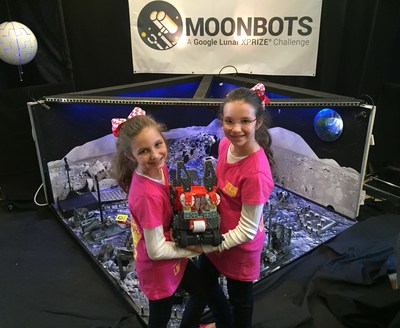 Just over a year ago Hadley Robertson and Delaney Robertson won the Los Angeles based Google Lunar XPrize Moonbots Challenge, an international robotics competition culminating in Tokyo, Japan in which two or more person teams compete to design and create a lunar robotic rover.  The competitors were judged in part on their robot's ability to perform lunar tasks and in part on their ability to communicate STEM concepts.

About XPrize – XPRIZE http://lunar.xprize.org/, the global leader in incentivized prize competitions, partnered with Google to create the Google Lunar XPRIZE Moonbots Challenge—an international competition that inspires the next generation of space explorers and innovators by inviting kids ages 8-17 to design, create and program their own lunar rover.  The Moonbots Challenge is part of the larger $30M Google Lunar XPRIZE, a global competition to land a privately funded robot on the moon. In addition to XPRIZE and Google, Moonbots competition partners include FIRST® LEGO® League, Cogmation Robotics, VEX Robotics Inc., Spin-Master Ltd., the Robotics Education and Competition Foundation (RECF), GeekDad, GeekMom, Robomatter Incorporated and Dexter Industries.

About Twice As Good: Twice as Good http://twiceasgoodshow.com/ is a cooking show for kids airing on PBS stations across the country featuring twin sisters Hadley Robertson and Delaney Robertson.  Now in its sixth season, Twice As Good recently filmed its 60th episode. Each episode is filmed in a featured city, state or region and highlights a renowned local guest chef cooking signature recipes alongside the co-hosts.  In between recipes, the show introduces its viewers to the history and culture and science of the featured location.  Twice As Good uses its recipes and ingredients as a platform to teach science, geography, math, and history. Twice As Good is distributed to the PBS community across the country by NETA (the National Educational Telecommunications Association) and produced and presented in association with New Hampshire Public Television.