TEL AVIV, Israel, March 16, 2021 /PRNewswire/ -- StoreDot, the pioneer of extreme fast charging (XFC) battery technology for electric vehicles (EVs), today announces the appointment of London-based Dr. David Gilmour as Executive Chairman. Gilmour is the former Vice President of Business Development at bp and the former Global Head of bp Ventures. He has served on StoreDot's Board of Directors since 2018. He is replaced as bp's representative on the board by Dr. Jon Salkeld, Head of Scientific Innovations, Strategic University & External Partnerships at bp. Both appointments are effective immediately. 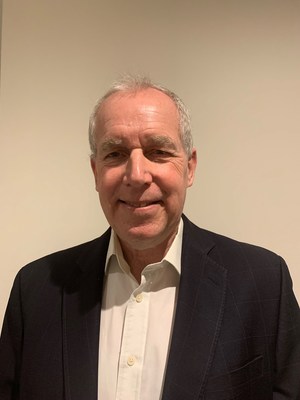 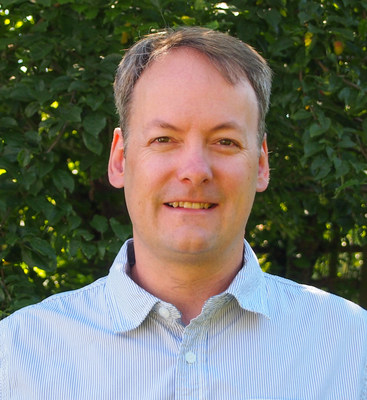 Gilmour took over responsibility for bp's venturing activities at the end of 2016, following a 7-year stint running its aviation fuel supply business, Air bp. He has been instrumental in building up a network of high-growth technology businesses to support bp's transition to a fully-integrated energy company, especially in the mobility area. Working alongside StoreDot's executive team, he will play a central role in aligning StoreDot's commercialization strategy with the wider EV ecosystem as the company moves closer to bringing its XFC five-minute charge batteries to market.

Gilmour comments: "I'm delighted to be stepping into the role of StoreDot Chairman at such a pivotal time, both for StoreDot and the EV industry as a whole. The rapid rise in EV sales during what was a very challenging 2020 provided yet another signal of consumers' growing confidence – and indeed excitement – around electric mobility. However, there are still major barriers to overcome before our vision of a fully-electric future can be realized, amongst them the need to bring EV charging times in line with refuelling times for conventional combustion engine vehicles."

Gilmour continues: "StoreDot is on the cusp of solving that challenge with its ground-breaking five-minute charging technology, which promises to remove a significant roadblock to mainstream EV adoption – range and charging anxiety. The launch in January of engineering samples of its first-generation XFC batteries provided a major proof point for the technology, demonstrating that it is both commercially viable and scalable on conventional production lines. Add to that the company's highly-skilled team, state-of-the-art labs and its wide range of patented technology and it is clear that StoreDot is well positioned to have a significant impact on the future of electric mobility and the clean environment. As Chairman, my priority is to help StoreDot to achieve its mission to eliminate EV range and charging anxiety by aligning its strategy with the wider EV ecosystem."

StoreDot's revolutionary FlashBattery XFC technology redefines the chemistry of conventional lithium-ion batteries, taking EV charging times from hours to minutes, which is essential to eliminating range and charging anxiety associated with EV adoption today. This breakthrough is achieved by replacing graphite in the cell's anode with metalloid nano-particles to overcome major issues in safety, battery cycle life and swelling during the charging process.

In 2019, StoreDot, in partnership with bp, achieved a world first when it demonstrated the first full live charge of a two-wheeled EV in five minutes. In January 2021, it reached another major milestone when it launched engineering samples of its first-generation battery technology, proving, for the first time, the commercial viability of its XFC technology in a small form factor. It is now planning to release a cell prototype of its second-generation EV battery, which is based on a silicon-dominant anode, later this year.

StoreDot CEO Dr. Doron Myersdorf, comments: "2021 has already been a breakthrough year for StoreDot, with the launch of our engineering samples in January proving what we have been advocating for many years – that XFC is a commercially-viable and scalable technology. We are now focussed on achieving our next major milestones, including the launch later this year of a prototype of our second-generation, silicon-dominant anode batteries. David's experience of helping disruptive technology providers to scale their operations internationally and achieve mass-market penetration will prove invaluable as we move through these milestones towards full commercialization, working with EV OEMs and other stakeholders to ensure our strategy is fully aligned with the entire EV ecosystem."

Myersdorf continues: "We are also delighted to welcome Jon Salkeld to the StoreDot Board of Directors. Jon brings a decade's experience in transportation technology, having been the Technology Director for bp's Advanced Mobility Unit, and, prior to that, the Global Head of Automotive Product Development for Castrol. He has worked closely with StoreDot's team of scientists throughout bp's investment and facilitated the successful EV charging demonstration in 2019."

StoreDot is a pioneer of extreme fast charging (XFC) batteries that overcome the critical barrier to mainstream EV adoption – range and charging anxiety. The company has revolutionized the conventional Li-ion battery by designing and synthesizing proprietary organic and inorganic compounds, making it possible to fully charge an EV in just five minutes – the same time it takes to refuel a conventional combustion engine vehicle. StoreDot's battery technology is optimized for best driver experience with XFC in Li-ion batteries, as well as future generations designed for extreme energy density (XED).

StoreDot's strategic investors include bp, Daimler, Samsung Ventures and TDK. In 2019, the company achieved a world first by demonstrating the live full charge of a two-wheeled EV in just five minutes. Moving XFC battery technology from the lab to a commercially viable product for the first time, StoreDot has launched engineering samples of its first-generation batteries that are designed to be manufactured at scale on traditional Li-lion production lines.