PLYMOUTH, Minn., June 24, 2019 /PRNewswire/ -- Physicians from 11 hospitals across the United States performed minimally invasive laser ablation on 234 epilepsy patients and found that the majority were seizure-free, according to a recently published study. 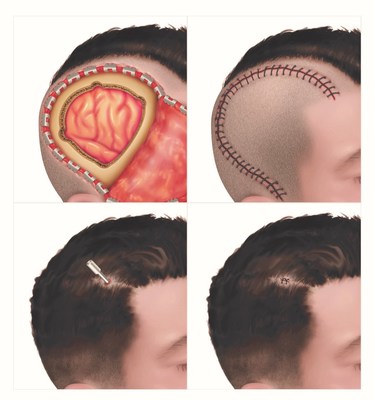 The study, published in Epilepsia, is the largest cohort to date of the laser procedure. The patients ranged in age from 7 to 82, and retrospective review demonstrated the persistence of the outcomes: 58 percent of patients were classified as Engel 1 on the Epilepsy Surgery Outcome Scale, meaning they are free of disabling seizures, at both one and two years post-procedure. Eighty percent of patients were classified as Engel 1 or 2, meaning they were seizure-free or almost seizure-free at two years.

"Surgery offers a clear benefit to patients whose epilepsy is not controlled by medication but continues to be underutilized. This study adds to the clinical evidence that demonstrates the benefit from this minimally invasive approach, which may be more attractive to patients than a standard craniotomy and surgical resection," said Dr. Joseph Neimat, chairman of the Department of Neurological Surgery at the University of Louisville School of Medicine, and an investigator on the study. "Epilepsy can compromise the quality of life for many people, and my experience working with these patients is that achieving seizure freedom, or even near-freedom, can be absolutely life-changing."

Nearly one million people in the United States are estimated to suffer from epileptic seizures that are not controlled by anti-epileptic drugs. "It has long been medical practice that surgery should be assessed for this patient population," said Dr. Neimat, "but the invasive nature of the traditional, open surgical procedure has prevented many patients from moving forward with this surgical option."

Patients with epilepsy have a mortality rate that is three times higher than the general population, and may experience significant side effects from medication. "People who fail two or three medications may be candidates for epilepsy surgery, and yet only one or two percent are being considered. Patients with drug resistant epilepsy benefit from surgery while also reducing their risk of sudden unexpected death in epilepsy (SUDEP)," said Dr. Patrick Landazuri, an epileptologist at The University of Kansas Health System's Level 4 Epilepsy Center and an associate professor with the Department of Neurology at the University of Kansas Medical Center. "Minimally invasive surgical techniques can expand patients' choices as they consider what treatments they would prefer for their drug resistant epilepsy."

The study is also the first to assess impact of the surgical technique of laser ablation on outcomes in these patients, using a unique imaging approach. "We hope that the model we developed can help advise surgeons in their surgical planning and approach, thereby improving results for these patients even further," said Pierre-François D'Haese, research assistant professor of electrical engineering at Vanderbilt University. D'Haese is also the chief executive officer of Neurotargeting, LLC, which led the development of CranialCloud. CranialCloud is a unique HIPAA-compliant, social-network-like platform that allowed each of the members of this study to share clinical data in a virtual, de-identified environment to conduct the study.

"Monteris congratulates the authors on the publication of this study. This work is a landmark in the fast-growing body of evidence demonstrating the effectiveness of laser ablation tools in epilepsy surgery," said Martin J. Emerson, president and chief executive officer of Monteris Medical.

Monteris Medical is a privately held company that develops and markets innovative MRI-guided, laser-based systems for the ablation of brain lesions. Current investors include Versant Ventures, SightLine Partners, Birchview Capital and BDC Capital. The Monteris NeuroBlate System is the only minimally invasive system that enables a robotic interface for the precise and safe delivery of laser energy. The NeuroBlate System is a tool and is not intended to treat any specific disease. Physicians should use their clinical judgment and experience when deciding whether to use NeuroBlate.