Throughout July and August, water-loving dogs and their favorite people partners have been learning the ropes and perfecting their skills on the waves with help from the experts at SoCal Surf Dogs. This summer, more than 120 GromMUTTS signed up for the special lessons with 100% of the proceeds supporting Helen Woodward Animal Center's orphan pets and programs.

Helen Woodward's Surf Dog Surf-a-Thon was the first-of-its-kind, turning 'dogs on surfboards' into a platform to raise life-saving funds and reminding the world that "man's best friend" can do phenomenal things.

The live-streamed event featured more than 70 dogs competing in different weight classes for the coveted title of "Top Surf Dog 2018." The canine competitors rode into 10 minute heats with help from their human parents and "hang 20" before a panel of judges consisting of celebrities, surf pros and aficionados.

Each dog was judged on their ability to ride the waves, stay on the board and show off their surf spirit. First, second, and third place winners were awarded for each weight class and the first place winners moved on to the finals – Best-In-Surf.  But the fun on the water didn't end there. A unique freestyle surf contest awarded points for creativity! Tandem rides for dogs who can ride with their best friends and even their favorite human, eye-catching tricks and costumes were encouraged to wow the judges.

For the 13th year, surf dogs and their human parents were fundraising and catching waves with tail-wagging enthusiasm for a good cause. 100 percent of the proceeds from the annual Surf Dog Surf-a-Thon support the life-saving work at Helen Woodward Animal Center. Top fundraising pooches not only get to help orphan pets, additionally the top fundraiser was awarded a surf-photoshoot with their picture featured on the 2019 Surf Dog Surf-A-Thon billboard, seen by thousands throughout San Diego.

Watch the broadcast on https://www.youtube.com/c/helenwoodwardanimalcenter/live. 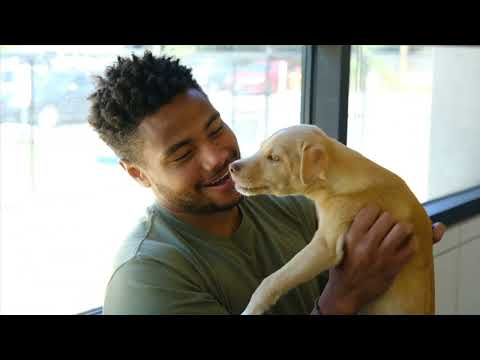