LAS VEGAS, July 31, 2018 /PRNewswire/ -- With the use of banking and other financial apps on the rise, Credit One Bank conducted a survey this past July to learn more about the usage of its mobile app. Over 1,400 card members responded to a variety of app-related questions, including what they like most about the Bank's app. The convenience it provides was the #1 response—selected by 57% of respondents—outranking the fact that it's a free download, which came in a distant second, by a factor of over 3.5.

"Our mobile app was designed to first and foremost be convenient and user-friendly," said Credit One Bank Vice President of Marketing Communications Laura Faulkner.  "It's nice to see we're hitting the mark with the majority of users."

Credit One Bank's survey also revealed that the #1 activity for which its mobile app is used is checking one's account balance, which over 40% of app users say they do at least once a week. Making a payment via the app came in a close second.

When it comes to where users access the app, the data indicates that the "mobile" aspect may be secondary to the app's functionality. Nearly 60% of respondents say they primarily access it from home, with using it while running errands or while at work coming in second and third respectively, both right around 14%. Just under half of all respondents (48%) estimate that using the app saves them up to 15 minutes per week.

While a credit card mobile app may not be the most "warm and fuzzy" product, the survey did attempt to measure users' emotional responses to the app. When asked to choose from a list of emotions and feelings that they associate with the Bank's mobile app, "satisfaction" and "in control" were the two most popular selections, coming in at 49% and 43% respectively.

Negative emotions and feelings, such as "anxiety" or "fear," ranked low, with less than 1% choosing the latter. In fact, when asked to complete the statement "The Credit One Bank Mobile App…," 54% of respondents selected the answer: "…provides me with peace of mind, knowing I have instant access to my account."

Most Are Comfortable with Security Levels

When asked to rank, on a scale of 1 to 5, how secure they feel their personal information is when using the Credit One Bank mobile app, the #1 response, at over 43%, was a 5. Fewer than 6% of respondents selected a security level below a 3, suggesting that consumer concerns with the general security of banking and financial apps may be waning. This high confidence in the app's security appears to at least partially explain the low levels of fear Credit One Bank mobile app users express about using it.

Only Social Media & Other Financial Apps Outrank It

Respondents ranked the Credit One Bank mobile app as their third most frequently used app, ahead of weather, ride-sharing, and other apps but behind other financial apps and social media apps, such as Twitter. Just over 30% of respondents say they use the app several times a month, with 27% claiming to use it every few days.

Overall satisfaction—again rated on a scale of 1 to 5—is high, with over half of respondents giving the app a 5, and 48% expressing that they'd be very likely to recommend Credit One Bank's mobile app to another card member. Supporting this level of satisfaction is the fact that users rate the app 4.6 out of 5 stars on Google Play and 4.7 out of 5 on Apple's App Store. The app can be downloaded for free at both of these sites.

About Credit One Bank

Credit One Bank, N.A. is a technology and data-driven financial services company offering a full range of consumer credit card products. In addition to being one of the largest credit card banks in the United States, Credit One Bank is the exclusive issuer of the Official Credit Card of NASCAR and the Official Credit Card of the NHL's Vegas Golden Knights. For more information, please visit CreditOneBank.com. 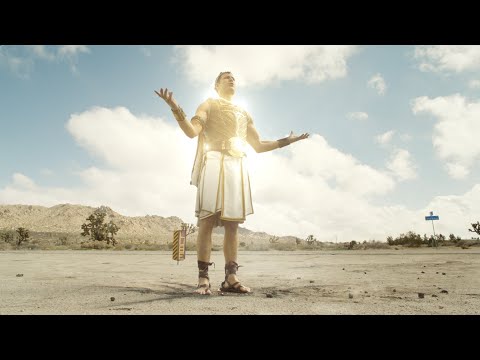