NEW YORK, Dec. 15, 2020 /PRNewswire/ -- 2020 has been a challenging and difficult year, and the record-breaking and record-setting Atlantic hurricane season certainly didn't help matters.  Two weeks before the official start of hurricane season on June 1, Tropical Storm Arthur formed off the coast of Florida and it was off to the races. 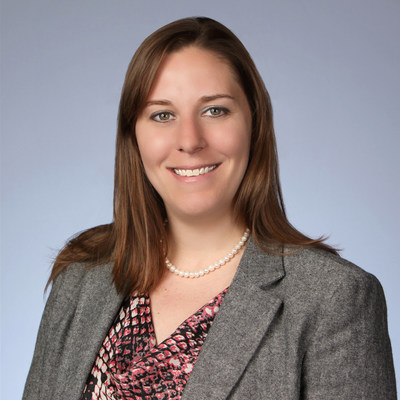 By the time the season ended on November 30, an impressive thirty named storms – the most in a single season – formed.  For the second time in recent history besides 2005, the list of pre-defined Atlantic hurricane names was exhausted, and the Greek alphabet was used to extend the list of names.  Twelve named storms – six at hurricane intensity – made landfall in the United States, the most in a single season.  Almost the entire U.S. coastline that is exposed to tropical storms and hurricanes was under a watch or a warning at some point during the season.  The month of November saw two major hurricanes slam Central America, including Hurricane Iota, the only Atlantic hurricane to ever attain category 5 intensity after November 15.

But perhaps the defining feature of the 2020 Atlantic hurricane season was the number of hurricanes that underwent rapid intensification and continued to intensify up until landfall.  Rapid intensification occurs when a hurricane's maximum sustained winds increase by 35 mph or more in a 24-hour period.

This season saw ten such hurricanes, many intensifying as they neared the coastline.  Hurricane Hanna was the first, quickly organizing and gathering strength until its landfall on South Padre Island in Texas.  Previously mentioned Hurricane Iota was the last, with its maximum sustained winds increasing by 80 mph in a 24-hour period.  Hurricane Eta, the other November hurricane to strike Central America, underwent intensification at the same rate.  Hurricane Laura, the strongest hurricane to make landfall in the state of Louisiana since 1856, went from a disorganized category 1 hurricane to a monster category 4 hurricane with maximum sustained winds of 150 mph in a day.

The rapid intensification of this year's hurricanes, coupled with their tendency to do so near land, meant that preparations for the impending storms were even more challenging than usual.  Individuals, businesses and governments had to adjust their expectations of the storm's impact in a very short timeframe, and the expectation adjustment necessitated preparing for a more severe storm.

Is the 2020 Atlantic hurricane season with its numerous named storms, multiple landfalls and frequent rapid intensification a harbinger of things to come in a warmer world?  It's too early to say, as one season a trend does not make, although it is difficult to imagine such a season being possible without all the extra heat in the oceans.

Regardless of what the 2020 Atlantic hurricane season means in context of climate change, it was a reminder of the significant financial impacts of hurricanes have on communities, and how vulnerable the U.S. coastline is to hurricanes.

In October, Hurricane Delta roared ashore Louisiana just 10 miles from where Hurricane Laura made landfall, knocking out power and slowing the recovery process in an already fragile and storm-weary area.  Hurricane Isaias disrupted the utility infrastructure for days in the Northeast, leaving homes and businesses without power and air conditioning in the sweltering August heat.  Hurricane Sally – making landfall near Gulf Shores, Alabama, exactly 16 years after Hurricane Ivan – caused significant wind damage in the area, including to structures that were rebuilt or renovated post-Ivan.

According to the Swiss Re Institute, natural catastrophe losses in the first half of 2020 were higher than in the same period in 2019 and the global natural catastrophe protection gap has been widening, with 76% of exposures unprotected. Understanding the multitude of ways that hurricanes can impact the bottom lines of businesses and governments, simple coverage terms and quick payouts from insurers can hasten and improve recovery efforts.  For this reason, we have developed STORM™, our parametric hurricane insurance product that utilizes your location(s) and the wind speed experienced specifically at your location(s).  STORM™ considers the impact of the hurricane where it hits the most – where you have physical assets or financial interests.

For more information, please visit www.corporatesolutions.swissre.com/storm, and contact one of our experts today.