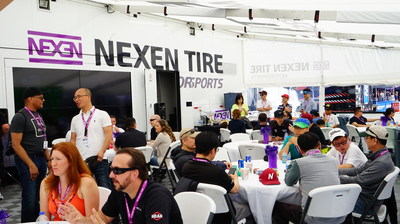 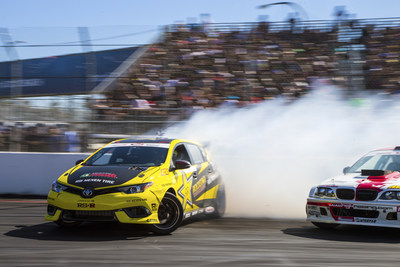 Asabo and Gushi will race on N'FERA SUR4G, Nexen Tire's ultra-high performance street and racing tire, with superior performance in high-speed driving stability and cornering, grip, and anti-abrasion. Available in 20 different sizes, the quality and performance of N'FERA SUR4G have been proven throughout numerous international design competitions.

"As a proud Official Major Partner, we are excited to see the launch of a new season of Formula DRIFT, which will provide us the opportunity to demonstrate the superiority of our performance-driven technology," said Nexen Tire. "Last year's phenomenal achievements of our sponsored drivers have already proven the quality and performance of N'FERA SUR4G. We anticipate that this year's results will serve to reinforce such status."

The new season of Formula DRIFT has already kicked off with its first round of race on Long Beach, California, on March 31 - April 1, and will continue until October 2017. Nexen Tire advertisements will be placed prominently on track signage and the Formula DRIFT Live Stream, along with commercials on both the Formula DRIFT website and all Formula DRIFT broadcasts on CBS Sports, reaching approximately 10 million households across the United States.

Nexen Tire will also provide various events and activities for customers and partners by operating promotion trailers and booths, contributing to another level of unforgettable Formula Drift experience to its valued parties.

Recently, Nexen Tire has been strengthening its global presence with a focus on various sports marketing activities. The company has signed multi-year renewal of it strategic partnership with Manchester City Football Club in March 2017. In addition, the company is currently supporting four segments in the Winter Sports as well as operating numerous online social media channels.

Nexen Tire, established in 1942, is a global tire manufacturer headquartered in Yangsan, South Gyeongsang Province, and in Seoul, South Korea. Nexen Tire, one of the world's fastest growing tire manufacturers, works with 491 dealers based in 141 countries around the world (as of July 2015) and owns three manufacturing plants -- two in Korea (Yangsan and Changnyeong) and one in Qingdao, China. Another plant in Zatec, Czech Republic will be operational by 2018. Nexen Tire produces tires for passenger cars, SUVs, and light trucks with advanced technology and excellence in design. The company also focuses on producing UHP tires, which are based on advanced technologies. Nexen Tire supplies OE tires to global car makers in various countries around the world. In 2014, the company achieved a grand slam of the world's top 4 design awards for the first time amongst the various tire makers in the world. For more information, please visit http://www.nexentire.com.