YANTAI, China, Sept. 24, 2021 /PRNewswire/ -- On the evening of September 22, the 2021 Shandong Conference on Tourism Development kicked off in Binhai Square, Yantai. The theme of the conference is Welcome to Our Coastal Wonderland - Enjoy the Hospitality of Shandong, and the aim is to promote robust economic and social development by supporting cultural tourism, according to the People's Government of Yantai. 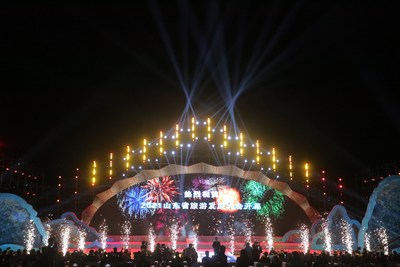 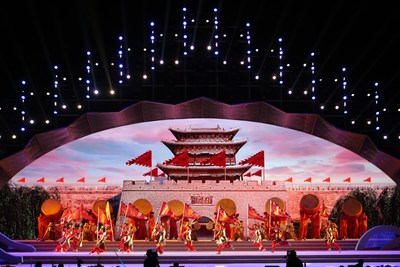 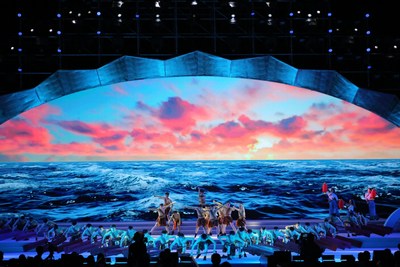 This conference will be a unique, high-profile tourism expo, and to that end, has actively sought out wide public participation. It is characterized by a sense of openness and sharing, and will take opportunities to demonstrate achievements, exchange experiences, and showcase innovation and development. Publicity and promotion campaigns have been extensive. The conference arrangements include four major activities, namely the opening ceremony, a major cultural tourism show: A Heartfelt Pledge of Love for Yantai, a working session, and a project observation. Additionally, there will be four additional activities - a display of cultural tourism achievements of 16 cities in Shandong Province, a Yantai cultural tourism experience - The Pleasure of Traveling in Wonderland, the 2021 International Coastal Tourism Development Forum, and the Grand Yantai Carnival. In hosting this conference, Yantai brings to the table new cultural tourism products, promotes spending by travelers on those products, demonstrates the new image of the city and establishes a new development mechanism.

Yantai is located at the foot of a mountain and prospers by virtue of its proximity to the sea. The legend of 'Eight Immortals crossing the sea, each one showing his own prowess' well known in this area. Attractions include the remains of Emperor Qin Shihuang 'visiting Zhifu and enjoying the raging sea' and of Emperor Wu of the Han Dynasty 'building a palace just south of Penglai Mountain'. Many long-cherished wishes reside in this city, such as Qiu Chuji's 'one word to stop killing and to save people's lives', Qi Jiguang's 'it is not my intention to seek dukedom, I hope the sea will be flat!' and Bing Xin's 'holy hometown'. Here, legends and inheritance have been splendidly performed, relics and allusions complement each other, mountains and seas annotate the past, and the fairyland reveals the future. It was honored with the United Nations World Habitat Award, and it is a national historical and cultural city, an outstanding tourist city in China, and, as it happens, the only international grape and wine city in Asia.

Link: http://asianetnews.net/view-attachment?attach-id=401816 Caption: Snippet from the opening ceremony of the Shandong Conference on Tourism Development

SOURCE The People's Government of Yantai

The 2021 Shandong Conference on Tourism Development comes to a...

The 2021 Shandong Conference on Tourism Development to be held in ...