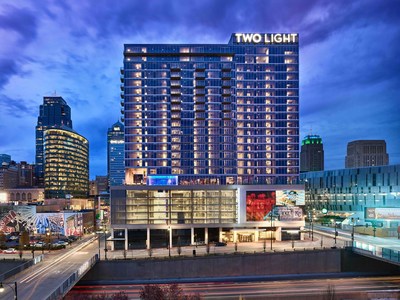 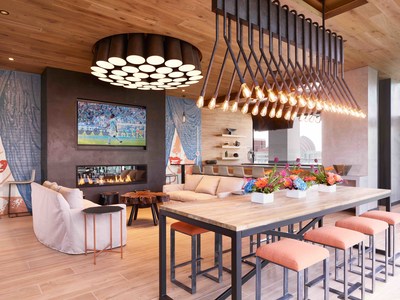 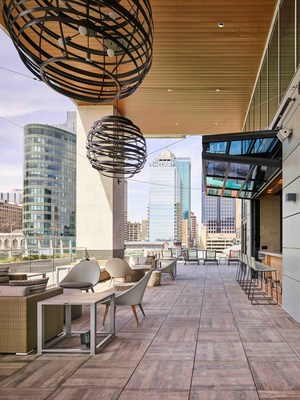 Since the opening of the nine city block Power & Light District, which is celebrating its 10th anniversary this year, downtown Kansas City has garnered national attention for its urban renaissance. The transformation has included more than $10 billion in public and private development over the last ten years, with more than 5,000 new apartment units and 1,900 hotel keys in development, as well as a newly opened KC Streetcar line. The Power & Light District, developed by The Cordish Companies, is the most visited destination in the state of Missouri welcoming over 9 million visitors per year.

"On behalf of my family and our entire team at The Cordish Companies, we are excited to celebrate the grand opening of Two Light Luxury Apartments and honored to continue to play a role in the forward momentum of downtown Kansas City," stated Blake Cordish, Vice President of The Cordish Companies. "Like its sister property, One Light, Two Light was designed to rival the quality and amenities of any residential community in the country. We are extremely proud of what we have delivered with Two Light and know that it will be a vibrant addition to the Power & Light District and the Kansas City skyline for decades to come."

Additionally, Two Light boasts over 16,000 square feet of indoor and outdoor amenity space that rivals that of any luxury apartment or condo building anywhere in the United States including:

Enhancing the Resident Experience Through Art

A celebration of the past, present and future of Kansas City, an extensive collection of artwork at Two Light features locally-inspired murals, photography, quotations, portraits and sculptures throughout the lobby, amenity level, residential floors, as well as prominently on the exterior of the building.

Memorable pieces within the amenity space include:

Curated by nationally renowned interior designer Rebecca Jones, with the support of art consultant Brenda Wood and environmental graphics designer John Lutz, additional pieces of the collection featured inside the building include:

The first major piece, completed by Kansas City-based muralist Alexander Austin on the north side of the building, celebrates the history of the Negro Leagues and includes Buck O'Neal, Satchel Paige and Jackie Robinson among others.

More recently, a mural celebrating great Kansas City sports moments was unveiled on the south side of the building. Several iconic athletes and moments are featured on the mural such as Kansas City Chiefs' great Len Dawson, Sporting Kansas City Club's Matt Besler; Kansas City Royals' World Series Ring and Union Station Celebration in 2015; and Mario Chalmers "Shot Heard Round the World" from the University of Kansas' NCAA Championship win against Memphis in 2008.

The Cordish Companies recently announced a new collaborative workspace and amenity for Two Light residents and downtown Kansas City – Spark KC. Located within Two Light, Spark KC will offer an exciting opportunity for co-living – a first for the Kansas City startup ecosystem and an innovative approach to downtown residential living, allowing members to live and collaborate within the same building.

Spark launched its initial venue in the heart of Baltimore's Inner Harbor in 2016, welcoming 184 companies in its first two years of operations. Representing a diverse community of entrepreneurial industries, Spark Baltimore has been lauded by City and State officials as being an important asset to Baltimore's Central Business District, and an entrepreneurial hub for the City of Baltimore and the State of Maryland.

About The Kansas City Power & Light DistrictThe Kansas City Power & Light District is a vibrant nine-block neighborhood in the heart of downtown Kansas City that is redefining the City from its skyline to its sidewalks. The District links together the renovated Bartle Hall Convention Center, the new Sprint Center, offices, hotels, entertainment, cultural destinations and residential developments.  The combination of entertainment, shopping, nightlife and residential with the District's imaginative and innovative design, has created an intriguing 24/7 neighborhood. For more information, visit www.powerandlightdistrict.com or www.facebook.com/KCPowerLightDistrict.

The Texas Rangers, The Cordish Companies and City of Arlington...

City of Petersburg, VA Selects The Cordish Companies as...