Combining esports and real-life drone races to create a new era of sports, the virtual portion of the DRL season will feature the RIG Commander PRO headset on its 10th anniversary as the go-to audio solution for professional gaming leagues. For the next five weeks, DRL Pilots will compete in RIG Commander PRO, the headset that established the "look of esports" with its stadium class audio performance. Pilots will race through intense, digital drone races on the DRL SIM, the ultimate FPV (First Person View) drone flight simulators. Battling it out through spectacular SIM maps, pilots will aim for the fastest finishes and collect equally-weighted points to physical DRL drone races, marking the first time an athlete must dominate both esports and real-life competition to be crowned the World Champion.

"DRL pilots are at the pinnacle of our sport and require best in class equipment for our competitions. Flying in professional esports headsets from Nacon will keep our elite drone pilots connected during the esports portion of our season," said Ari Mark, DRL SVP, Head of Partnership Development.

Throughout the 2021-22 Season, branded commercial spots, streaming promotions, and unboxing features will showcase how fans can gear up and get good with RIG and Nacon. The league will also release a new digital video series called "Sounds of DRL", showcasing the best audio from DRL SIM racing moments and victories.

"It's fitting on the 10th anniversary of launching as the first stadium class audio solution for esport, the RIG Commander PRO will be used in the DRL, the next evolution of esports, combining live event competition with SIM virtual racing," said Gregory Morquin, Nacon Global Business Director.

RIG has been a market leader in the gaming headset industry for nearly a decade, developing ultra lightweight, comfortable gear that delivers superior audio for competitive gamers. Acquired by Nacon in 2020, RIG now compliments Nacon's premium range of gaming accessories that include pro gaming controllers and fight sticks. Players looking to fly like the DRL pros can connect their RIG headsets and Nacon controllers to the DRL SIM game, which is the fastest and easiest way for aspiring pilots to level up their drone skills on PlayStation, Xbox, Steam and Epic Games. The best drone pilots in the world train on the DRL SIM and even get drafted into DRL through the SIM.

Fans can tune-in to the 2021-22 DRL World Championship Season on Wednesday nights at 8pm EST on NBCSN and Twitter. The esports portion of the season will air live weekly on November 17th through December 15th. See the full DRL race schedule here.

ABOUT Drone Racing LeagueThe Drone Racing League (DRL) is the world's premier, professional drone racing property. The best drone pilots in the world fly in the league and millions of fans watch them race on NBC and Twitter. With groundbreaking technology and immersive, high-speed races through virtual and live events, DRL is creating a new era of sports, combining both esports and real-life competition.

ABOUT NACONNACON is a company of the BIGBEN Group founded in 2019 to optimize its know-how through strong synergies in the video game market. By bringing together its 12 development studios, the publishing of AA video games, the design and distribution of premium gaming devices, NACON focuses 20 years of expertise at the service of players. This new unified business unit strengthens NACON's position in the market and enables it to innovate by creating new unique competitive advantages. 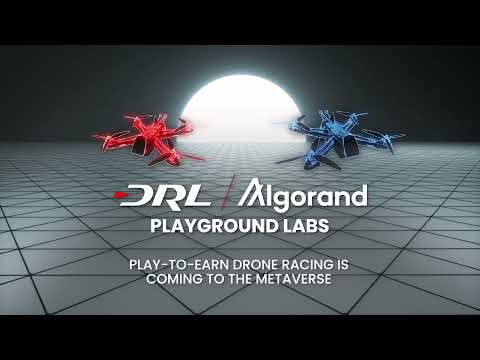 The Drone Racing League and Hivemind's Playground Labs Partner to ...

Weezer to Headline Free Concert at the Drone Racing League's...