NEW YORK, Nov. 15, 2017 /PRNewswire/ -- The Drone Racing League (DRL), the global leader in professional and high-speed drone racing, today launched the DRL Simulator, the world's most realistic drone flight and racing simulator, and introduced the 2018 Swatch DRL Tryouts to find the next great drone pilot. Aspiring pilots who want to compete in the 2018 DRL Allianz World Championship Season, with a $75,000 professional contract, can download the Simulator and enter the Tryouts today. The competition will conclude on January 15, followed by a live eSport tournament to be streamed globally.

"We're incredibly excited to partner with Swatch and announce the 2018 Swatch DRL Tryouts, aimed to find the next great drone pilot through a global eSport tournament," said DRL CEO and Founder, Nicholas Horbaczewski. "We encourage drone fans around the world to download the DRL Simulator, which blends the virtual and real worlds of professional drone racing, and to enter the 2018 Swatch DRL Tryouts for a chance to fly the world's most insane race courses."

"Following our first committed partnership to professional drone racing during this year's DRL world championship, we are pleased now to be the main partner of Swatch DRL Tryouts," said Nick Hayek, CEO, Swatch Group. "This new and unique e-Sport offers a progressive and dynamic environment, blurring the line between the physical and the digital and giving everybody a democratic chance to participate."

Starting today through January 15, 2018, Sim competitors can master their drone and FPV (first person view) skills and go head to head with the world's best pilots for a chance to compete live in the 2018 Swatch DRL Tryouts. Online players will race Levels 1-5 of the DRL 2017 season on the Simulator, featuring real maps of the racecourses from Miami Nights, Atlanta Aftermath, Mardi Gras World, Boston Foundry, and the Munich Playoffs. The top 24 players with the lowest cumulative time from all five levels will earn a spot in the live eSports-style tournament on February 3, 2018.

Last year, Jacob "Jawz" Schneider was crowned the tournament winner, earning a $75,000 professional contract and a spot in the 2017 DRL Allianz World Championship. An Indiana native who went from gamer to pro drone pilot overnight, Jawz successfully raced all the way to the 2017 DRL World Championship in London where he placed 7th overall. The Simulator includes replicas of all the 2016 and 2017 DRL Season courses as seen on ESPN, Sky Sports, ProSieben and other top sports broadcast programs across the globe.

Players can learn how to fly a racing drone, compete against five other players at a time, and select digitized versions of zooming DRL drone models including the:

Fans can download the DRL Simulator on Steam here for $19.99, and then enter the 2018 Swatch DRL Tryouts.

ABOUT DRLDRL is the premier drone racing circuit for elite FPV pilots around the world. A technology, sports and media company, DRL combines world-class media and proprietary technology to create thrilling drone racing content with mass appeal. In 2018 DRL is hosting a global series of seven races, the Allianz World Championship, to be broadcast on ESPN, Sky Sports, ProSiebenSat.1 Media SE, Disney XD, OSN, FOX Sports Asia and other leading broadcast channels around the world. Founded by Nicholas Horbaczewski in 2015, DRL is a privately held company headquartered in NYC. For more information on DRL, visit www.drl.io. To join the conversation, follow DRL on Facebook at facebook.com/thedroneracingleague, on Twitter @DroneRaceLeague, and on Instagram @thedroneracingleague.

ABOUT SWATCH:Launched in 1983 by Nicolas G. Hayek, Swatch is a leading Swiss watchmaker and one of the world's most popular brands. The first Swatch watches surprised everyone with their revolutionary concept, creative design and provocative spirit. The brand philosophy is based on color, movement, lightness and transparency, which can be seen in every Swatch product and project. Today, Swatch continues to innovate and surprise with new models, collections and special editions. The brand maintains a strong presence in the world of sports with its commitment to snowboarding, freeskiing, surfing, beach volleyball and mountain bike slopestyle. 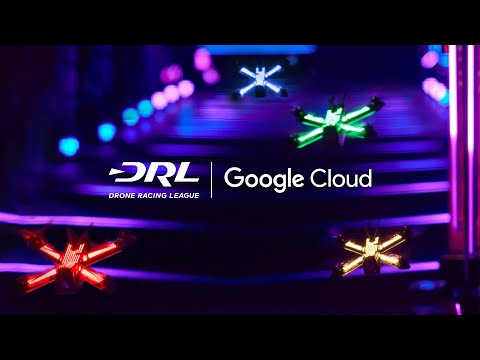