REDWOOD CITY, Calif., Feb. 15, 2019 /PRNewswire/ -- In honor of both Black History Month and President's Day, Course Hero has released new study guides with a focus on famous speeches including the "I Have a Dream" speech from Martin Luther King Jr. and President Abraham Lincoln's second Inaugural address. Despite the 100 years that separate the speeches, Course Hero's study guides help students appreciate both works as not only memorable orations, but also masterpieces of the written word.

Course Hero's analyses bring these milestone speeches to life and put them into historical, literary and rhetorical context. King's speech is a blueprint for persuasive argument, using vivid imagery to engage the hundreds of thousands of people who assembled on the Mall in Washington DC in 1963 and the millions more who saw his speech on television or read it in the newspapers. By evoking real-world examples and altering his cadence throughout the speech, Dr. King motivated not only activists in the civil rights movement but also millions on the sidelines to support the landmark Civil Rights Act, proposed legislation that was enacted into law the following year.

Nearly one hundred years later, King's soaring oratory and appeals to visions of equality and integration can perhaps be seen as the conclusion to Lincoln's second inaugural address, which promised "malice toward none" and "charity for all" in reconstructing the Union after it was torn apart by four years of bitter civil war that ended in the abolition of slavery but did not ultimately usher in the political, economic and social equality for all Americans.

Course Hero is an online learning platform where members can access over 25 million course-specific study resources contributed by a community of students and educators. The addition of study guides for these landmark speeches and scores of other historical documents help students connect deeply to the material and understand them not only as historical artifacts but also how they connect to contemporary America and the world.

Other guides cover liberty and America's global pursuits, including a letter from the opposition at the time of the Philippines-American War and President Roosevelt's "Day of Infamy" speech following the attack on Pearl Harbor.

"At Course Hero, our mission is to help students graduate confident and prepared," said Andrew Grauer, cofounder and CEO of Course Hero. "Our Literature and Primary Source Study Guides provide an effective way for students to gain a deeper understanding of the work and to comprehend the importance of these speeches and influential texts. We hope these study guides help spark important conversations within classrooms around the country."

The Course Hero Literature and Primary Source Study Guides are available for students and educators to browse, download, and share with classmates, friends, and colleagues. They feature detailed summaries that analyze key events, themes, and symbols, as well as insights on the meaning of key quotations, plot devices, and historical context.

These newly released guides are: I Have a Dream Speech Lincoln's Second Inaugural Address Civil Rights Act of 1964 Day of Infamy Speech Emilio Aguinaldo's Letter to the American People Eisenhower's Farewell Address Give Me Liberty, or Give Me Death Speech We Chose to Go to the Moon Speech On the Equality of Sexes

These titles join Course Hero's growing library, which now includes over 729 in-depth Literature and Primary Source Study Guides covering a wide range of literature, from classic novels to primary source documents and more, as well as a growing video collection.

About Course HeroCourse Hero is an online learning platform where members can access over 25 million course-specific study resources contributed by a community of students and educators. The platform includes Practice Problems, study guides, videos, class notes, and step-by-step explanations to help with every college class—from economics to literature, biology to history, accounting to psychology, and everything in between. Course Hero has been recognized as one of the 2018 Technology Fast 500 by Deloitte and named a 2018 Best Place to Work in the Bay Area by the San Francisco Business Times and Silicon Valley Business Journal. 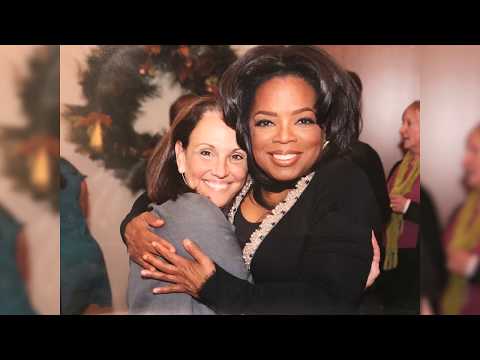 "The Fierce Urgency of Now": Course Hero shows how metaphor, symbolism, and an oscillating structure come alive in King's "I Have a Dream" speech