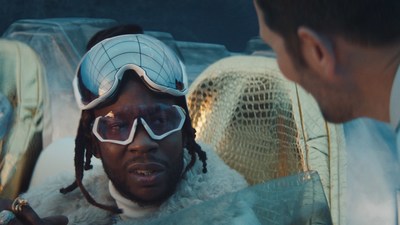 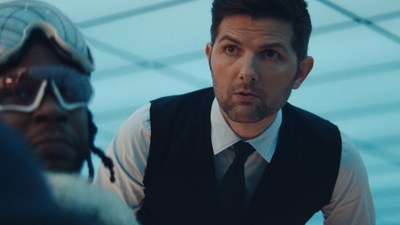 "Over the past ten years, Expensify has spread like wildfire with zero advertising, growing solely through word-of-mouth," said David Barrett, Founder and CEO of Expensify. "It's all led up to this - our first-ever national TV spot running during the most-highly anticipated and most-watched moment of the year: the Super Bowl. What's even more epic is that this is the first commercial you can actually expense, and fans will have the chance to win more than $200,000 during our ad on game day. Who else can say that? It's the coolest product demo we could ever ask for."

The Super Bowl campaign featuring 2 Chainz and Adam Scott was developed with Emmy award-winning creative collective JohnXHannes New York and directed by DGA award winner Andreas Nilsson of Biscuit Filmworks. In the commercial during the game, viewers will see a receipt for 2 Chainz' ride - a decked-out ice car. Simply downloading the Expensify app and snapping a photo of the receipt will enter them to win the cash value of the car.

Expensify's Super Bowl ad is one part of the brand's new marketing campaign, "You Weren't Born To Do Expenses," which kicked off last week with "Expensify This", an interactive music video featuring 2 Chainz and Adam Scott that has already received over 1 million views. From now until February 4, fans will have the opportunity to get actual cash or win the items in the video by downloading the Expensify app, snapping photos of the various receipts, and submitting them for a chance to win prizes including an Audi R8, a gold jet ski, a diamond-encrusted football, a 2 Chainz bust, and more.

"In just two days, our four-minute music video has racked up over a million views and hundreds of thousands of visits to Expensifythis.com," added Barrett. "Our app downloads have gone through the roof, and we know this is just the start."

"So much creativity and collaboration went into making this video," said 2 Chainz. "It was really over the top and a lot of fun. I'm excited to be in the Expensify Super Bowl campaign and can't wait for everyone to see the spot."

"I've always wanted to be in a hip hop video and a Super Bowl commercial, so mission accomplished," said Adam Scott. "Thanks 2 Chainz and Expensify for making it happen."

ABOUT EXPENSIFYFounded in 2008, Expensify has quickly become the innovation leader in automated receipt and expense management with an easy-to-use mobile and web app. With entirely automated expense reporting processes and features such as patented SmartScan technology, company card management, and integrations with all major accounting software. Expensify has quickly grown to serve over 60,000 businesses globally. For more information, visit use.expensify.com.

ABOUT JOHNXHANNES NEW YORKJohnXHannes New York is an Emmy award-winning creative collective that develops and produces insightful and impactful creative at the junction of culture, storytelling, and technology. Recently, the agency's feature film "Corazon" premiered at the Tribeca Film Festival and won the Cannes Lions Grand Prix. JXH has worked with Beats By Dre, Squarespace, Nike, Under Armour, Expensify as well as cultural influencers 2 Chainz, Serena Williams, John Malkovich, Gisele Bundchen and Michael K. Williams. Their work has been featured in The New York Times, Time, Vanity Fair, Vogue, and on CNN, and "The Tonight Show Starring Jimmy Fallon." JXH has been awarded the highest industry accolades for both creativity and effectiveness, including an Emmy, multiple Webbies, the Cannes Grand Prix, D&AD Pencils, Gold Effies, and has been honored by the United Nations. For more information, please visit johnxhannes.com.