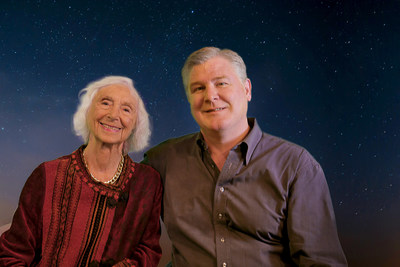 Founded by Peter Diamandis and Ray Kurzweil in 2008, SU is named for Kurzweil's theory of "technological singularity," which suggests nanotechnology and biotechnology (artificial intelligence, robotics and digital biology) will reshape the fabric of society, including human life, intelligence and the global economy.

One of the most thought-provoking discussions from the 108 speakers was "The Future of Entrepreneurship: Living in Exponential Creativity," which was presented by Mark Donohue, venture capitalist, teacher, author and founder and CEO of LifeGuides https://lifeguides.com and Barbara Marx Hubbard, a space program pioneer, social and scientific theorist and author of Conscious Evolution.

Donohue and Marx Hubbard presented how we are currently experiencing the greatest "tipping point" crisis in human history. We have the opportunity for creators, leaders, entrepreneurs and visionaries within the exponential technologies to support and build solutions to our biggest crises on the planet. This is a new era in which "evolutionary entrepreneurs" co-create and modify life solutions alongside naturally occurring development.

Donohue and Marx Hubbard posed a series of important questions to their audience that consisted of key leaders from companies like Google, Microsoft, General Electric, Goldman Sachs, Intel and Coca-Cola:

Mark Donohue's mission is to alleviate suffering for over 1 billion people within the next 15 years by utilizing modern technologies. Mark is the founder and CEO of LifeGuides https://lifeguides.com, a venture providing online, person-to-person support via phone or text for life challenges such as caring for a loved one with dementia, Alzheimer's disease, grief, loss and chronic illness. Within two years, LifeGuides has gained $2M in funding and is well on its way to securing series A financing. The company plans to grow to include services for over 30 different Life Challenges™. This will include expansion into corporate benefits.

Barbara Marx Hubbard is a leading futurist, social architect and voice for the potential of conscious evolution, which looks at the interplay between evolution and society's new powers to impact evolution itself. Along with Donohue, who co-edited her book Conscious Evolution, some of her closest collaborators and partners include: Jonas Salk, Abraham Maslow, Buckminster Fuller, Dr. Hazel Henderson and Dr. Thomas Paine (Administrator of NASA). She is a co-founder and board member of the World Future Society, launched Project Harvest Moon for NASA, developed a process for "social synergy" called SYNCON, nominated for Vice President of the United States, co-founded the Foundation for Conscious Evolution (FCE) and is the author of 10 books.

Today, the two visionaries have reunited to provide a new vision for leadership—evolutionary entrepreneurship. The topic of their discussion at the SU Global Summit and title of their latest book together, Living in Exponential Creativity: The Future of Entrepreneurship, combines recurring evolutionary principles with the insightful visions of many leading entrepreneurs.