MONTEGO BAY, Jamaica, Jan. 5, 2021 /PRNewswire/ -- Legendary Jamaican entrepreneur Gordon "Butch" Stewart, one of the hospitality industry's most vibrant personalities and founder of Sandals Resorts International, the world's leading all-inclusive resort company, has died at the age of 79.  An unstoppable force, who delighted in defying the odds by exceeding expectations, Stewart single-handedly built the world's most awarded vacation brand from one resort in Jamaica to over two dozen distinct resorts and villas throughout the Caribbean. 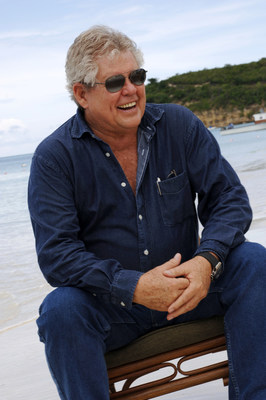 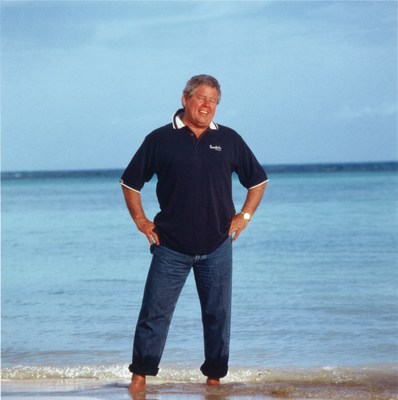 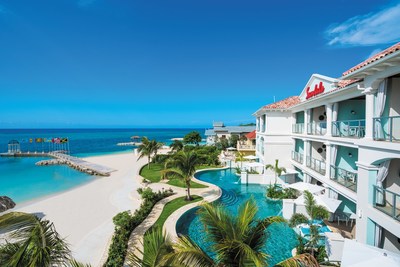 A son of Jamaica, Butch Stewart was born in Kingston on July 6, 1941 and grew up along the island country's North Coast, a tropical paradise that now boasts several of his Luxury Included® Sandals and Beaches Resorts and where his love of the sea, dominoes and free enterprise were sown.  Certain from the start that he wanted to run his own company, at the tender age of 12, Stewart first stepped into the hospitality industry selling fresh-caught fish to local hotels.  His success got him 'hooked' and his enthusiasm for entrepreneurship never waned.

After completing his secondary education abroad, Stewart returned home to Jamaica where he demonstrated his innate talent as master salesman at the renowned Dutch-owned Curaçao Trading Company, quickly rising to the position of sales manager but itching to start his own company.  In 1968, Stewart took his chance.  With no collateral but recognizing the comfort that would make air conditioning an essential service, Stewart convinced American manufacturer Fedders Corporation to allow him to represent their brand in Jamaica.  With that, Stewart's foundational business - Appliance Traders Limited (ATL), was born and he was on his way.

At ATL, Stewart developed a simple business philosophy he articulated many times: "Find out what people want, give it to them and in doing so - exceed their expectations."  This would become the standard for every Stewart enterprise and practiced by every employee of the many companies Stewart would go on to found, including and perhaps most importantly, Sandals Resorts International.

Stewart Founds Sandals Resorts In 1981, with a gift for recognizing opportunity, Stewart found one in Bay Roc: a rundown hotel on a magnificent beach in Montego Bay, Jamaica.  Seven months and $4 million in renovations later, Sandals Montego Bay would open as the flagship of what is today the most popular award-winning, all-inclusive resort chain in the world.

While Stewart never laid claim to inventing the all-inclusive concept, he is recognized worldwide for his tireless effort to elevate the experience, delivering to his guests an unsurpassed level of luxury, and to share his certainty that a Caribbean company could successfully compete with any organization in the world.  He accomplished both.

"I had heard of the concept, yet at the time, the services and rooms were very basic. Contrary to that, I envisioned we could bring forward a luxury resort to offer customers so much more. So, we perfected it. Only the most comfortable king size four poster beds, fine manicured gardens, cozy hammocks and the kind of warm, refined service the Caribbean has become known for. Just as important was to be located on the absolute best beach, because that's what everyone dreams of."

By steadfastly adhering to the "we can do it better" principle of pleasing his guests, Stewart fostered a company free to imagine and free to consistently raise the bar.  This ethos earned him the title of "King of All-Inclusives," changing the face of the all-inclusive format and establishing Sandals Resorts as the most successful brand in the category – boasting year-round occupancy levels of more than 85 percent, an unequaled returning guest factor of 40 percent and demand that has led to unprecedented expansion including the creation of additional concepts such as Beaches Resorts, now the industry standard for excellence in family beach vacations.

Butch Stewart loved Sandals.  At the time of his passing, he was hard at work on plans for the recently announced expansions to the Dutch island of Curaçao and St. Vincent.

Stewart As Statesman Stewart's leadership helped resurrect Jamaica's travel industry and earned him the respect of his peers and the admiration of his countrymen.  He was elected President of the Private Sector Organization of Jamaica in 1989 and was inducted into its "Hall of Fame" in 1995. He served as a Director of the Jamaica Tourist Board for a decade and as President of the Jamaica Hotel and Tourist Association in the mid-80s, ably balancing government and private sector priorities, reconciling the concerns of large and small Jamaican hotels, and raising public understanding of the tourism industry. In 1994, Stewart led a group of investors to take leadership of Air Jamaica, the Caribbean's largest regionally based carrier.  It was a daunting task - planes were dirty, service was indifferent and on-time schedules were rarely met, causing market share to plummet along with revenues.

When Stewart stepped in, he insisted on a passenger-friendly approach: on-time service, reduced waiting lines, increased training for all personnel, and signature free champagne on flights to accompany an emphasis on better food.  He also opened new routes in the Caribbean, brought on new Airbus jets and established a Montego Bay hub for flights coming from and returning to the United States. Just as with ATL and Sandals Resorts, Stewart's formula proved successful and in late 2004, Stewart gave the airline back to the government with an increase in revenue of over US$250 million.

It was not the first time Stewart would come to the aid of his country.  In 1992, he galvanized the admiration of Jamaicans  with the "Butch Stewart Initiative," pumping US$1 million a week into the official foreign exchange market at below prevailing rates to help halt the slide of the Jamaican dollar.  Dr Henry Lowe, at the time president and CEO of Blue Cross, wrote to Stewart saying: "I write to offer sincere congratulations to you for the tremendous initiative which has done so much, not only for the strengthening of our currency, but more so, for the new feeling of hope and positive outlook which is now being experienced by all of us as Jamaicans."

Less well-known may be the extent of Stewart's considerable philanthropy, where for more than 40 years he has helped improve and shape the lives of Caribbean people.  His work, formalized with the creation in 2009 of The Sandals Foundation, offers support ranging from the building of schools and paying of teachers to bringing healthcare to the doorsteps of those who cannot afford it. This in addition to his tireless support of a wide range of environmental initiatives. Beyond the work of the Foundation, Stewart has given millions to charitable causes such as celebrating the bravery of veterans and first responders and helping those in the wake of devastating hurricanes.

In 2012, Stewart founded the Sandals Corporate University, aimed at providing professional development for employees through reputable education and training programs. With access to more than 230 courses and external partnerships with 13 top-ranking local and international universities, every staff member can apply, broaden their knowledge, and advance their career.

Stewart's successes in business and in life have earned him more than 50 well-deserved local, regional, and international accolades and awards including Jamaica's highest national distinctions: The Order of Jamaica (O.J.), and Commander of the Order of Distinction (C.D.).  In 2017, Stewart was honored with the inaugural Lifetime Achievement Award at the annual Caribbean Hotel & Resort Investment Summit (CHRIS), hosted by the Burba Hotel Network, marking his significant contribution to the hospitality industry.  "The success of Sandals has helped to power the growth of the tourism industry and economies not only in Jamaica but throughout the Caribbean," said BHN president Jim Burba.  "The word 'icon' certainly applies to Butch Stewart."

It delighted Stewart whenever he was dining anywhere in the world and an excited staff member would share with him, "Thank you.  I got my start at Sandals."

Butch Stewart, The Man With his easy pace, infectious warmth and trademark striped shirt, Stewart exuded an approachability that belied the complexity of his character.  While he was an acute businessperson, who at the time of his death was responsible for a Jamaican-based empire that includes two dozen diverse companies collectively representing Jamaica's largest private sector group, the country's biggest foreign exchange earner and its largest non-government employer, he was an extremely private man whose deepest devotion was to his family.

His greatest test came in 1989 when his beloved 24-year-old son Jonathan was killed in a car accident in Miami.  Stewart recalled the incident in a 2008 interview, "For two months after he died, I was absolutely useless, and after that I was sort of running on remote control. Things were a blur. It's every parent's nightmare.  After a year or so, I started to see things in vivid detail. You have to get busy, be close with your family. It did a lot in terms of me getting closer. There's a lot more satisfaction."

Stewart was able to return to his relentless pace, and the consensus among those who knew him best is that he did it by leading by example. "If you are going to lead, you have to participate," Stewart was fond of saying.  He believed that if everyone in the organization recognized that the man in charge was working as hard as they were, they'd have an infinite amount of respect and motivation. "It's about instilling a spirit of teamwork, defining a purpose and then rolling up your sleeves to get the job done better than anybody else," Stewart said.

The company Butch Stewart built remains wholly owned by the Stewart family, who, in honor of Mr. Stewart's long-term succession plans, has named Adam Stewart Chairman of Sandals Resorts International, extending his formidable leadership of the brands he has shepherded since he was appointed CEO in 2007.

Speaking on behalf of his family, Adam Stewart said, "our father was a singular personality; an unstoppable force who delighted in defying the odds by exceeding expectations and whose passion for his family was matched only by the people and possibility of the Caribbean, for whom he was a fierce champion.  Nothing, except maybe a great fishing day, could come before family to my dad.  And while the world understood him to be a phenomenal businessman – which he was, his first and most important devotion was always to us.  We will miss him terribly forever."

A private funeral service will be held. Those wishing to share memories, condolences or personal stories may do so at [email protected], and a tribute video can be found on www.sandals.com.

Continuing the Gordon “Butch” Stewart Legacy of Love  The Sandals family has received an incredible outpouring of love and support, underscoring the tremendous mark Gordon “Butch” Stewart left in all corners of the world. Beyond his indelible impact on the tourism industry, Stewart was a true beacon of hope for the Caribbean, its communities and those who define it. With travel agents, customers and partners inquiring how they can honor Stewart’s legacy, Sandals Resorts has established two programs centered around some of the things he loved most: mentoring and the sea.

In the spirit of honoring Stewart’s passion for service to the people who call the Caribbean home, The Gordon ‘Butch’ Stewart Tourism & Hospitality Scholarship through the maverick’s esteemed Sandals Corporate University will carry on his legacy of furthering the development of today’s young professionals through reputable education and training programs. Additionally, to continue celebrating Stewart’s love for the beautiful Caribbean sea and passion for preserving it, donations can be made to Marine Conservation through the Sandals Foundation at www.sandalsfoundation.org.

100% of all funds donated will go directly to benefiting these programs. More details will be shared in the coming weeks.

Sandals Emerald Bay Reopens Its Doors And Welcomes Guests Back To ...