HOUSTON, Dec. 1, 2020 /PRNewswire/ -- The Howard Hughes Corporation® (NYSE: HHC) announced today the appointment of a new executive leadership team that will lead the continued growth of the company's acclaimed national portfolio of master planned communities (MPCs) and small cities. The company's Interim CEO, David R. O'Reilly, has been named Chief Executive Officer, and L. Jay Cross, the former President of Related Hudson Yards, has joined the company as its new President. Both appointments are effective immediately. 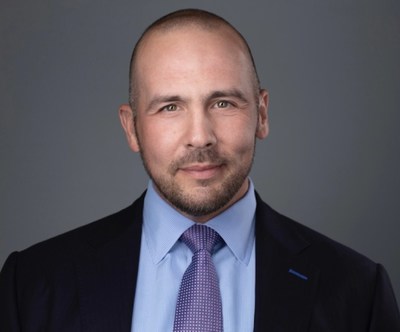 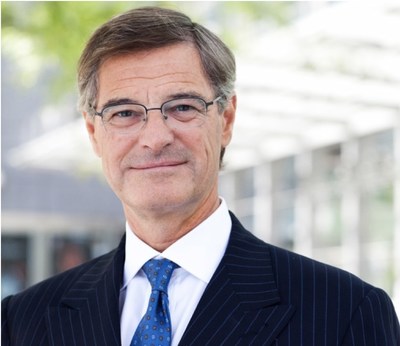 Mr. O'Reilly has most recently served as the company's Interim CEO; President and Chief Financial Officer. Promoted to President in June of this year, he joined The Howard Hughes Corporation in 2016 as the CFO, and will continue in that role while a search is conducted for a permanent successor.

"For more than four years, the Board has had the opportunity to work closely alongside David O'Reilly," said Bill Ackman, Chairman of HHC. "Watching him execute on the company's strategic plan and pivot quickly to adjust to changed market conditions furthered our confidence in him as our new leader. David is highly respected by our employees, customers, and shareholders. That made it an easy decision for the Board to select him as our CEO. When Jay approached the company about his interest in joining HHC, we knew that his partnership with David would create a superb team to lead Howard Hughes into the future."

As the architect and leader of the company's 2019 Transformation Plan, Mr. O'Reilly realized meaningful reductions in overhead, executed on the sale of non-core assets, and refocused the company on its highly profitable MPCs. He also successfully completed an equity raise and bond offering, further diversifying HHC's funding sources and increasing its liquidity to enable the company to pursue value-creating opportunities in a challenging environment.

"It is an exciting time for me to become the CEO of The Howard Hughes Corporation," said Mr. O'Reilly. "Our acclaimed master planned communities are well positioned to realize significant growth from both new residents and corporations seeking walkable communities in natural settings with expansive open green space and sought-after urban amenities. Our MPCs offer the highest-quality live/work/play lifestyle that people and companies desire today. I look forward to partnering with Jay as we continue to drive the success of the extraordinary communities in our portfolio and tenaciously pursue every opportunity to unlock the value inherent in our assets."

The appointment of L. Jay Cross as the new President of The Howard Hughes Corporation bolsters the company's executive leadership team with an industry veteran who brings a proven track record of delivering large-scale, mixed-use projects that are proven catalysts for urban transformation and community development.

With decades of experience in the real estate industry and with professional sports franchises, Mr. Cross joins The Howard Hughes Corporation following his role as President of Related Hudson Yards. In that role, he led the ultimate development of the $20 billion, 28-acre megaproject that has redefined the west side of Manhattan—including the development of 11 million square feet of mixed-use commercial, residential, retail, and entertainment space, along with seven acres of open public space featuring the acclaimed Heatherwick-designed Vessel. Previously, Mr. Cross served as President of the New York Jets and was the driving force behind the development of the $1.3 billion MetLife Stadium, the team's joint venture with the New York Giants.

"We are extremely fortunate that Jay is joining The Howard Hughes Corporation as its new President," said Mr. Ackman. "Jay's extraordinary development career is perfectly matched with HHC's vision to accelerate strategic development in its master planned communities, and build the cities of tomorrow. Jay is a fantastic addition to our executive leadership team. With David and Jay at the helm, we are ideally positioned to fulfill our vision for HHC's growth."

Prior to his work in the New York region, Mr. Cross served as President of Business Operations for the NBA's Miami Heat and was responsible for the development of the America Airlines Arena. This $213 million waterfront project included the creation of a public-private partnership between the team and Miami-Dade County, as well as a pioneering development program for urban amenities surrounding the arena, driving the revitalization of downtown Miami. Previously, he oversaw the development of Toronto's $265 million Air Canada Centre through a complex rezoning process. The innovative dual-sport complex is home to the NBA's Toronto Raptors and the NHL's Toronto Maple Leafs, and is located on one of the finest arena sites in North America, in the heart of Toronto's downtown.

"I look forward to joining David in leading The Howard Hughes Corporation and pursuing the unique opportunities that come with developing some of our country's most-acclaimed master planned communities and mixed-use small cities," said Mr. Cross. "HHC is a one-of-a-kind real estate company, and we will work to drive the sustainable growth of our exceptional assets and create thriving walkable urban centers that will define our communities for decades to come."

The presentation will be available on the Investors section of the company's website following the conference call.

About The Howard Hughes Corporation®The Howard Hughes Corporation owns, manages and develops commercial, residential and mixed-use real estate throughout the U.S. Its award-winning assets include the country's preeminent portfolio of master planned cities and communities, as well as operating properties and development opportunities including the Seaport District in New York; Columbia, Maryland; The Woodlands®, The Woodlands Hills®, and Bridgeland® in the Greater Houston, Texas area; Summerlin®, Las Vegas; and Ward Village® in Honolulu, Hawaiʻi. The Howard Hughes Corporation's portfolio is strategically positioned to meet and accelerate development based on market demand, resulting in one of the strongest real estate platforms in the country. Dedicated to innovative placemaking, the company is recognized for its ongoing commitment to design excellence and to the cultural life of its communities. The Howard Hughes Corporation is traded on the New York Stock Exchange as HHC. For additional information visit www.howardhughes.com.

Safe Harbor StatementStatements made in this press release that are not historical facts, including statements accompanied by words such as "will," "believe," "expect," "enables," "realize," "plan," "intend," "assume," "transform" and other words of similar expression, are forward-looking statements within the meaning of the Private Securities Litigation Reform Act of 1995. These statements are based on management's expectations, estimates, assumptions, and projections as of the date of this release and are not guarantees of future performance. Actual results may differ materially from those expressed or implied in these statements. Factors that could cause actual results to differ materially are set forth as risk factors in The Howard Hughes Corporation's filings with the Securities and Exchange Commission, including its Quarterly and Annual Reports. The Howard Hughes Corporation cautions you not to place undue reliance on the forward-looking statements contained in this release.

The Howard Hughes Corporation does not undertake any obligation to publicly update or revise any forward-looking statements to reflect future events, information or circumstances that arise after the date of this release.

Nathaniel Milner To Develop E-Commerce Platform For Relaunch Of...