NEW YORK, April 18, 2017 /PRNewswire/ -- Today, The KIND Foundation, a nonprofit established by KIND Healthy Snacks, unveils Pop Your Bubble – a digital tool that will connect Facebook users with people who are different than them. The release comes as new research underscores our tendency to surround ourselves with likeminded people and ideas, with only one-in-five adults regularly seeking out friends who have different perspectives. The study, fielded by Morning Consult, also confirms the severity of our "filter bubbles" and the extent to which algorithms dictate what we see or don't see online, with a mere 5% of adults seeing social media posts that differ greatly from their world view. 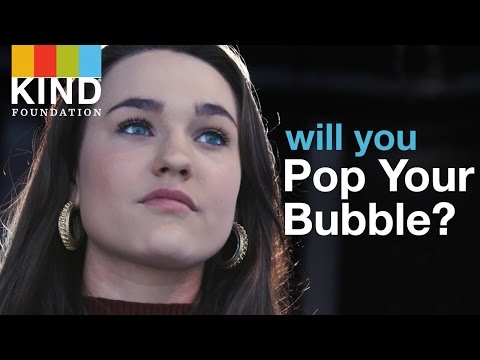 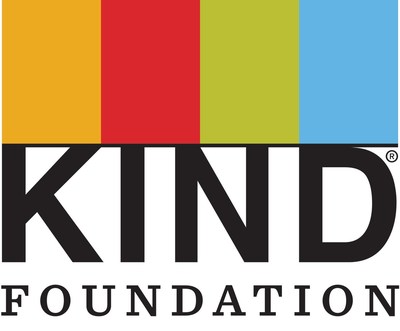 The custom algorithm behind Pop Your Bubble deviates from traditional algorithms that suggest familiar content based on past activity and interests. Conversely, this tool scans a user's Facebook profile and activity and suggests people whose profile and activity are least like theirs. Specifically it matches users with those who differ across key demographics, such as geographic location and age, and have historically liked and shared dissimilar content. Users are then prompted to follow at least 10 new people whose posts will subsequently appear in their feed. Those who want to go a step further can add their profile and allow future users to follow them.

"In developing the Pop Your Bubble algorithm, we took into account a variety of factors that shape someone's point of view, including where they live, when they were born and the information they choose to subscribe to. Our tool intentionally matches people on a broader basis than politics alone to better account for the whole of who they are," says Elle Lanning, an advisor to The KIND Foundation. "Using the tool may prove uncomfortable for some, as they will be confronted with ideas and opinions that diverge from their own. But we're hopeful that with that discomfort comes an opportunity for greater understanding."

While the algorithm does not directly suggest matches based on a user's political leanings, politics will inevitably be a factor due to the emphasis placed on past likes and shares. According to Robb Willer, Professor of Sociology and Psychology at Stanford, engaging with those who hold opposing viewpoints – political or otherwise – is healthy and part of being an engaged citizen, even if those engagements don't ultimately change our mind.

"I believe it's important to pay attention to other viewpoints because it ensures your own views are fully informed and allows you to pay a basic respect to your fellow citizens," says Willer, who studies the forces that unite and divide us. "This initiative may be part of a better way forward – a way that emphasizes working on common concerns with respect rather than antagonism or anger."

Lately, national discourse has centered on Americans' political identities, but, according to the Morning Consult study, most people don't actually consider "political party" one of the top traits important to who they are. In fact, only 5% of adults identify primarily as members of their political party, with the overwhelming majority identifying first as friends, spouses or partners, and parents. A higher percentage of people define themselves as fans of a sports team, citizens of a state, and even in terms of their favorite hobbies before Democrats or Republicans. Increased exposure to the various aspects of other people's lives may help increase empathy and bridge divides.

"The polarization we've been witnessing over the last few years – and in an accelerated fashion over the last few months – prompted this initiative. People are having difficulty being exposed to other perspectives, let alone being able to see the world through a different prism," says Daniel Lubetzky, President of The KIND Foundation and Founder & CEO of KIND. "We're hopeful that those who use our tool will develop greater empathy towards one another – something we believe is critical to uniting our country and strengthening our world."

U.S. Facebook users who are at least 18-years-old can visit www.PopYourBubble.com to get started. To view additional findings from the Morning Consult study, visit this link.

About The KIND FoundationThe KIND Foundation is a 501(c)(3) organization established by KIND that aims to foster kinder and more empathetic communities. Its mission is brought to life through a variety of programming meant to celebrate and inspire positive action. In 2016, through a program called KIND People, The KIND Foundation celebrated seven individual transforming their communities through kindness with $1.1MM in prizes. Each month, the Foundation also awards one socially-impactful cause with a $10,000 grant. In 2017, it will help mobilize young people to build kinder, more inclusive communities. To learn more, visit www.kindsnacks.com/foundation.

About KIND Healthy SnacksSince 2004, KIND has been on a mission to make the world a little kinder one snack and one act at a time. KIND was born out of its founder's desire to create a snack that was healthy and tasty, wholesome and convenient. What began as a line of premium fruit & nut bars sparked the creation of an entirely new healthier snacking category. Since day one, kindness has been at the core of its business. KIND was founded with a social mission, called the KIND Movement, which celebrates and inspires kindness through acts big and small. Today, the Movement is brought to life through both the brand and The KIND Foundation. To learn more, visit kindsnacks.com.

About the StudyMorning Consult, on behalf of The KIND Foundation, conducted an online survey of 2,400 registered voters from March 7-9, 2017. Results from the survey have a margin of error of +/- 2%.