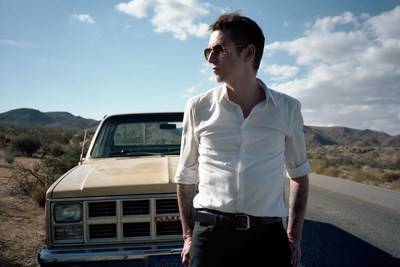 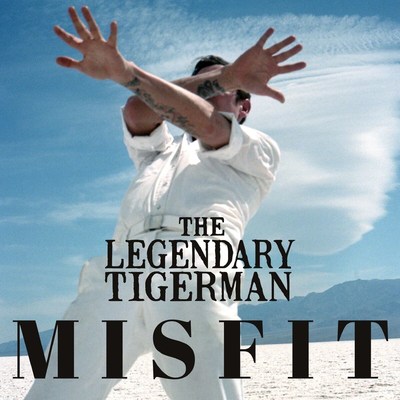 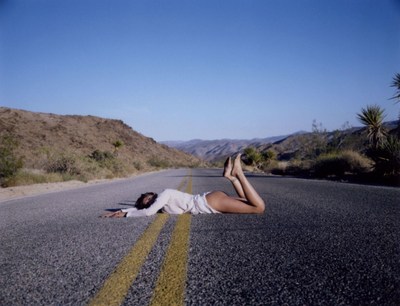 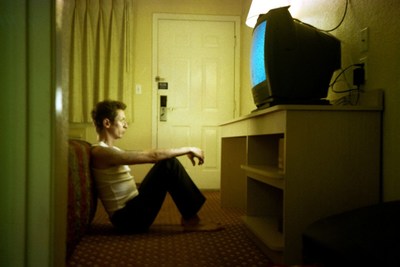 London's Dirty Water Records, together along Metronomo Management (Lisbon), Peer Music and Alter-K Records (Paris) and in cooperation with Sony Music/Jive Epic, are pleased to announce the US and UK album release of 'Misfit' by European blues-punk sensation, The Legendary Tigerman (A.K.A. Paulo Furtado). 'Misfit' will be released on Dirty Water Records in the US and UK territories on August 24th, 2018 and will feature limited edition white coloured 12" vinyl coupled with four exclusive and unreleased bonus tracks entitled 'Misfit Ballads EP'.

"We're so pleased to welcome Paulo Furtado a.k.a. The Legendary Tigerman to our growing family of exceptional artists," said Dirty Water Records partner, Matt Hunter. "We've long been fans of his since way back with Portuguese garage-punk legends the Tédio Boys and are very much looking forward to working with him on 'Misfit'."

Multi-instrumentalist, blues passionate, The Legendary Tigerman began a solo career in 2000. He is one of the leading artists of the new Portuguese scene, playing with the clichés of rocker macho, fascinated by the 50's aesthetics.

Earlier this month, the video (and albums second single) for 'Motorcycle Boy' was released with a 'Staff Pick' from Vevo and featured in an online RedBull campaign. 'Motorcycle Boy' will officially release as the album's second single in the USA and UK on July, 13th everywhere music is sold online. The video was shot by directors James F. Coton and Masato Riesser. Equal parts documentary and music video, 'Motorcycle Boy' offers a raw glimpse into the slowly vanishing culture of Bōsōzoku - the motorcycle gangs that once ruled the roads of Japan back in the 90's.

Tigerman is all about roots, the essence of things, always keeping it real, gritty and true. From 2001 to 2006 he recorded three records that established him as one of Europe's best kept secrets, playing festivals from Japan to Brazil.

In 2009 he released 'Femina', a record about women with special guests like Asia Argento, Peaches, Lisa Kekaula, Becky Lee, Phoebe Killdeer, Cibelle, Maria de Medeiros. A year later the record was platinum in Portugal and one of the records of the year for newspapers and magazines such as Les Inrockuptibles, Rock & Folk, Telerama, El País, among many others. Sold-out shows, festivals, praise from the press. The secret was out.

In 2014,'True' sees the daylight though the light is much darker, much more complex. It's rock & roll but with orchestras and brass and drums with truth on every corner, shape or sound coming off from this outstanding record. In the words of Lindsay Hutton, "True comprises the type of music that really has been known to save souls." Touring extensively across Europe, Brazil, Mexico or China, The Legendary Tigerman took on the rock & roll ride full on, no more a one-man-band, now touring as an amazingly powerful trio with drums and baritone sax.

The story of The Legendary Tigerman's awaited sixth album, 'Misfit', starts with a road movie, 'How To Become Nothing', a three-head project by Paulo Furtado, Rita Lino and Pedro Maia. In May 2016, the trio landed in Los Angeles to film a psychedelic adventure in the form of a road movie between Los Angeles and Death Valley, about the philosophically disturbed journey of a man searching to become nothing. During two weeks of travelling, Paulo 'Tigerman' Furtado spent his days writing the diaries of this imaginary man, acting, while at night, in motel rooms across the California deserts, armed with a Gibson SG, he started writing the songs of 'Misfit'. The album was recorded at Rancho de La Luna, Dave Catching's legendary studio in Joshua Tree, in the heart of the Mojave Desert, and mixed and co-produced in Paris by Johnny Hostile (The Savages, John & Jehn) at Pop Noire Studios.

"We recorded in a very simple and classic, yet powerfully equipped studio in the desert," says Paulo, "and having it mixed by someone with a fresh approach to rock & punk was my original desire, and, for me, the key for recording a truly powerful, non-compromising 21st Century Rock ́n ́Roll record."

"I wanted to create a 'wall of sound'. By playing guitar through five different amplifiers with a wide range of effects, using drum & bass machines, and with this unique combo of heavy guitars, a low baritone sax and big fat drums, I do believe we found some rock ́n ́roll sounds that we had never heard before. In December 2016, the musicians and I headed back to the desert, for twelve days. We lived the slow desert life, between the studio, the Joshua Tree Saloon, and the Pappy and Harriets, a pub in Pioneer Town, where we went to enjoy some live music. While Dave cooked some amazing Louisiana and Tex-Mex dishes for dinner, fueled with red wine, Modelo beer and Tequila, we recorded the songs in live takes, and then built the wall of sound with overdubs."

Paulo Furtado, on the concept and origins of 'Misfit': "I got inspired by Dave Richmond's book How To Disappear Completely and Never Be Found, said Paulo, and imagined the journey of a man called Misfit who wanted to lose himself in the desert and actually become nothing. Therefore, in May 2016, me and my image crew, we headed to Los Angeles and for twelve days we travelled until we had reached our final destination; Death Valley".

"Everyday during this journey, I would wake up at 6:30 am and write a new entry to the diary of this man," says Paulo. "Before going to sleep, I would always try to write a song. I wanted to write songs that were influenced by the desert, by its heat, by the suffering of this quest, and by this man."

About The Legendary Tigerman

Multi-instrumentalist, blues passionate, The Legendary Tigerman began a solo career in 2000. He is one of the leading artists of the new Portuguese scene, playing with the clichés of rocker macho, fascinated by the 50's aesthetics.

Peer Music was founded over 90 years ago by renowned visionary Ralph S. Peer, and is the largest independent music publisher in the world, with 32 offices in 28 countries and well over half a million titles. In January 1928, Peer established the firm as Southern Music Publishing Company, Inc., with headquarters in New York City. As a young A&R man, Peer guided the first blues recording by African-American singer Mamie Smith ('Crazy Blues'), the first country recordings with Fiddlin' John Carson, and greenlit Louis Armstrong's seminal Hot Five sessions while working for Okeh Records.

The Dirty Water Club started in October 1996 in the Tufnell Park neighbourhood of north London, at a venue called The Boston. The club's name is derived from The Standells' 1966 hit 'Dirty Water' which glorifies the US city of Boston, Massachusetts. Past performers have included The White Stripes (voted byQ Magazine as one of the top 10 gigs of all time, Mojo one of the top 30 and Kerrang one of the top 100!), The Gories, Country Teasers, Black Lips, NOBUNNY, Kid Congo Powers, The Fleshtones, Billy Childish, Radio Birdman, The Dirtbombs, Thee Michelle Gun Elephant, The 5.6.7.8's, The Horrors and The Brian Jonestown Massacre to name just a few. The club has also seen some original '60s performers, such as The Monks, ? and the Mysterians, Kim Fowley, Sky Saxon, GONN, Michael Davis of the MC5 and more grace its stage.

Their in-house record label, Dirty Water Records, is one of the leading garage/beat/(real) R&B labels in the world.

In 1971, South African musicians Clive Calder and Ralph Simon began a publishing and management company. It was named Zomba Records and relocated to London, England, four years later; their first client was a young Robert "Mutt" Lange. Zomba originally wanted to avoid record labels, choosing instead to focus on their songwriters and producers while allowing other established labels to release the material. In 1981, Zomba formed Jive Records, whose operations began with the release of British dance and pop music such asQ-Feel, A Flock of Seagulls, and Tight Fit. Today, the Jive brand is being exclusively used under the Sony Music France division under the name JiveEpic inFrance.[11]