The tribute kicks off on Monday with the debut of a new website, www.fellini2020.com, along with the digital music and video release of "Siboney" from Amarcord, performed by Simona Rodano with a new lyric by Vinnie Favale titled "Rimini," a tribute to Fellini's hometown.

Rodano and Favale will be releasing monthly music releases and tribute videos throughout the year as well as producing concerts, special screenings, and art shows to celebrate the life of Il Maestro.

Favale and Rodano have long shared a passion for Fellini's films and the music of Nino Rota (and in later years Luis Enríquez Bacalov, Gianfranco Plenizio and Nicola Piovani) that played such an important part of Fellini's work.

"Fellini's influence on film, music, fashion and pop culture cannot be overstated…in my opinion he is the Beatles of cinema," says Favale.

"As someone who was born and raised in Italy, Fellini's presence in my life was cemented at an early age. His movies and music have influenced my own work in a powerful way," says Rodano.

Federico Fellini was born in Rimini, Italy on January 20th, 1920. His early years in Rimini were a big influence on his films, notably "I Vitelloni" and "Amarcord." Fellini won five Oscars, and two of his films ("La Dolce Vita" and "8 ½") regularly make critics' lists of the greatest films of all time.

Simona Rodano is the founder of Incanto Productions, Corp., which specializes in multicultural and multilanguage productions for schools and families. It is dedicated to the improvement and expansion of teaching and learning languages at all levels of instruction through music and theatre. For more information go to www.incantoproductions.com.

Vinnie Favale is the founder of Favale Media, which specializes in Live Events, Films, Musical Theater, Scripted & Unscripted Programs. Favale is a veteran of CBS, David Letterman, The Howard Stern Show and a founder of Comedy Central. He is the co-creator of the internationally acclaimed off-Broadway show, Hereafter Musical. The film version, starring the late Danny Aiello in his final film role, will be released in 2020. For more information go to www.vinniefavale.com. 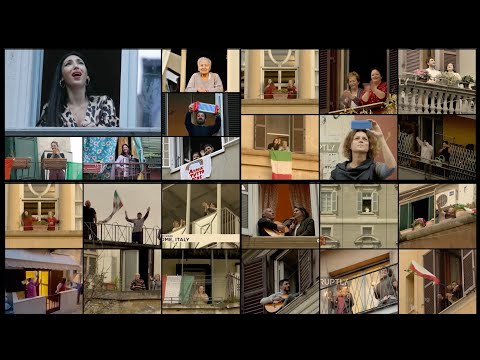 The Maestro of Cinema: A Yearlong Celebration of Federico Fellini